All About Kyushu: Food, Culture & History 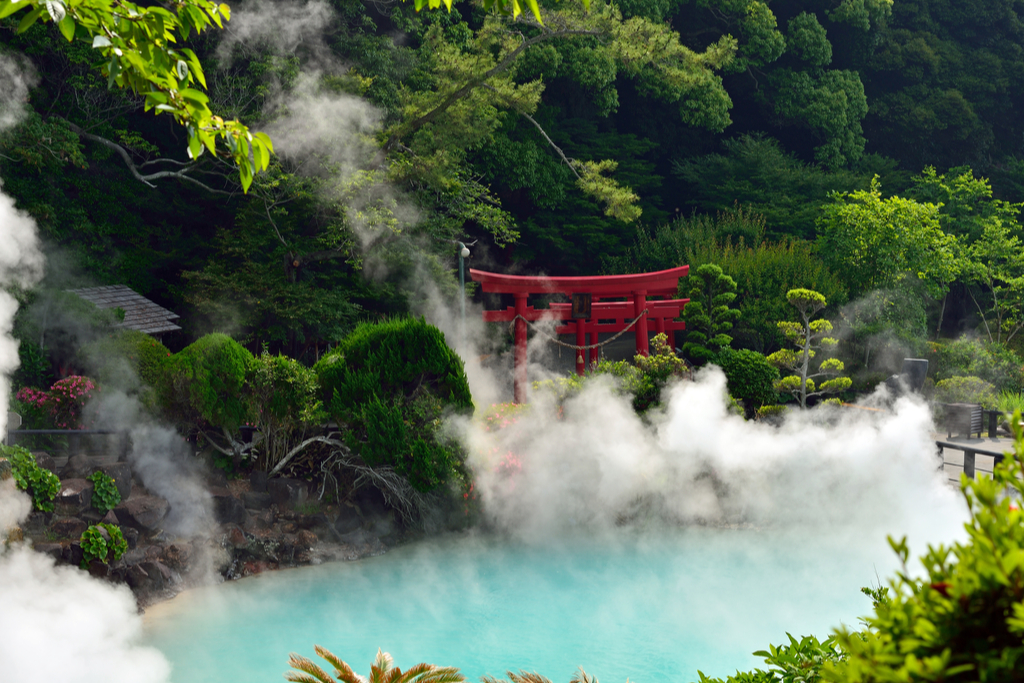 Kyushu, which means “nine provinces”, is one of the southern islands in the Japanese archipelago. This region was culturally separate from mainland Honshu for many centuries and has an archeological site called Yoshinogari with evidence of settlements from 400 BCE.

Even in modern-day Japan, Kyushu still has a vibrant culture that extends to everything from cuisine and alcohol, to festivals and cultural sites. And while standard Japanese is the official language, there are areas across the region where the local dialects are still thriving. From food to festivals, Kyushu has so many things to see and experience. Read on to learn more about this unique part of Japan.

Otherwise known as tonkotsu ramen, this Fukuoka (northern Kyushu) specialty features a pork-bone based broth and perfectly al dente noodles that is now famous the world over. But how did a humble dish served to workmen in the business sector of Fukuoka city become a dish that now has a place in world class cuisine? And what distinguishes Hakata ramen from other regional types across Japan?

Learn all about the origins and process of this Kyushu comfort food in our article What is Hakata Ramen? Fukuoka’s World-Famous Dish.

Every autumn in Japan, people in the cities and countryside alike delight in the changing of the leaves. The activity initially began as a way for the nobility to mark the season in a similar manner to cherry blossoms, but involved travelling further distances due to the absence of bright foliage in their own gardens. The excursions to the countryside became a custom exclusively reserved for the nobility, but eventually were opened up to the masses in the Edo Era (1603-1868).

Find out more about this seasonal tradition and all about the top spots to view the leaves in Kyushu with our article Foliage: The Japanese Tradition of Koyo.

As one of the 3 premier castles of Japan, along with Himeji Castle and Matsumoto Castle, Kumamoto Castle is the pride of Kumamoto City. Starting out as a fortress in the 15th century, this beautiful structure has been the residence of several notable historical figures and has seen many battles. Read our blog to learn about the dramatic history of this architectural masterpiece.

Festivals in Japan are a reason for towns and cities to gather together to celebrate. From marking the changing of the seasons, to preserving culture, there is always some sort of event to look forward to. Kyushu is no exception and has an amazing variety of festivities spread throughout the year. Read our blog “5 Kyushu Festivals Not to be Missed” to learn about which ones made our list.

The Sugar Road of Nagasaki

The prefecture of Nagasaki is famous for their love of sweets and the wide variety of desserts they produce. Many of the wagashi we would recognize today, such as daifuku, manju, and yokan, were adapted in the past 400 years with the introduction of sugar from European trading partners. The sugar was imported first through the port of Nagasaki, through the prefecture, and then onto Honshu towards the major cities of Osaka, Kyoto, and Tokyo. Nagasaki being along the trading route is why the dessert culture is so deeply entrenched into the culinary traditions of this region.

Learn more about the history of the introduction of sugar to Japan from Europe and how this delicate relationship took place even during the isolationist period in our article “Nagasaki – Kyushu’s Sugar Road”.

While sake may be famous worldwide, there is another Japanese alcohol that is just as prevalent and popular, particularly in Kyushu: shochu. This spirit, usually made from potatoes, is the drink of choice in the southern island. While there are similar variations in East Asia, it is only just beginning to get recognition in the West.

Learn more about this alcohol that is the base for the most popular cocktail in Japan, chu-hai, with our article: Kyushu: The Shochu Kingdom of Japan.