Kyushu: The Shochu Kingdom of Japan 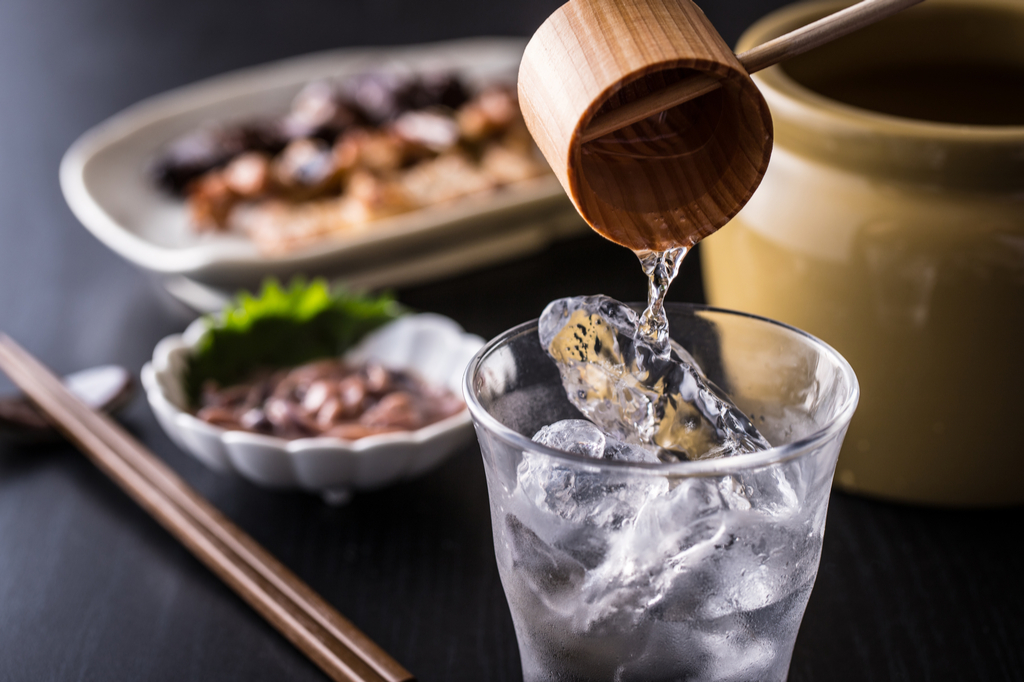 While sake may be famous worldwide, there is another Japanese alcohol that is just as prevalent and popular, particularly in Kyushu: shochu. This spirit, usually made from potatoes, is the drink of choice in the southern island. While there are similar variations in East Asia, it is only just beginning to get recognition in the West.

If you travel anywhere in Kyushu and order “sake”, you will likely be given shochu. In Japanese, the word sake refers to alcohol in general, while the rice wine people outside Japan associate with the word is called “nihonshu”. In Kyushu, it is assumed when you order alcohol, that of course you mean shochu.

Shochu, which means “burned alcohol”, is a distilled spirit made most often from sweet potato, but also rice or wheat, that is heated up during the manufacturing process. Aside from the most common sweet potato version simply known as shochu, the two other styles are kokuto shochu (brown sugar and rice) from the Amami Islands between Kyushu and Okinawa, and soba shochu (buckwheat) from Miyazaki Prefecture.

There are also two classifications of shochu: Honkaku Shochu (single distillation) and Korui Shochu (consecutive distillation). Depending on the region in Kyushu, the local population usually favors one over the other.

Alcohol distillation made its way to Kyushu over 400 years ago through two separate trading routes and it’s unclear which one came first. Kyushu had a vibrant trade with China, Korea and Okinawa (which was the independent Kingdom of Ryukyu at that time).

The word shochu is very linguistically similar to both the Korean alcohol soju and Chinese alcohol shaojiu, however that is where the similarities end as these varieties of alcohol now have different base ingredients and flavors. It is possible however, that they shared the same origins.

The other possibility is that shochu originated in Okinawa and made its way into Kyushu along with sweet potato (imo) as the fermentation process uses a type of mold unique to Okinawa.

Shochu is made using a type of fermented mold called koji that is usually grown on rice or barley and helps to convert the starches in the sweet potato to sugar, which then turn into alcohol. Koji features in almost all other Japanese fermented foods, such as soy sauce, miso, mirin (Japanese cooking wine) and sake. However, while Japanese sake employs yellow koji, shochu is made with black koji, an ancient mold from Okinawa.

Traditionally, shochu is distilled in an atmospheric pot, before it is filtered and then aged in a clay pot or even sometimes an oak barrel. Like many distilled alcohols, there is room for experimentation and customization, and even a small tweak in one process can have a huge impact on the flavor. This has resulted in a wide selection of shochu, with each region producing their own unique variety.

Today, shochu is actually more popular in Japan than sake and is widely enjoyed across the country. Compared to sake, which can often have an alcohol percentage of anywhere from 15 to 40%, the most common types of shochu sit at 25%. It is often diluted further with mixers, such as sparkling water, soda, or even just cold water.

An extremely popular cocktail in Japan is the chu-hai (shochu highballs) which are made with a variation of shochu that has a very neutral flavor, making it ideal as an alcohol base. Chu-hai come in many flavors, with fruit versions being the most popular. If you go to any izakaya (pub) in Japan, the drink menu always includes a selection of chu-hai.