5 Kyushu Festivals Not to be Missed 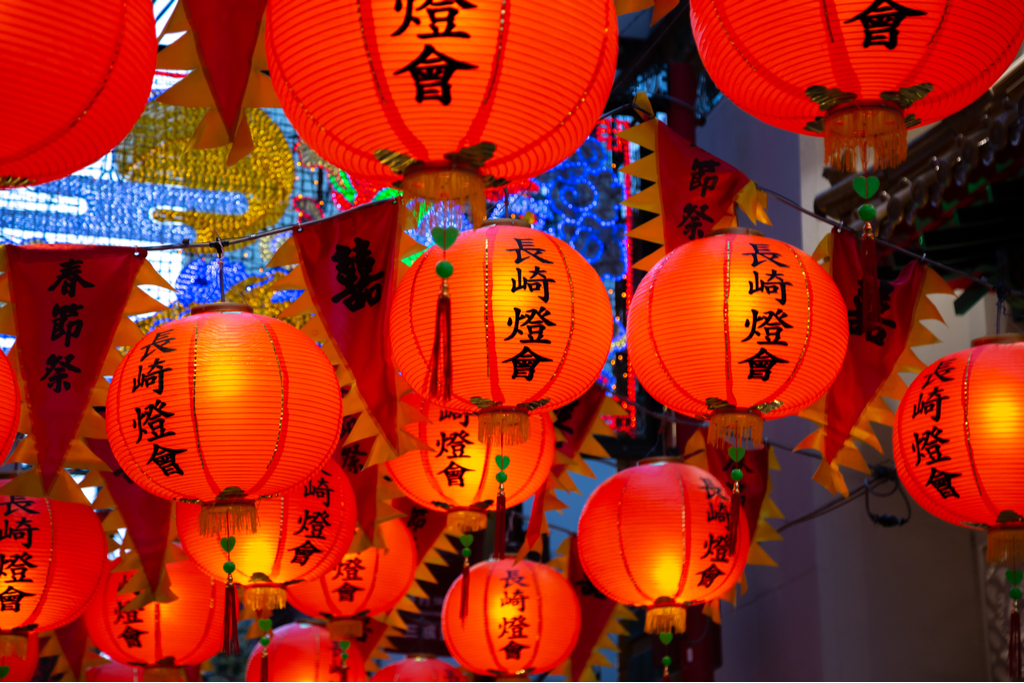 Festivals in Japan are a reason for towns and cities to gather together to celebrate. From marking the changing of the seasons, to preserving culture, there is always some sort of event to look forward to.

Kyushu is no exception and has an amazing variety of festivities spread throughout the year. Read on to learn about which ones made our top 5.

The region of Kyushu has a long history and rich culture, with historical ruins and ancient tombs that date as far back as the early 3rd century BCE. Geographically and culturally separate from the island of Honshu, the people of Kyushu have developed their own traditions over the centuries and in many regions, the local dialect is still alive and thriving.

This festival is a beautiful combination of Chinese and Japanese traditions. It was initially started by Chinese immigrants in Nagasaki to mark Chinese New Year but in 1994 grew beyond the Shinchi Chinatown and was embraced as a yearly winter tradition by all the city residents.

Throughout the festival, beautifully crafted Chinese-style lanterns are on display, with dragon and lion dance performances, and a procession to reenact the arrival of Chinese ships in the port of Nagasaki during the Edo Period (1603-1868).

One of the oldest festivals in Japan, Hakata Dontaku’s origins can be traced back to 1178, in the Heian Era. Initially known as Matsubayashi, it was a celebration of the local feudal lords to thank them for their kindness as well as to wish them good fortune and prosperity.

In the Meiji Era, it was banned due to being considered “too extravagant” but after a quick name change to Hakata Dontaku, it managed to survive. Curiously, the name Dontaku comes from the Dutch word Zondag, which means both “Sunday” and “holiday”. Nowadays, the festival is a 3-day event with participants dressing in traditional dress, performing dances, and showing their respect for three deities: Fukurokuju (the god of longevity), Ebisu and his wife Daitoku (the gods of health).

In the first weeks of July in Hakata, a district of Fukuoka City, teams can be seen practicing for a very specific endurance event: a festival float race. 7 teams representing each of the neighborhoods in the district compete to complete a pre-designated route around the town in the shortest time, all while dragging along a huge and heavy float.

Kakiyama floats made for the race measure about 5 meters and weigh about a ton. And on July 15th at 1 am, teams line them up at the starting line right by Kushida Shrine, the host shrine of the festival. At 5 am, the race starts with teams leaving in 5-minute intervals and navigating the narrow streets and tight turns as fast as they can. It takes most teams about 30 minutes to complete the course, with crowds of spectators cheering them on every step of the way.

The highlight of this beautiful event is the One Thousand Lantern Dance when hundreds of women dance through the night wearing white yukata (a summer kimono) tied with red sashes and an illuminated paper lantern tied atop their heads.

This festival is said to originate from an ancient story of the Yamaga residents aiding Emperor Keiko (71 to 130 BCE) when he and his followers found themselves lost in the fog. The townspeople used lit pine torches to light the way and guide them back to safety.

During the days of the festival, many beautifully handcrafted lanterns, some in the shape of famous Japanese landmarks, are displayed throughout the city. When the festival comes to a close, the lanterns are presented to Omiya Shrine as offerings.

Held every year in Saga Prefecture, this visually stunning festival is in celebration of the autumn harvest and has been a tradition for over 400 years. The festival is actually a 3-day parade where participants pull enormous floats through the city. The procession starts at Karatsu Shine and ends at Nishino Beach, after which everyone celebrates with music, food, and drinks.

There are 14 floats which take part, called hikiyama, including everything from mythical dragons and killer whales, to local heroes. While seeing them in action is impressive, they are also on display at Karatsu Shrine throughout the year.

Which of these 5 famous Kyushu festivals are you most interested to experience? Let us know in the comments below.