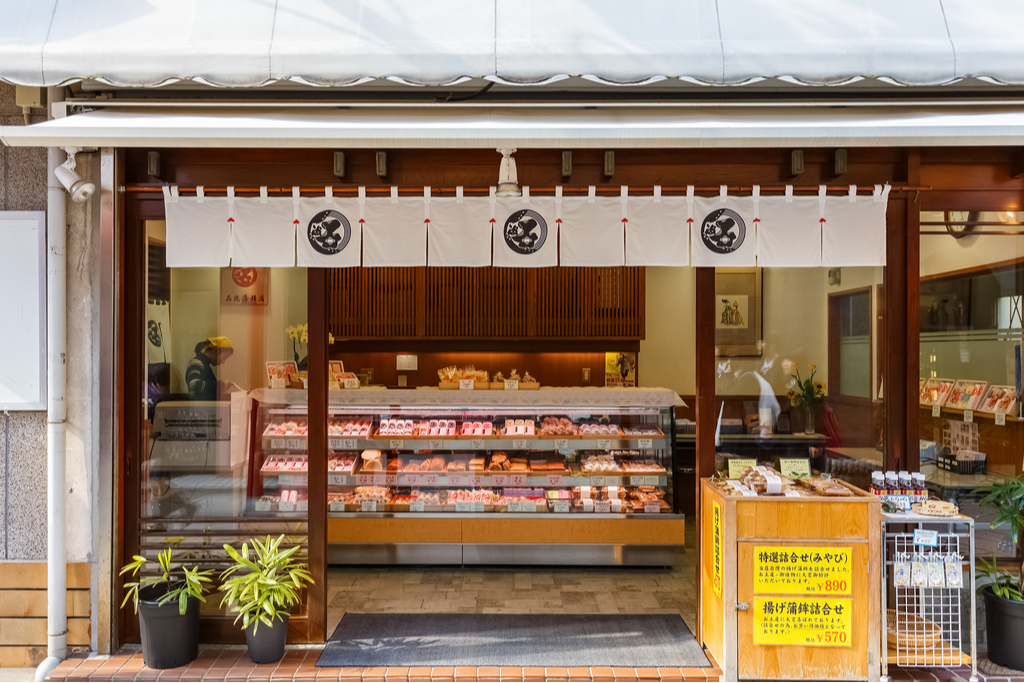 When Portuguese missionaries first arrived on Tanegashima island in 1543 they brought with them a gift that would transform Japanese cuisine forever.

The Shogun was presented with gifts of European confectionery made with eggs, flour, and sugar and from that encounter, a national obsession with sugar was born.

Before their arrival, Japanese sweets were made with plant-derived sweeteners and sugar was a luxury reserved for medicinal uses, so these exotic desserts were a completely new flavor and culinary experience for the lucky few who got to try them. But only a few decades later, trade with the Portuguese, Dutch, Spanish, English, and Chinese began, and sugar (along with weapons) became key imports.

What is the Sugar Road?

The sugar road is the actual road that imported sugar travelled through within Kyushu. Starting in the east on Dejima, an island in Nagasaki, it was placed on ships, then went along the Nagasaki Kaido which cuts across the main island of Kyushu, all the way to Kita-Kyushu, in the northwest. From then on, it was distributed across Japan.

The further the sugar travelled, the more its price rose, so along this route in Kyushu, when it was at its most affordable, a dessert culture soon evolved. Many of the Japanese desserts we now recognize were developed during this time, with many shops carrying on the traditional methods to this day.

This humble outpost, established in 1641, was part of a larger complex created by the shogunate on the manmade island of Dejima to house the European traders. There was housing, a warehouse, and the all important sugar scale, which is still on display today. While the original Edo structures have long since disappeared, there are reconstructions of the dozen wooden buildings that are part of a museum for the period.

While the Portuguese were the first Europeans to arrive in Japan, their endeavors in converting the local population to Christianity soon drew the ire of the Tokugawa Shogunate. While the shogun first welcomed the traders, in 1612 Christianity was banned and in 1634 Tokugawa Iemitsu ordered for an artificial island to be built to accommodate the merchants, but also to limit their interaction with the population.

Finally, in 1641 Japan entered a period of self-imposed isolationism that lasted over 2 centuries with the Dutch East India Company as their sole European trading partner. But while the government did their best to stop any spread of western culture seeping into the country, food always found a way. The Dutch Trading Post even showcased a traditional European Christmas feast which they called a winter feast to appease the Shogun.

One of the most popular imported desserts was castella cake which was first introduced by the Portuguese, and then adopted by the Dutch. Although it was initially very expensive to make due to the use of sugar and butter, over the centuries it eventually became a classic tea time snack and even breakfast food in the region.

To highlight just how far back this tradition extends, there is a company in the city Isahaya called Kashuen Moricho which has been making desserts, including castella cake, since 1793.

The End of an Era

The relationship between the shogun and The Dutch Trading Company continued for over 2 centuries, but came to a swift halt in the Meiji Era (1868-1912) when the feudal system was abolished and Japan set its sights on modernization. It was during this time that Japan began producing its own sugar, thanks to the recent annexation of Okinawa.

With the shogun defeated and a new source of sugar established, this marked the end of the sugar road. But by this time, much of the Japanese population had developed a taste for sweets, so the culinary traditions remained even if the trading route did not.