Chocolate in Japan: From Obscure Luxury to Staple Sweet 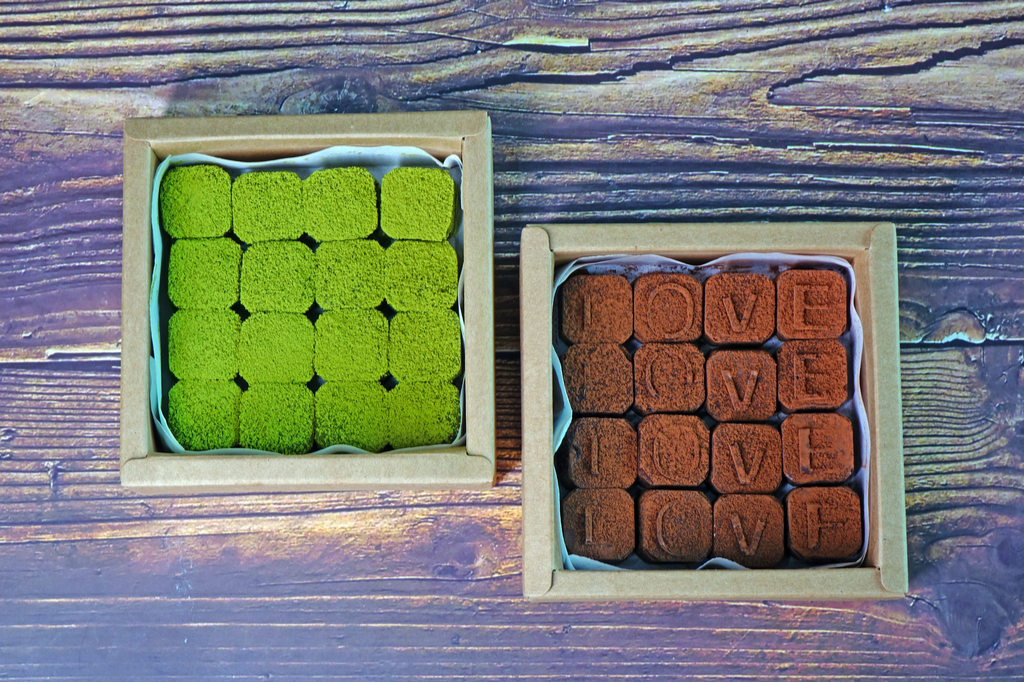 While lacking the centuries-old history of wagashi, Japanese traditional confections, Japanese chocolate has risen to world fame in a relatively short amount of time. Initially only available to the wealthiest of Japanese society, chocolate became increasingly popular to a point where it has surpassed traditional Japanese sweets as a candy staple.

History of Chocolate in Japan

Japan had a few encounters with chocolate during its policy of national isolation in the Edo period which lasted from 1603 to 1867. First seen as a drink in the hands of Dutch merchants visiting the only accessible port in the country, chocolate failed to make a broader impact on Japanese people at first.

After Japan ended its isolation, Western confectionery became available in places where non-Japanese settled, such as Yokohama. But chocolate remained an expensive imported product, purchased almost exclusively by foreign residents or wealthy Japanese who had taken in all things Western.

From Wagashi to Japanese Snacks

The turning point for chocolate in Japan was the 1920s. Domestic manufacturers were factory-producing a variety of chocolate snacks marketed as nutritious energy providers for a newly developing modern lifestyle in the cities. Middle and upper class adults could afford this new sweet which led children to be exposed to it too.

The onset of a new, more Western lifestyle also meant the end of wagashi’s dominance over the market. Factory made, modern looking, individually wrapped sweets were now a sign of high quality and hygiene. Compared to handmade wagashi they looked like the future.

Wagashi were also mostly made to accompany green tea (specifically as a part of tea ceremony) and therefore had to be light in taste to not take away from the main attraction. This put the focus on their visual appeal, something that Japanese chocolate makers still embrace in their packaging and variety of flavors today.

After World War II and the following US occupation, American soldiers would often hand out chocolate to Japanese children, ultimately enabling its way into the general population.

Curious to try out some Japanese sweets of your own? Sakuraco sends traditional sweets & snacks, including chocolate, from across Japan to your door.

Today there are five major Japanese candy makers dominating the chocolate market in Japan : Morinaga, Meiji, Lotte, Ezaki Glico and Fujiya. Morinaga and Meiji have been around the longest and can take credit for introducing Japan to chocolate bars in particular.

Their chocolate is available on practically every street corner at konbini, Japan’s convenience stores. With chocolate now occupying a considerably larger share of the market than traditional Japanese sweets, companies are constantly coming up with new flavors and packaging styles to stay competitive.

Unlike Western chocolate, which usually prides itself on the quality of its milk chocolate more than anything, no flavor is off limits for Japanese chocolatiers. This has led to some unique Japanese flavors like matcha, a refreshing Japanese green tea chocolate.

Easily the most recognizable offshoot of Japan’s spin on chocolate are Japanese Kit Kats. While not made by a Japanese company, Nestle Japan has released well over 200 flavors up to the present day. Options range from blueberry cheesecake to soy sauce, with more limited editions constantly being released. Glico’s Pocky is another great example of this, albeit with not quite as many flavors.

But convenience stores and supermarkets are far from the only places to find Japanese chocolate. One of the most popular food stalls at Japanese festivals is none other than the classic chocolate covered banana. Dark chocolate has also gained popularity in recent years with more focus on the bean to bar process in the final product. Lastly, craft chocolate has also slowly been making its way into Japan, with boutique chocolate makers setting up shops in Tokyo.

It is impossible to talk about Japanese chocolate without also mentioning Valentine’s day. Japanese chocolate makers saw an opportunity to increase their sales by introducing this Western holiday with clever marketing campaigns. Not only did they just succeed, in an effort to further increase sales they also added a whole other day to the formula called ‘White Day’.

For the Japanese version of Valentine’s day, women are expected to give chocolate to the men in their lives, both to colleagues as well as loved ones. Men are then supposed to return the favor on White Day a month later on March 14th. Not all chocolate given is equal however, with supermarket chocolate usually reserved for ‘obligation chocolate’ such as at the workplace and ‘genuine chocolate’ reserved for those one has romantic feelings for.

While Japan’s chocolate history is still short by comparison, there has certainly been no shortage of innovation. With Japan’s unique perspective on sweets, more unique chocolate creations are sure to follow.

Have you tried any Japanese chocolate we forgot to mention? Let us know in the comments below!