​​A Quick Guide to Kyoto Sweets 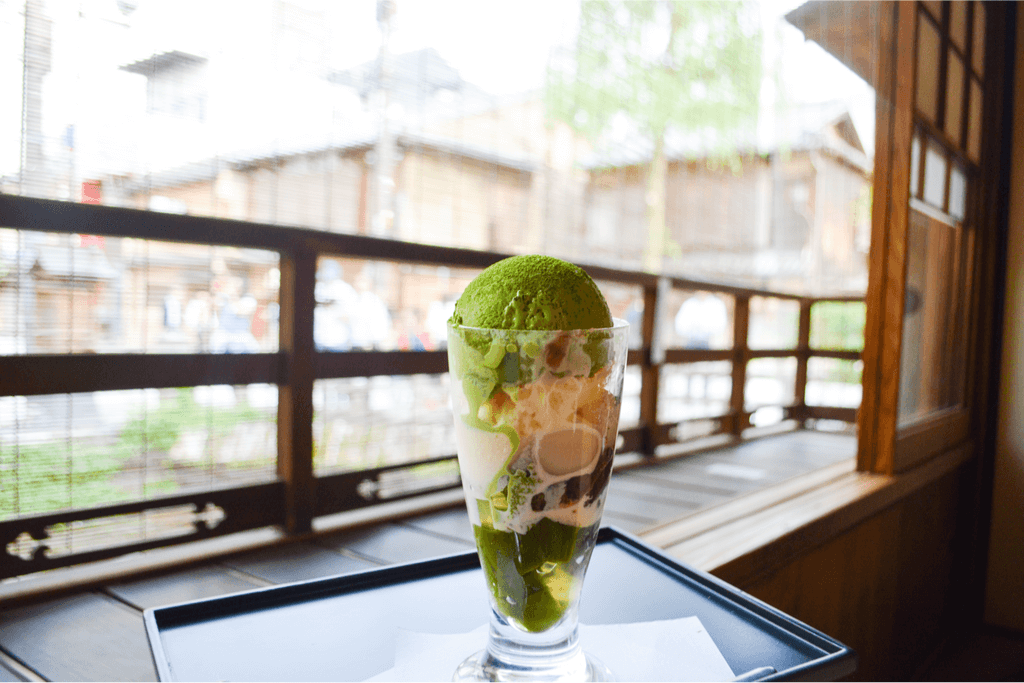 Kyoto is one of the most popular destinations in Japan as it is a city that blends the best of Japanese culture, history and natural landscapes. Apart from that, Kyoto is also an excellent destination to satisfy your sweet tooth as it offers some of the best Japanese wagashi – traditional Japanese sweets. Kyoto sweets are crafted to be as pleasing to the sight as to the taste.

Kyoto sweets produce an elegant appearance and taste that are alive with the flavors, history, and culture of Kyoto. Here are some of our favorite Japanese sweets from Kyoto that you should try at least once in your life!

Being one of the best-known meibutsu (famous regional products) from Kyoto, they are the classic souvenir sweets of Japan’s ancient capital city. Since it’s a very well-known gift from the city, you can purchase it even at the international airports in Japan.

Yatsuhashi are made from rice flour, sugar, and cinnamon. The mixture is then steamed and baked to create a delightfully crispy, cookie-like texture, similar to a thin Japanese rice cracker, or senbei.

It’s typically filled with red bean paste inside and many other flavors like matcha, black sesame, cherry blossoms, green apple, chocolate, mango, peach, and so on. Yatsuhashi are also occasionally covered in chocolate or flavored with green tea, and most variations pair well with tea.

Besides being delicious, Yatsuhashi also has a deep origin tied to it. It’s said to be originated from the influence of a blind monk by the name of Yatsuhashi Kengyo.

According to the legend that Yatsuhashi was a musician and humble man who taught those around him not to waste any of the rice that inevitably becomes stuck to the pot when it’s being cooked. A few years after his passing, the townspeople honored his musical life and character with a sweet shape like the curved surface of Kengyo’s koto instrument.

They originated from the Kamo Mitarashi Tea House in Kyoto. The name mitarashi comes from a reference to the bubbles of a mitarashi, or font of purifying water placed at the entrance of a shrine, while mochi dango means dumplings.

The dumplings are skewered on a bamboo stick, typically having three to five dumplings on a skewer. Although it’s best known as being a classic spring treat, mitarashi dango it’s enjoyed all year round for its contrasting textures and flavors.

The dumplings are chewy, mildly sweet, and filled with umami (essence of deliciousness) flavor. They get a hint of char from grilling and when we brush over the glaze, each bite is gooey, savory, and satisfying without being overly sweet. They make a fun, delicious snack to go with a hot cup of green tea.

Yokan is traditional Japanese jelly candy that is made from red, and sometimes white, bean paste, along with sugar and agar-agar, which is what makes the gel-like texture. It typically comes as a block or bar and is eaten in slices.

It is one of the most traditional of Japanese sweets and has a long history. Being a truly traditional Japanese treat, yokan dates back to the Edo period (1603-1868). Zen Buddhists, who were vegetarian, could eat yokan because it wasn’t made with gelatin, which comes from animal bones.

Yokan was originally a dish enjoyed in China before the first century and it evolved into a type of traditional Japanese confectionery with many different variations now available. There are three types of yokan which varies according to how it’s made. Neri-yokan is the most popular variety of yokan being made using more agar and being stiffer.

While a softer yokan using less agar and more water is called mizu-yokan which has a smoother and lighter texture. It’s a common treat sold in the summer as the jelly dessert has a cool appearance and refreshing taste.

When yokan is steamed and flour or kudzu powder is used to solidify the yokan, it is called mushi-yokan. It is typically made using a steamer and is a popular dessert that can be easily made and eaten at home.

Craving some delicious Japanese sweets? Check out Sakuraco! Sakuraco delivers traditional Japanese snacks, teas, sweets, and snacks from local Japanese makers directly to your door so you can get the best of Kyoto sweets in the comfort of your home!

Hikichigiri (pull apart) is a type of Japanese sweet made from mochi and sweet bean paste. It’s said that hikichigiri was named as such in the past, when there were not enough people to make mochi (rice cakes) by rolling them, so the people in the imperial court decided to tear them apart to save time.

To make hikichigiri, a white circle of white mochi is spread out with a depression, and a handle-shaped piece is added to one edge while sweet bean paste is placed in the depression. The hikichigiri rice cake has a chewy yet soft texture and is one of the important sweets during festivals in Kyoto.

Kyo Baum is a baumkuchen (tree cake) made by using soymilk and matcha, giving it a colorful gradation of green and white. It’s soft and moist with a luxurious scent of Uji matcha, being perfect for teatime and coffee break.

The moist rich cake shaped like a ring features a two-color design. It’s covered with a thin layer of sugar syrup and is available in 3 different sizes (half of 3.5cm roll, 3.5cm roll, and 5.25cm roll). Being beautiful in appearance and having a delightful taste, Kyo Baum makes the perfect Kyoto souvenir.

Namafu is a traditional Japanese delicacy made from highly refined wheat gluten which is grilled and coated with miso paste. It’s combined with short-grained mocha rice flour, before being steamed.

This fresh gluten cake itself has no distinct flavor, as according to traditional Japanese cooking, no single flavor should take a central stage, but that altogether makes a unique and delightful treat. You can savor it with sweet Miso sauce in Kyoto.

Mizu manju is a Japanese dessert that is traditionally eaten during summer. Mizu means water, so like that, these cakes look very fresh.

The exterior or the outermost layer of mizu manju is made from kuzu starch, being a traditional starch that is extracted from the roots of the kuzu plant. The kuzu starch makes the cake translucent with a jelly-like appearance.

They are typically sold in transparent plastic cups so that customers can “feel” the coolness by looking at them. Mizu manju is filled with a sweet red bean paste which perfectly balances with the refreshing kuzu.

A traditional Japanese confection from Kyoto, ajari mochi are shaped to look like a monk’s bamboo hat, a reference to Kyoto’s many temples and shrines.

It’s a partially baked sweet wrapped in mochi dough. Then, the dough is kneaded together with a number of ingredients including red bean paste. Like regular mochi, this dough is made from glutinous rice. However, additional ingredients like egg and powdered sugar make it more bun-like.

Kompeito is a traditional Japanese sweet made from sugar. It’s characterized by its eye-catching colorful appearance and is especially popular with children.

Portuguese traders introduced this sweet delight to Japan in the 16th century. Kompeito uses a lot of sugar which makes it very expensive. The making of Kompeito traditionally requires a lot of time and labor. It usually takes about one to two weeks to form its unique shape.

The kitsune senbei (fox rice cracker) is a specialty souvenir that can be found at the entrance to the famous Fushimi Inari Taisha shrine. Kitsune senbei are a unique and rare Kyoto sweet because they’re baked one at a time using an iron mold.

The senbei batter is mixed with white miso which gives it its orange color after baking. The mild sweet flavor of the white miso forms an exquisite combination with the fragrant sesame. The cracker itself is also fairly thick and can serve as a hearty snack that’s hard to stop eating once you bite into it.

Have you tried any of the Kyoto sweets listed above? Which is your favorite? Let us know in the comments below!