Preserved Flowers and More: What are Tsukemono? 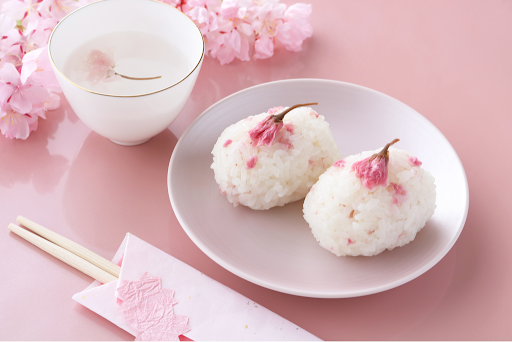 Japan’s cherry blossom trees are not just pretty to look at, they are also deeply infused with meaning. Because of their beautiful yet fleeting nature, sakura blossoms are seen as a metaphor for life. While eagerly anticipated and celebrated, sakura’s full bloom lasts only for about a week. Naturally, there have been efforts to preserve the blossoms longer than that, and given Japan’s long history of pickling it is not surprising they succeeded early on.

History of Pickles in Japan

Traditional Japanese cuisine is well known for its health benefits, and pickled food has played a role in Japanese dishes for centuries. Collectively labeled tsukemono, literally ‘things to put on’, pickles are one of the core elements of a Japanese meal. They are mostly served as side dishes in an effort to balance out the flavors of rice, main dish and miso soup.

Initially born out of a need to preserve food without refrigeration, tsukemono now mostly serve as a palate cleanser, garnish, digestive helper, and an extra dash of color for a meal. Complex, artisanal ways of pickling exist, but the most common pickling agents are very straight forward.

Most commonly rice vinegar, this brine produces crunchy pickles with a sweet and sour flavor.

A mixture of rice bran, salt, seaweed, and other varying ingredients. Whole vegetables are added to this mixture and left to cure anywhere from a single day to several months. The results are crisp, salty and tangy pickles good for digestion.

Using a salty, fermented soybean paste called miso, misozuke is used for vegetables as well as meat and fish. Compared to nukazuke, the result tends to be crisp, with a distinct salty flavor.

Using soy sauce as a base, this pickling agent can lead to a variety of different outcomes, with flavors varying from light and crisp, to dark brown and salty depending on the vegetables used.

Last but not least, salt pickles are the most common type of pickles. Simple to do, at their most basic they consist of sliced, lightly salted vegetables. At the other, heavily salted end of the spectrum, there are things like extremely sour Japanese plums called umeboshi.

How To Pickle Cherry Blossoms?

It’s the last category that preserved Japanese cherry blossoms fall into. While the process is simple, there’s still a few peculiarities to pay attention to.

Looking to experience as many of Japan’s unique flavors as you can? Check out Sakuraco. Sakuraco sends authentic Japanese snacks, sweets, teas, and tableware from local Japanese makers right to you. Perfect for trying all Japan has to offer!

While basically any cherry blossom can be pickled, there are some varieties amongst the many hundreds that are better suited than others. Late blooming trees of the yaezakura variety, with their big, multi-layered and deep pink color are especially well suited. White blossoms can of course also be used, but are usually not chosen for pickling.

Perhaps the biggest hurdle in procuring blossoms to pickle is finding a tree that enables you to do so. Blossoms need to be picked just before full bloom for best results, meaning popular areas are off-limits. Just petals won’t be enough, so the blossom needs to be cut with a bit of stem left attached.

Once the blossoms are harvested however, the process is simple: Salt is massaged into the blossoms before they are left to cure under weight for several days in a pickling container. The salt will remove a fragrant liquid from the flowers that needs to be discarded before adding umezu (plum vinegar).

The end result is unique: Notes of ume Japanese plums, salt and a distinct floral characteristic. The blossoms pack enough flavor to be able to brew tea out of a single one. Called sakurayu, this is a tea reserved for truly once in a lifetime occasions like a wedding, and brewing it is a spectacle itself, as the blossom can be seen unfolding in front of your eyes.

Where to find Tsukemono

Pickles often have a somewhat negative image in the West. Associated with strong and often sour tastes, they rarely find their way on a menu anymore beyond sandwiches. In Japan however, they are extremely popular with plenty of variety available. Besides helping with balance on set meals, they are also popular as a snack together with alcohol at Japan’s many izakaya.

Somewhat of a cross between a bar and restaurant, izakaya serve small portions of food and drinks. While you’re unlikely to find preserved cherry blossoms at one, there are a whole lot of other tsukemono popular with diners.

Japanese pickles offer a large variety, and you are bound to come across them on your travels. They are also easy to make at home if you’re interested in trying something new. We highly recommend giving them a try.

Have you tried any type of tsukemono yet? Would you recommend it? Let us know in the comments below!