These Healthy Japanese Snacks Are Packed Full of Flavor 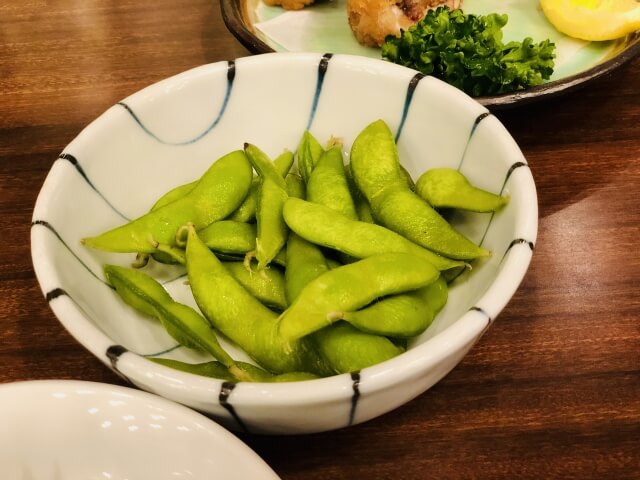 Kit Kats, Pocky, umaibo—many of Japan’s most popular snacks might give the more health-conscious among us pause. But despite the country’s well established enthusiasm for colorful, super-salty, and sugary treats, there are just as many healthy Japanese snacks as there are indulgent ones.

From crunchy, soy sauce–flavoredrice crackers to salted broad beans and dried seaweed, healthy snacking in Japan offers a variety of textures and tastes to easily rival its guiltier pleasures. Read on to discover some of our favorites of the most popular healthy Japanese snacks available today.

Seafood is one of the most highly regarded of all Japanese foods, and for good reason. Whether it’s conveyor belt sushi or Osaka’s delicious takoyaki octopus balls, Japan delivers on both quality and quantity, offering a dizzying variety of seafood and sea vegetables among which seafood-lovers will find a panoply of nutritious snack options.

For instance, did you know that nori seaweed, besides being used to wrap sushi, is also sold in Japanese supermarkets and convenience stores as a quick and easy healthy snack? Likewise, konbu, a thick, chewy kelp with a strong umami flavor, has been eaten as a snack in Japan since the early 1900s, when it was likened to chewing gum. Completing the trifecta, we have wakame, the seaweed best known for its use in miso soup. When eaten as a snack, these varieties of seaweed are typically cut into crispy or chewy strips, and can be found plain or flavored with sesame, salt, sugar, or vinegar. They also offer an impressive range of health benefits, being high in fiber, iodine, calcium, and an assortment of important vitamins.

If seaweed’s not your cup of tea, Japan also has plenty of fish-based snacks that are sure to make your nutritionist happy. One of the most confronting of these is almond fish, a crunchy mixture of chopped almonds and dried sardines. The combination of almonds and lightly sugary sardines lends a slight sweetness to the snack, which is otherwise extremely salty and rich in flavor. Despite this, almond fish is extremely healthy—so much so that it was explicitly created and introduced into children’s school lunches in order to boost their intake of calcium. A similar healthy Japanese snack is dried squid, or saki-ika. As another dried fish product, dried squid has a powerful aroma and comes in a variety of different flavors, including plain, sweet, and spicy. On top of the calcium they provide, these snacks are also rich in protein, low in calories, and super cheap. What’s not to like?

In many countries, nuts are the perennial favorite when it comes to healthy snack food. Japan, however, produces surprisingly few nut species domestically, which can make the omnipresent trail mix and mixed nuts options from Western supermarkets much more expensive and difficult to find locally. That said, what Japan lacks in nuts, it more than makes up for in beans. Soybeans, in particular, have long played a central role in Japanese cuisine: forming the basis for miso, natto, and—of course, the ubiquitous soy sauce. It stands to reckon that soybeans are also one of Japan’s most popular snack foods, primarily coming in two forms: edamame and iri-daizu.

Edamame is one of Japan’s most famous snack foods, and more than likely needs no introduction! These soybeans are harvested before fully ripening, giving them their classic, uniquely sweet flavor. Often eaten in the summer, or as an accompaniment to alcohol, edamame is high in protein, antioxidants, and fiber, and additionally contains a range of useful vitamins and minerals, in particular vitamin K and folate.

If edamame isn’t to your taste, not to worry. Soybeans are also eaten in another form, called iri-daizu, meaning roasted soybeans. These beans are the type used during the Japanese festival of Setsubun, when they are thrown out of people’s homes by the handful to symbolise driving away evil spirits and misfortune, and after tasting these beans, you get a sense for why that might be. Hard, dry, and somewhat plain if unsalted, iri-daizu are an acquired taste for many…but they’re also satisfyingly crunchy, versatile, and healthy, with plenty of protein, fiber, and calories packed into each bean. Ahead of Setsubun, you’ll find convenience store shelves stacked high with different flavors of iri-daizu, including soy sauce, seaweed, and lightly sweetened and salted varieties.

Also popular are broad beans, also called fava beans or soramame. In Japan, broad beans are associated with the springtime, and often served up boiled and lightly salted along with beer. Most often, you’ll find soramame as a side dish in Japanese izakaya, although you can also buy them pre-packaged at Japanese convenience stores. Popular snack company Calbee recently released their own version of the snack called Miino, where the beans are deep fried in vegetable oil, giving them a light, crispy texture.

If you’re looking for a salty, crunchy, moreish alternative to potato chips, Japan’s delicious version of rice crackers is probably the safest bet. Called senbei, Japanese rice crackers, like potato chips, come baked or grilled in a variety of flavors, including soy sauce, seaweed, black sesame, prawn, sugar, and more. While they’re not the healthiest snacks on this list, they are low in sugar and fat, and—notwithstanding varieties including soy—completely gluten free. Besides these obvious benefits, it’s also worth mentioning that senbei rice crackers typically come individually wrapped, or with a maximum of two to three crackers per packet. Unlike when you open a bag of potato chips, it’s therefore much easier to manage your portions and ensure you don’t accidentally overindulge.

When it comes to beverages, too, Japan has a wealth of healthier options. First to leap to mind, of course, is matcha, or Japanese green tea. In particular, matcha is vaunted for its high concentration of antioxidants, which helps reduce the risk of certain types of cancer, as well as that of certain neurological disorders, strokes, and the clogging of arteries. But matcha isn’t the only healthy drink you’ll find in Japan. Other beverages popular in Japan for their health benefits include the probiotic dairy drink, Yakult, the metabolism-boosting oolong tea, and the caffeine- and sugar-free summertime favorite, mugi-cha, or barley tea. Best of all? These drinks are all readily available, not only at convenience stores throughout Japan, but at the ubiquitous vending machines you’ll find on many of Japan’s street corners.

Despite popular conception, not all of Japan’s snack food is dangerously deep fried, salty, or oily. While it may seem that every Japanese treat is covered in whipped cream or doused in soy sauce, in matter of fact, there are plenty of healthy alternatives, from various sea-based foods like seaweed and dried fish, to moreish bean snacks and antioxidant-rich, caffeine-free teas. More than anything, these delicious, flavorful options prove that food doesn’t have to be bland to be healthy.