Kyushu Local Food You Have to Try On Your Next Trip 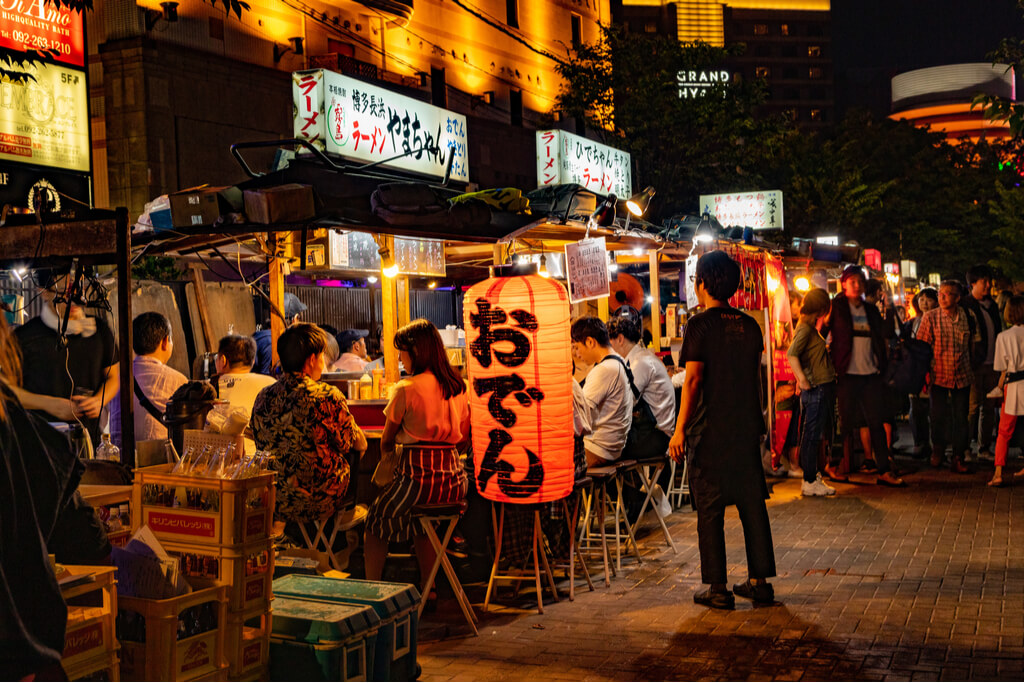 Kyushu is made up of nine prefectures, and in a Japanese culture which is obsessed with meibutsu (regional foods), the island region has a lot to offer in the form of Kyushu local food. In fact, it is said that Kyushu has the second largest number of restaurants per person in the whole of Japan. Which means that Kyushu people love to eat out, and they’ve really perfected it too.

From Kyushu ramen to chicken nanban, from castella to sumptuous fruits, Kyushu has something for everyone. Let’s have a look.

Why Kyushu Has So Much Good Food

Kyushu is also known as the ‘gateway to Asia,’ meaning that it has been the first point of contact for many people from overseas. When the primary method of overseas travel was by boat, The Port of Kyushu was the first place that travelers arrived. This exposure to different cultures influenced Kyushu local food in a major way.

This is why you’ll find famous ramen (originally Chinese), castella (Portuguese), and yakiniku (Japanese-style barbecue originally from Korea) has been refined in Kyushu. It’s also why you’ll find plenty of restaurants serving high-quality Japanese food to greet its foreign visitors.

Looking to enjoy a taste of local Japan from the comfort of your home? Take a look at Sakuraco. Sakuraco sends locally-made authentic Japanese snacks and teas straight to your door for you to enjoy.

Every visitor to Japan must know about ramen. With its roots in China, it actually wasn’t until Japan picked up on it that this soup of noodles and creamy broth became popular.

The way to eat ramen is quickly, consuming everything in the bowl. Hop in, eat and hop out – ramen is loved by laborers with short lunch breaks, office workers heading back after a long day, too tired to cook and others wanting something to eat quick and fast.

The most famous ramen in Japan, alongside miso and soy sauce ramen, is probably Hakata Ramen.

Hakata is a city in the capital prefecture of Kyushu, Fukuoka. Hakata Ramen is known throughout Japan as tonkotsu (pork bone) ramen and is characterized by its creamy, oily broth, made from pig bones.

The broth is made by slowly simmering the water until the creamy bone marrow from the pork offal has been released, turning the water into a rich, creamy white soup perfect for ramen noodles.

The noodles in Hakata ramen are not egg noodles, they’re made only from wheat flour and pulled very thin compared to regular ramen noodles. The origin of tonkotsu ramen is said to lie in a food stall with no chairs, so to limit the amount of waiting time, thin noodles were used because they cooked fastest therefore limiting waiting time.

Hakata ramen is simple: very rich, slow-cooked soup, with minimal toppings and flavorings, usually only pickled ginger and onions, designed to be eaten quickly and with little preparation.

Other regions in Kyushu have their own take on Hakata, or tonkotsu, ramen, which can include variations such as the toppings, additional ingredients in the broth, or the thickness of the noodles.

The Ichiran ramen shop is one of the most famous ramen chains in Japan, having recently expanded into Asia, Europe, and America. Because it can be found all over Japan, many people are unaware that it was first founded in Fukuoka city in the Fukuoka prefecture, growing from a Kyushu local food to the now popular chain it is.

The ramen at Ichiran is characterized by a blob of its secret-recipe chili sauce, popped into the middle on top of the noodles. Ichiran’s ramen has a rich creamy broth and a ‘kaedama’ (ball of noodles) policy, which allows customers to ask for more refills of noodles for a small fee… as long as they’ve got some soup left!

Chicken Nanban is another famous Kyushu food and originated in Miyazaki Prefecture. It is known as ‘youshoku’ meaning ‘western food’ and consists of special fried chicken with tartar sauce.

There are various theories as to its name, the most common two being: nanban means something strange but desirable, hence it being called ‘nanban.’The other reason is that it was inspired by a dish called ‘Nanbanzuké’ which consisted of fried fish soaked in a sweet and sour vinegar sauce.

Either way, it was started in the 1960s in a Japanese restaurant called ‘London’ and has become one of the most popular Japanese foods to this day. In fact, the recent rise in soy meat means that chicken nanban can be easily made vegetarian without losing its original flavors.

Fried chicken thigh, or ‘karaage’, on a plate smothered in tartar sauce makes for a deliciously juicy, sweet and sour dish; served with a side of chopped salad and nicely washed down with a fresh beer.

Yatai, or street food stalls, originated in Fukuoka in the Meiji Period and are a popular spot to visit. Stalls line the Fukuoka streets with brightly colored lamps and a cacophony of street vendors shouting their wares.

There are over 150 yatai in Fukuoka city alone, going quiet during the daytime and springing into life as night falls, ready to entice workers heading home or provide visitors a place to drink and get friendly with the locals.

Ramen is a big part of the food on offer, but other foods such as takoyaki (octopus balls), gyoza (meat dumplings eaten with a dipping sauce) and oden (vegetables cooked in broth) are also widely available. Expect long lines for the more popular stalls on the weekends!

The Rest of Kyushu

Kyushu is home to a variety of cultures and different local foods, and visitors will never get bored trying them all.

In addition to ramen, yatai and chicken nanban, there are dishes like the famous puffer fish cuisine ‘fugu’ from the Oita prefecture, shops with tonkatsu (fried pork cutlet) from Kagoshima, Ikinari Dango (steamed buns filled with red bean paste and sweet potato) from Kumamoto, Sasebo burgers from Nagasaki Prefecture, and more.

For those with a sweet tooth, check out Japanese Castella and Oita ice cream. They’re both delicious. In fact, Nagasaki has plenty of sweets, especially on the Nagasaki Sugar Road.

Let us know in the comments below what Kyushu local food you’d like to try.