Hot Springs in Winter: The Best of Tochigi’s Onsen 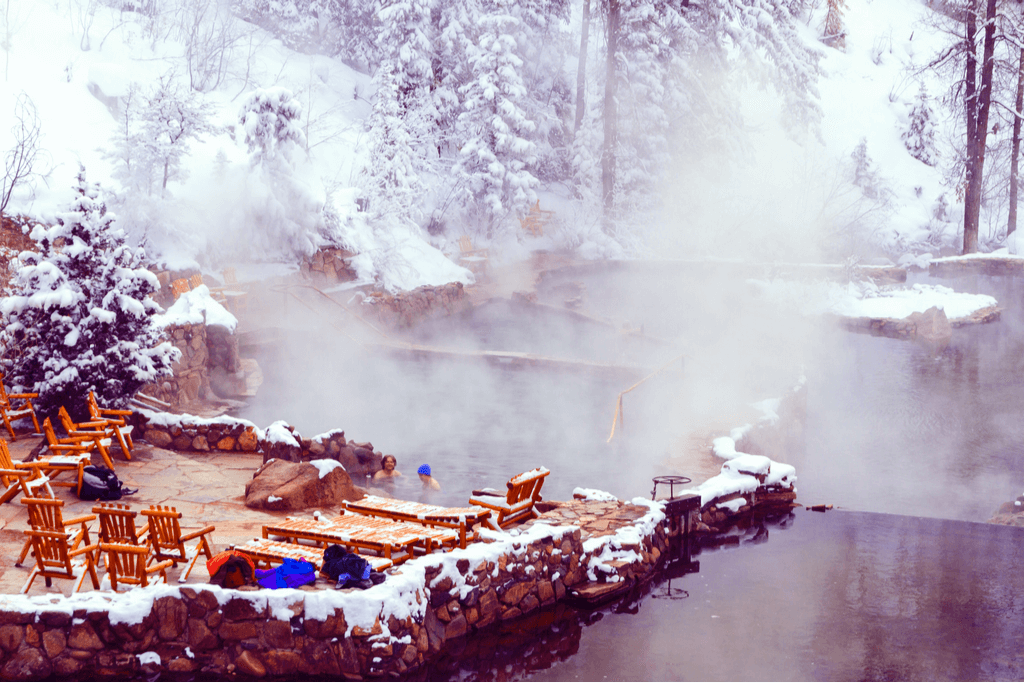 Tochigi is a prefecture famous for its scenic landscape, rich agriculture, and beautiful hot springs to enjoy all year long. However, one of the best times to enjoy the hot springs is during the winter months. A natural steaming bath amongst the winter snow? There’s nothing better in the world.

Winter has finally descended upon Japan! The weather is cold, making it the perfect time to dip into a hot spring to rejuvenate your exhausted body. You’ve worked hard this year, and it’s time to reward yourself. Why not head to Tochigi and experience some of the best hot springs that Japan has to offer?

Known as onsen in Japanese, hot springs in the winter play a significant role in Japanese culture. Japan has several different hot springs, each containing various chemicals and minerals that can benefit the body. Thanks to the heat of the water, just soaking in a hot spring will improve blood circulation and metabolism. Even today, many Japanese people take trips to hot springs so that they can rejuvenate themselves.

Kinugawa Onsen is a well-known mountain hot springs resort close to Nikko. These ancient onsen were exclusively accessible to traveling daimyo warriors and monks, who discovered them more than 300 years ago. This onsen has welcomed many visitors since its grand opening in the 19th century.

The hot spring water is smooth, kind to the skin, and has a slight alkalinity. It can ease fatigue and treat nerve pain and tight shoulders. There are numerous theme parks and tourist attractions nearby, making it a great place to explore Nikko.

Currently, the Kinugawa River area sees more than two million tourists who come here annually. Each ryokan (traditional Japanese inn) has its bath, some of which are accessible to daytime visitors.

Looking to enjoy some cozy snacks this winter? Check out Sakuraco! Sakuraco sends traditional Japanese snacks, teas, sweets, and kitchenware, so you can bring a taste of Japanese culture right into your home (even before or after a bath)!

On the slopes of Mount Nasudake, in the highland region, is Nasu Onsen, a sprawling hot springs resort. The hot spring hamlet of Yumoto, located halfway up the mountain, serves as the resort’s focal point. Since their discovery in the Nara Period, Nasu’s hot spring baths have been renowned for their healing effects.

Shikanoyu (7th Century AD), or “deer spring” in English, received its name as witnesses in the neighborhood saw a wounded deer entirely recover after diving into the bubbling pool. Shikanoyu is a very antibacterial spring that is intensely acidic and can benefit bathers with wounds or wounds or chronic skin conditions. A newly drawn bath is colorless, but hot spring water eventually becomes hazy when it touches the air.

A one-hour bus ride into the highlands from Kinugawa Onsen will bring you to Yunishigawa Onsen, a little hot spring hamlet in the Tochigi Prefecture mountains.

After the Heian Period, the Minamoto clan defeated the Taira clan for political dominance over Japan, and many Taira clan members escaped into hiding in far-flung areas of Japan. According to legend, samurai refugees discovered these spring waters and established them in the community to treat their wounds. Consequently, the valley has many hotels and neighborhood homes today.

Some accommodations provide local food served for dinner over a fireplace (irori). In addition to the plentiful hot spring water, you can also savor the seasonal local cuisine. These dishes include delicious morsels like miso paste roasted on a spatula, a regional specialty. You can also enjoy wild meats like bear, deer, freshwater fish, and other food cooked over an open flame.

Four isolated hot spring ryokan make up Okukinu Onsen, located at the very back of a secluded valley in the highlands of Tochigi Prefecture. In contrast to bustling Tokyo and developed Kinugawa Onsen, the ryokan offers some of the most ambient, rustic outdoor baths in the Kanto Region.

This onsen is the Kanto region’s last secret hot spring, deep in ancient woodland. Car travel is difficult because of the historic beech woodland that surrounds this town. Visitors can either use pickup services set up by inns or walk for roughly 90 minutes to reach there.

Twenty kilometers south of Mount Nasudake is the hot spring village of Shiobara Onsen, along a forested valley. Shiobara Onsen is surrounded by trees and mountains, giving it a distinctively rural character even though it is well-developed and has several major hotels.

The town’s array of hot springs in the winter, waterfalls, and hiking paths contribute to the natural surroundings-focused atmosphere. This historical town, frequented by many renowned Japanese writers, has thermal spring water with various properties and advantages. The mountain stream is a popular summer destination as well as in the fall when the leaves are on full display, thanks to the several nature trails that run alongside it.

A little hot spring village called Yumoto, which means “the origin of hot water,” is located behind Okunikko and is a part of Nikko National Park. The town, home to many ryokan with hot spring baths, is pleasantly situated close to Lake Yunoko, which translates to “hot water lake.”

A tranquil Onsen hamlet on Lake Yunoko’s northern coast is in the middle of Nikko National Park. According to legend, the first Buddhist monk who established the first temple in the area 1200 years ago also found this onsen.

There is a fabled hot spring nearby Nikko’s World Heritage temples and shrines that Kobo Daishi, the founder of Shingon Buddhism, discovered. Though the hot spring’s location was unknown for a considerable time, it is believed to have been rediscovered in 1985 and is now known simply as Nikko Onsen. Its crystal-clear, clean water is reputed to be beneficial for the skin and is the ideal remedy for the aches brought on by touring the city’s World Heritage monuments one by one.

Two Shinto shrines and a Buddhist temple are near this area. The clear hot spring water helps with tense shoulders and nerve pain and encourages attractive skin. It is more suitable for those who do not like sulfur. Nikko Onsen is great for those who also want to visit the World Heritage monuments, take a stroll down Monzenmachi Street, and then relax in the hot springs afterward.

Have you ever been to a Tochigi onsen? How was your experience? Would you ever visit hot springs in the winter? Tell us in the comments below!