The Six Most Famous Japanese Warriors in History 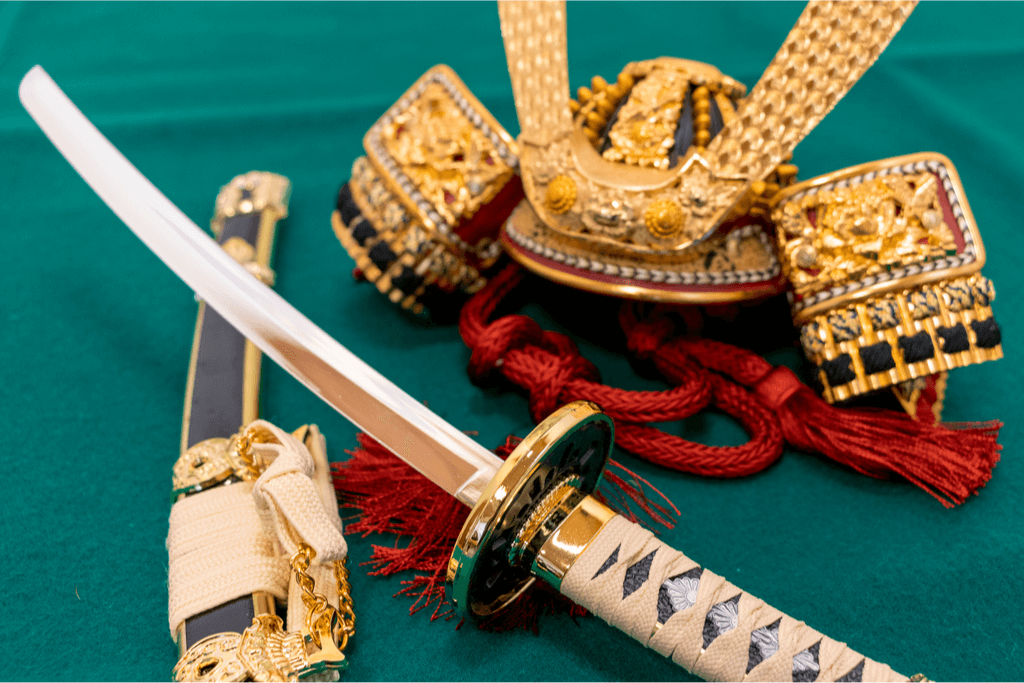 Samurai, known as the legendary swordsmen of Japan, are the undying loyal subordinates of the daimyo (feudal lords). In Japan, samurai are the ideal image that represents all the best qualities of a warrior: morality, courage, respect, loyalty. Let’s take a look at some famous Japanese warriors in history.

As one of the most important figures in Japanese history, Oda Nobunaga was also a talented leader, who laid the foundation for the unification of Japan, ending the long period of war across the country. Efforts to unify the country were completed by his two heirs, Toyotomi Hideyoshi and Tokugawa Ieyasu.

Nobunaga was famous for the battle of Okehazama (located in present-day Aichi Prefecture) in which his territory was invaded but he managed to attack back the enemies and win the battle.

In order to unite the country, Nobunaga won many more battles over the next few years. However, in 1582, just before the successful completion of Japanese unification, one of his generals Akechi Mitsuhide suddenly betrayed and attacked Nobunaga at Honnoji Temple in Kyoto. After his enemies forced him into a corner, Nobunaga decided to set fire to the temple, and then died by ritual suicide.

Born into a family of hard-working farmers, Toyotomi Hideyoshi grew up to be a standout officer of the military. Although the shogunate had yet to be established, his post as regent in 1585 was far more than that. With the help of the powerful lord Ieyasu, Hideyoshi conquered Kanto-area districts in 1590.

Afterwards, he marched abroad with the aim of conquering both Ming Dynasty and North Korea, but Hideyoshi died suddenly in 1598. At that time, his influence was still so great that the Council of Five Elders (consisting of the five most powerful daimyo at the time) decided to keep it a secret so as not to affect the military. However, a month later they announced the withdrawal.

Interested in Japanese history and culture but cannot come all the way to Japan? Don’t worry because all you need is a sweet box from Sakuraco! Sakuraco delivers traditional Japanese snacks, sweets, tableware, teas, and more from local Japanese makers right to your door!

As mentioned above, Tokugawa Ieyasu is one of the most famous Japanese warriors in history. After the important Battle of Sekigahara (present-day Gifu Prefecture) in 1600, Tokugawa Ieyasu became the founder and the first shogun (a title of military dictators) of the Tokugawa shogunate in 1603. Tokugawa’s dictatorship opened an alternative era of peace in Japan, which lasted until the Meiji Restoration in 1868.

Tokugawa Ieyasu was also a contributor to Edo’s construction into a bustling town and port, full of craftsmen, merchants and laborers. He built castles, stone walls, railings, huge gates and rice warehouses, surrounded by daimyo households. He, along with Oda Nobunaga and Toyotomi Hideyoshi, are “The Three Great Unifiers of Japan”.

Miyamoto Musashi was a master swordsman, martial philosopher and a ronin (a wandering samurai who had no lord or master). Musashi has become famous for his perfect and unique twin swordsmanship, as well as his unbeaten record in 61 duels. He was the founder of the Hyōhō Niten Ichi-ryū – a school of swordsmanship. Musashi also wrote The Book of Five Rings (a text on kenjutsu and the martial arts) and Dokkōdō.

This great samurai grew up during the turbulent times of the country, and he served in Hideyoshi’s forces, later becoming a ronin. Musashi spent the next few years touring Japan and challenging many others to improve his military skills. Eventually his reputation began to precede him, especially after the last match against Sasaki Kojiro. This was also Musashi’s most famous battle that helped Musashi become Japan’s greatest swordsman.

Later, he became a martial artist and pursued the philosophies of Zen Buddhism. He then went on to study several other subjects such as calligraphy and painting. By 1643, Musashi seemed to feel the imminent death and began writing his autobiography, just two years after the completion of the Book of Five Rings.

Uesugi Kenshin was one of Japan’s most powerful military figures in the 16th century, one of the powerful lords in the Sengoku period.

He is the third son of the head of Echigo Prefecture (present-day Niigata) in northeastern Japan. With the death of his father in 1543, control of the family’s area also began to disintegrate.

After that, he not only restored order to the region but also took control of neighboring provinces, becoming one of the strongest warriors in the Kanto area (present-day prefectures such as Tokyo, Chiba, Kanagawa and Ibaraki).

Uesugi Kenshin is known for his skill in martial arts and bravery in fierce battles. One of his most legendary confrontations with Takeda Shingen – another notorious feudal lord.

Hattori Hanzo was not one of the most famous Japanese warriors, he was also a famous ninja of the Sengoku period (1467-1615). People know Hanzo for assisting Tokugawa Ieyasu in his quest to unify Japan. He has many different nicknames, but the most famous is still “Hanzo the Ghost” or “Devil Hanzo”.

The origin of those names is because of the mystery surrounding his supernatural abilities. Historians link Hanzo to the mystical art of ninjutsu, a martial art form that combines stealth, espionage, sabotage, camouflage, and deception. No one can really explain Hanzo’s true abilities or his full range of abilities.

At the end of his life, he built a Buddhist temple (in what is now Tokyo’s Shinjuku neighborhood), became a monk, and changed his name to “Sainen.” The temple, Sainen-Ji Shrine is still in operation today.

Japanese history has written down the names of many more legendary warriors. Have you heard about any of these six warriors? Do you know any other famous samurai and Japanese warriors? Let us know in the comment below!