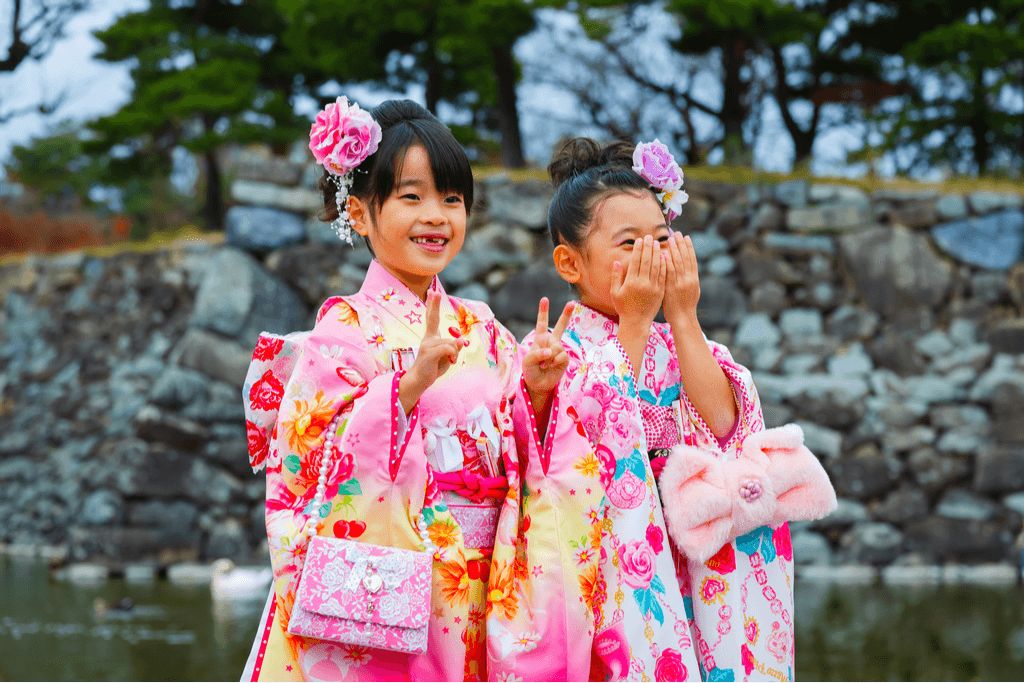 Since the Heian Period (794-1195), every year on March 3rd is Girls’ Day, Dolls’ Festival, or ‘Hinamatsuri’ in Japanese. Families in Japan wish for the health and prosperity of their young girls (generally up to 10 years old).

On Hinamatsuri, families will often eat foods such as hina arare (colored Japanese rice crackers) and sakura mochi (rice cakes made with red beans and pickled cherry blossom leave) and display a set of dolls. In some rural areas, they continue with a tradition of floating paper dolls down a river (nagashi bina) to part ways with all the misfortune from that year.

Japan’s Hinamatsuri originates from a Chinese doll festival in which people send dolls down a river to carry away girls’ bad luck and misfortune. In the past, it was also the ‘peach season festival’ or ‘momo no sekku.’

Celebrants then combined this with hina-asobi, which means ‘playing with dolls,’ a popular pastime among aristocratic children. Soon, this combined with the Chinese custom of floating dolls down the river. By the Edo Period, Hinamatsuri spread across Japan.

This holiday generally involves displaying hina dolls that will protect the girls of the house by absorbing any misfortune for that year. Customs also include playing games together and eating yummy foods, which have come to be strongly associated with Girls’ Day.

Want to have your celebration at home? Check out Sakuraco! Sakuraco sends traditional Japanese snacks, sweets, teas, and even kitchenware from local makers that show off the seasons and flavors of Japan!

What Do Hina Dolls Symbolize?

A hina doll set is an ornament of at least two dolls – the Prince and Princess (or the Emperor and Empress, depending on the region). Families display these dolls from mid-February until the end of Hinamatsuri or until March 4th.

When the custom began in the Heian Period, people made their Hina dolls of paper or straw, but by the Edo Period, they started using ceramic. While some families get theirs from 100 yen shops such as Daiso, others keep expensive sets and add even more accessories as the girls get older.

Elaborate sets include the emperor, empress, attendants, and musicians, each on their little layer or tier.

The highest amount of tiers is seven, all of which are on a red carpet, and each layer has a different meaning:

The traditional colors for Girls’ Day are green (spring), pink (summer), yellow (fall), and white (winter). Celebrants include these colors in all of the hinamatsuri dishes and other activities.

One of the Hinamatsuri foods is ‘arare‘ and consists of tiny balls of puffed, colored rice. They are either sweet (Kanto region) or savory (Kansai region). Their colors are white, pink, green, and yellow, and people use them with Hina dolls for decoration.

Of course, it wouldn’t be a Japanese festival without special rice cakes to go with it. One of Hinamatsuri’s most common rice cakes is ‘hishi mochi.’

This mochi with layers of pink, white, and green colors from top to bottom. In recent years there has been a trend for copying the hishi mochi design. However, they use other ingredients to make desserts such as hishi mochi cheesecake!

One of the reasons that Girls’ Day remains so popular is its proximity to flowers blooming. With the plum blossoms coming out, it is a great excuse to enjoy some hanami dango.

Hanami dango are cute, round rice cakes on a stick that feature Girls’ Day colors of white, pink, and green. This type of mochi dango can be eaten plain, as they are, or with a sweet dipping sauce. Many people will head to a park with friends and eat them with other common Japanese picnic foods.

Ushio Jiru, or ‘clear clam soup,’ is another typical Girls’ Day food. The soup uses whole clams as its base and also for symbolism. They traditionally represent Girls’ Day because they are two halves of the same shell. It symbolizes good relationships or a good marriage in the future.

The soup consists of kombu dashi (a soup stock with a seaweed base) and only uses salt. The taste is subtle and a good accompaniment for Girls’ Day sushi.

Dolls Festival even has sushi, specifically chirashizushi (mixed sushi). The sushi doesn’t have a set formula but does use specific ingredients.

Hinamatsuri sushi is in the shape of a diamond and has three layers. There’s usually a yellow sliced omelet on top, then some shrimp, and green and pink colored rice on the bottom.

Let us know how you get on and what fun Girls’ Day sweets and snacks you have tried in the comments below.