What is Hanami? A Brief History 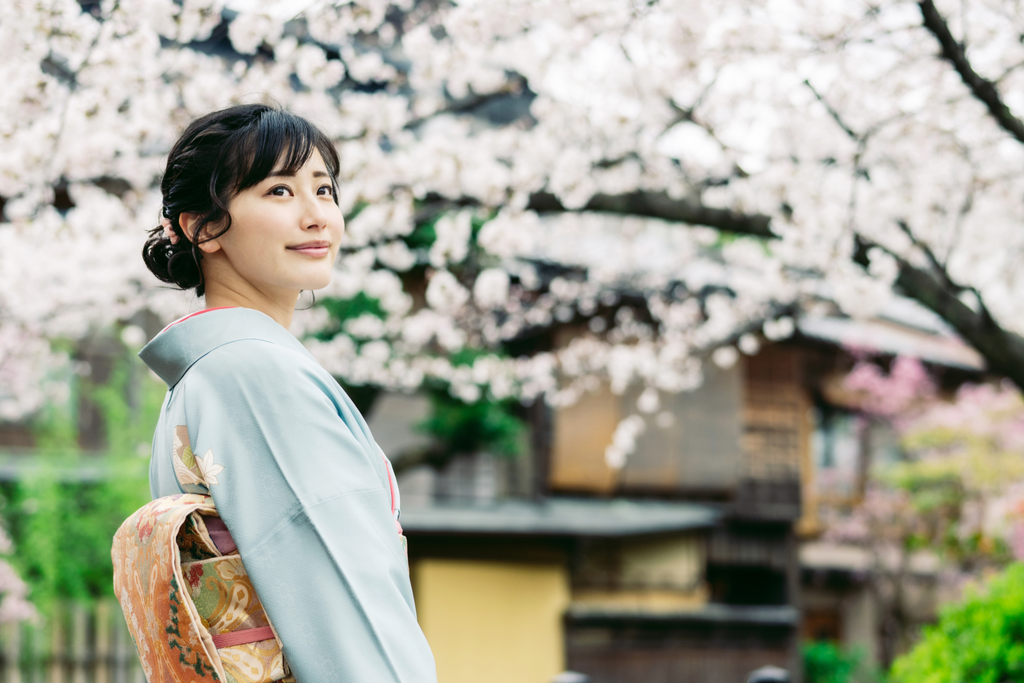 Celebrating spring with a feast beneath the sakura cherry blossoms is a centuries old Japanese tradition called hanami. Literally translating to ‘flower viewing’, the practice was originally reserved for a different blossom and the upper class. Nowadays, cherry blossom season in Japan is accessible to, and celebrated by anyone.

The practice of hanami has its roots in the 8th century. With the Japanese imperial court’s influence and power growing, nobility first studied the cultural traditions of powerful imperial China in order to put themselves on the same level. Chinese poets admired the beauty of the plum blossom as the first blossom of spring and Japanese nobility followed suit.

This does not mean that sakura blossoms had no significance at the time, however. They were already admired for their beauty. The Kojiki, Japanese history’s oldest record dating back to the early 8th century, already mentions a goddess likened to a beautiful cherry blossom.

Farmers were actually the first to have an appreciation for cherry blossoms, as they coincided with the rice planting season and were seen as a sign of good fortune and a bountiful harvest to come. Unlike today however, where cherry blossoms are consciously planted everywhere in Japan, they were somewhat of a rarity in the past.

The Kojiki was written to gather Japan’s orally transmitted history and culture, and in doing so, foretold a shift soon to come in Japan’s close relationship with China. Japan stopped sending cultural envoys to China in the 9th century and began focusing on developing its own unique culture.

Flower viewing and the writing of matching poems remained a luxury for court nobles, but besides ume plum trees, sakura blossoms increasingly found their way into the gardens and minds of the elite throughout the Heian period (794-1185)

Emperors began celebrating cherry blossom parties, solidifying sakura as the blossom to view for hanami. Poets saw the blossoms as a metaphor of life: beautiful yet fleeting.

From the Imperial Court to the Masses

Cherry blossom viewing parties remained a luxury for several centuries. The seeds of the gatherings popular today were eventually quite literally sown in 1594, when warlord Toyotomi Hideyoshi held several hanami parties with thousands of attendants and ordered hundreds of sakura trees to be planted in Kyoto.

As military rulers shifted their focus on present day Tokyo, shogun Tokugawa Yoshimune expressed his wish to share their beauty with common people in 1720. Sakura trees finally appeared on riverbanks throughout the country, and all of society began to welcome spring by sharing food and drink under their blossoms.

Interested in celebrating the sakura season yourself? Sakuraco sends traditional Japanese sweets, snacks, and tableware straight to your door. Enjoy a taste of Japan while supporting local Japanese makers every month.

With cherry blossom viewing suddenly accessible to everyone, sakura trees were set to become a prominent feature of cities nationwide. Today, it’s hard to find a city in Japan that doesn’t have a park or area with at least one row of trees.

Almost every Japanese person will attend at least one hanami gathering every season. Getting together with friends and family is a must, but work events are also not uncommon.

There are no fixed rules for hanami, but sharing food and drink under the cherry blossoms while sitting on a blanket or vinyl sheet is the norm. There are seasonal Japanese sweets just for the sakura season, however, any food and drink goes. Parties start from the morning and can continue until deep into the night. While hanami is often imbued with poetic images of traditional Japan, it can get surprisingly noisy once the Japanese rice wine has gotten to everyone’s head.

This all changes depending on where you are however. In the countryside, things tend to be a bit more relaxed, but getting a good spot in one of Japan’s cities usually involves reserving a place hours, or even days before the planned feast. Parks get very crowded, leading to the practice of yozakura, or night sakura becoming ever more popular.

Unlike daytime hanami, yozakura tends to be more mobile. Festival stalls selling food and drinks are set up, and along with lanterns and illuminated trees, are perfect for a nighttime stroll. For city-dwellers short on time or night owls, nighttime cherry blossom viewing is often the only way to see the short-lived blossoms.

One characteristic of Japanese cherry blossoms often addressed in poetry is their ephemerality. Sakura trees’ peak blossoms last only for about a week, making the timing of one’s hanami gathering notoriously difficult. A cherry blossom forecast and calendar is created every year and watched closely by the whole nation.

In the past, the fleeting nature of cherry blossoms was most often linked to life, its fleeting beauty, and the circle of death and rebirth. Samurai were frequently likened to cherry blossoms, as they represented the height of humanity in the past, but could also have their lives cut short at any time.

There’s no samurai left, so nowadays it’s predominantly the notion of rebirth that remains. Japan’s cherry blossom season coincides with school and university graduations, as well as the hiring season that follows. This means big changes and fresh starts for many in March and April, with the sakura blossoms marking the occasion.

Even without any career or life changes however, sakura season is always a marker of renewal. Spring temperatures mark a return to public life and there’s a firm sense of things being set in motion.