What is Uni? The Connoisseur’s Choice 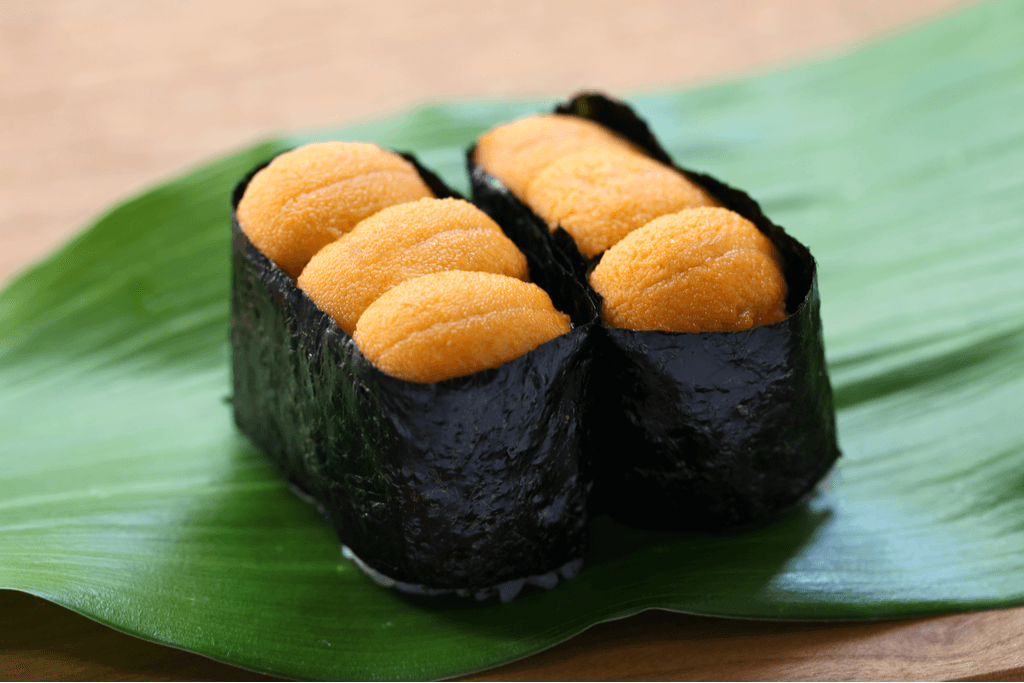 Within a sea urchin’s spiky exterior lies a beautiful and luxurious treasure that has food critics and chefs raving about its unique taste. Allow us to help you break into the world of uni.

What Actually is Uni?

Uni (pronounced oo-nee and not like abbreviation for university) is the Japanese word for sea urchin, or more precisely, the urchin’s gonads. Also called sea urchin roe, this dish is characterized by its bright color which can range from a strong gold to a light-yellow color, creamy texture, custardy consistency, and unique flavor.

Its flavor is somehow reminiscent of the sea, although the taste can differ according to the location it was harvested in, freshness, and gender. In Japan, sea urchin roe is also considered an aphrodisiac.

Uni can be harvested by delicately cutting through the spiny outer layer before opening it. You will find dark colored waste that covers the treasure underneath. Pour it out and enjoy the radiance of the golden delicacy beneath. Inside, you’ll find five equally sized lobes that resemble tongues on top and are placed within equal distances of each other like a star.

That’s it, only five pieces. It is the only edible part of a sea urchin. They are as delicious as they are scarce. For this reason, along with the difficult process of fishing up sea urchin, uni is incredibly expensive.

Want to experience all of the flavors of Japan in your own home? Check out Sakuraco! Sakuraco sends authentic Japanese snacks, sweets, teas, and tableware from local Japanese makers right to your door! (Unfortunately, no sea urchins.)

Although there are hundreds of different species of sea urchin, only a small number are considered edible. Most of these edible sea urchins are usually a shade of pinkish-red, purple, or green.

There are two common types found in Japan: murasaki (purple) and bafun uni. Murasaki uni is easily accessible in all of Japan. The outer shell has long, sharp spines and is a dark purple color.

The inside has a yellow hue similar to mustard and has a mildly sweet taste to it. It is usually enjoyed raw as sushi or sashimi.

On the other hand, bafun uni is smaller due to the size of the sea urchins it comes from. It is also found at deeper ocean depths which results in its umami (savoriness)-rich taste with subtle accents of bitter notes. Bafun uni is best used in sauces or cooked dishes. The inside is orange in color.

However, most chefs agree that the best sea urchin in Japan comes from Hokkaido, saying that sea urchin harvested in this area have a great taste and mouthfeel. Due to their fame, they carry special names to separate them from those harvested outside of Hokkaido: kita-murasaki (Northern murasaki) and Ezo-bafun, using the old name for Hokkaido.

Sea urchin is also considered to be low in carbs and rich in protein as well as very low in fat and calories.

Uni is considered to be a seasonal food although it is still available year-round. Uni tastes best during the two months where the gonads grow in size to prepare for spawning season, causing it to become extremely delicious. This happens in between the months of July to August, September to October, October to November, and December to February for murasaki, kita-murasaki, bafun, and Ezo-bafun uni, respectively.

As mentioned previously, uni is best enjoyed fresh, and there is no better way to eat seafood fresh than to use it as a sushi topping, making it popular in sushi restaurants. Fresh sea urchin is commonly found as a topping for gunkanmaki (battleship-style) sushi, where it is placed gently over a mound of sushi rice before nori  (seaweed) is wrapped around the stack.

Use Outside of Sushi

While uni is most commonly enjoyed raw, there are many other ways to enjoy this delicacy!

In Hachinohe City located in Aomori Prefecture, there is a local dish called “ichigo-ni,” which is a hotpot that contains both uni and abalone. Talk about luxurious! It is usually eaten during New Year’s celebrations and other special events. The name comes from the uni floating in the soup that mimics the texture and color of strawberries.

Within the Hiroshima area, a dish called “uni horen” (sea urchin watercress) uses raw sea urchin that is placed over watercress (or spinach in some variations) before it is sauteed in butter. This causes it to melt slightly under the heat, influencing the flavor of the leafy greens.

Sea urchin is also enjoyed as a pasta ingredient. Many Japanese spaghetti restaurants feature pasta dishes with a Japanese twist, called wafuu ­pasta (Japanese-style pasta). Pasta with uni is often featured as the star dish of these restaurants. Restaurants serving this dish may use other seafood ingredients like squid ink and clams to complement the unique flavor.

Of course, everything goes well with rice and sea urchin roe is absolutely no exception. Dozens of pieces of sea urchin roe are stacked on top of a rice bowl in order to create a heavenly mound of delicious umami flavor, also known as an uni donburi. It will have you drooling once you get a look at it. This style of donburi (popular Japanese rice dishes of food over rice) originated in Hokkaido as a breakfast dish but has become popular all over Japan.

If you are still nervous about eating raw sea urchin, how about steamed? Chawanmushi is a savory steamed egg custard (like an unsweetened Japanese pudding) made in a traditional teacup that uses an egg mixture with soy sauce, dashi (Japanese-style stock), and mirin (cooking rice wine) along with other ingredients.

Uni is usually placed on top of the custard, allowing it to be the first thing that graces the eater’s eyes when they take the lid off of the teacup.

Have you ever had uni before? Where did you have it? Tell us about your experience in the comments below!