Traditional Tokyo Japanese Lifestyle: How to Experience It 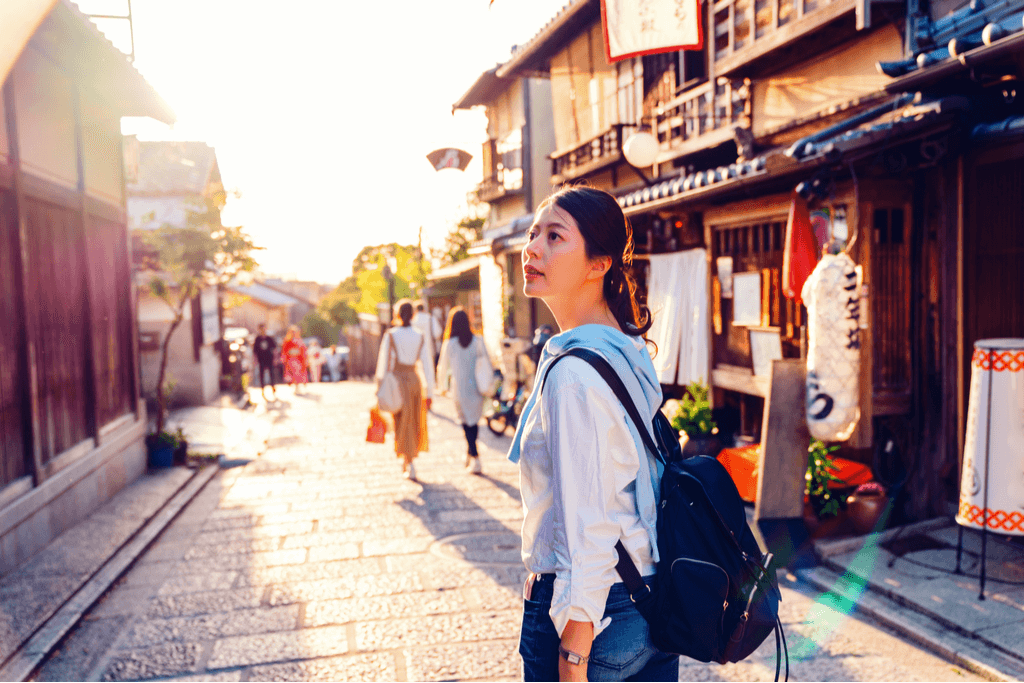 Traditional Tokyo Japanese lifestyle experiences can be a challenging, yet rewarding journey. Despite being the country’s capital, Tokyo is not typically considered the center of Japanese culture. Tourists rarely prefer a tea ceremony in this contemporary, multicultural city over shopping or a trip to the newest attraction.

Tokyo’s nightlife has a lot to offer for those who want to experience traditional Japanese culture despite the city’s abundance of tall skyscrapers and booming nightlife; you need to know where to look. Keep on reading as we’ll outline several locations in Tokyo where you’ll experience the traditional Tokyo Japanese lifestyle.

Nakamise-dori, one of Tokyo’s historic cultural roads, is a must-see in the Asakusa district. Nakamise shopping street is situated directly behind Senso-ji Temple. It’s easily a star attraction on its own. The road boasts many stores offering everything you want, including regional souvenirs and traditional snacks.

Whenever you are on Nakamise-dori, vendors are competing for your attention. You might buy lovely Japanese fans, a new umbrella, or even a few hair items. Renting traditional Japanese clothing such as kimonos or yukata (bathing cloth) is also very popular, and is integral to the traditional Japanese Tokyo lifestyle.

There are also many fantastic opportunities for photographs here. The street boasts lively decorations during festivals and special occasions, making it even more colorful and attractive for those interested in the traditional Tokyo Japanese lifestyle.

The most important thing to know is that this commercial area primarily serves the neighborhood’s senior population. What’s more, it provides a more niche alternative to the nearby Nakamise arcade, where you may buy a yukata, a Japanese fan, or other unique handicrafts.

The stores and signs in Denbouin indeed resemble an old street in Tokyo. As a matter of fact, one visit will take you back to the Edo period (1603-1868). When the Tsukuba Express rail line opened, the stores in this area had a renovation as part of a community development initiative.

A large gate marks the entrance to Chingodo Hall in Senso-ji temple. You can see the Denbouin Garden, an emblem of the traditional Japanese Tokyo lifestyle.

The Imperial Palace is a geographic and cultural hub for the traditional Japanese Tokyo lifestyle and naturally attracts most tourists. Because of this, the nearby streets and ancient complex provide a wonderful day of sightseeing. In the past ten years, the wealthy business district of Marunouchi to the east of the palace has developed.

As a result, this construction project gave rise to several new and renovated buildings housing upscale hotels, shops, and restaurants. The tree-lined Naka-dōri has developed into one of Tokyo’s most attractive roadways, making it the ideal place to stroll. Its main features, for example, include Tokyo Station’s red-brick exterior and Yurakucho’s robust restaurant district.

Tsukiji is world-famous for its large fish market. While the word ‘Tsukiji’ literally means ‘landfill,’ with 2800 tons of fish sold daily, it’s more eye-catching than expected. While not all sellers are too keen on tourists walking about, if you stick to the rules and don’t interfere with their business, you will be fine.

After visiting the fish market, you can see the Tsukiji Hongan Temple, an unusual church-like structure with both Western and Eastern architecture.

The historic Nihonbashi bridge is the reference point for all distances to Tokyo. Many shoppers enjoy the magnificent Mitsukoshi and Takashimaya department stores. They also enjoy the Coredo Muromachi shopping, dining, and entertainment complex at any time of day.

Nihonbashi–the location of Tokyo’s original fish market for 3400 years–is also a top culinary destination, with many gourmet groceries and restaurants.

Tokyo’s most upscale district, Ginza, is a center of high fashion with stylish department stores, galleries, and upscale restaurants. Ginza is one of the most well-known shopping districts in the world, proudly ranking alongside Fifth Avenue and the Champs-Élysées.

Ginza is home to many small commercial art galleries and creative spaces. Most of these galleries’ sponsors are significant corporations such as Sony, Nissan, and Mitsubishi. A major attraction is the city’s dedicated kabuki theater, Kabukiza, dedicated to Japan’s historical theater tradition. For those more interested in architecture, the theater’s spectacular decor is worth a visit.

This neighborhood is also famous for its high-end sushi eateries, but there are affordable traditional Japanese food options, including delicious ramen diners.

Looking to enjoy the Japanese lifestyle without leaving your home? Check out Sakuraco! Sakuraco delivers traditional Japanese snacks, teas, sweets, and snacks from local Japanese makers directly to your door so you can enjoy the latest treats from Japan!

Akasaka is an upscale residential and business sector in Minato. It’s north of the Roppongi neighborhood and west of the Parliament building near Nagatacho. Moreover,  Akasaka is home to Akasaka Palace, a government building hosting dignitaries.

The bars in Akasaka have a posh and international reputation. In addition to traditional kaiseki cuisine, visitors can enjoy gyoza, wagyu, and vegetarian food. It also has a few Shinto shrines, the most famous of which is the Hikawa Shrine.

Nakano has a vibrant local culture in addition to being a haven for fans of anime. Many independently owned ramen businesses have turned Nakano into a “ramen battleground”. Alongside other long-running stores, these provide the area’s vintage atmosphere, a rare sight among the modernized streets.

Asagaya is more than just food and shopping–it’s rich in culture and history. The Tokyo shopping arcade is situated in Suginami Ward, west of Shinjuku. A trip to Asagaya allows you to witness and experience a Tokyo local’s daily life.

Asagaya streets undoubtedly have tons of retro-styled shops; everything you are looking for and more is there! Interestingly, just around the corner of this busy shopping arcade, a quiet residential area full of greenery will captivate you and give you a sense of being “at home.”

Japanese and foreign visitors flock to Asagaya because of its nostalgic atmosphere. This neighborhood is small and relaxed, unlike Tokyo’s significant districts, making it the ideal place to unwind after a long day at work.

One of Tokyo’s most charming and historic districts is Yanaka. It survived the fire bombs during WWII and the Great Kanto Earthquake and Fire of 1923. In the past, the region was home to some of the country’s most well-known writers and artists.

This neighborhood is impressive during an afternoon stroll on the side streets near Nippori Station. It showcases the abundance of multi-generational and talented artisans. They commonly make textiles, ink prints, wood carvings, traditional foods, stationery, pottery, jewelry, and more.

Yanaka Ginza is the main shopping street, where traditional shops sell goods that retain an especially familiar spirit. Another attraction of the area is Yanaka Cemetery. Many of the tombs feature elaborate decorations and lovely landscaping. You can also find the grave of Tokugawa Yoshinobu, the last shogun of the Edo Period of Tokyo, here. Anyone visiting Tokyo on a quest for traditional Japan would do well to spend a day in the Yanaka area.

Without a doubt, many neighborhoods in Tokyo’s capital feature the traditional aesthetic. Each area harkens to an era of luxury, artistry, and primarily classic Japanese cuisine. Have you ever been to these neighborhoods before? Would you like to go? Please let us know in the comments below.