Japanese Shinto Shrines: A Guide to a Sacred World 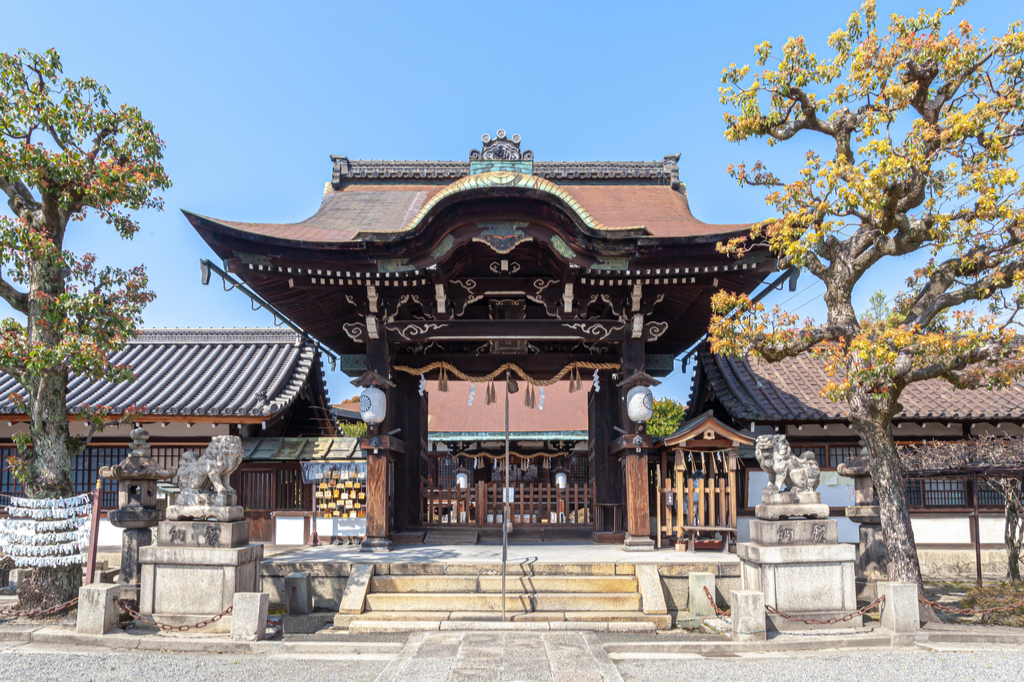 Coming to Japan also means coming to the world of Shinto. There are about 80,000 shrines dedicated to 8 million Shinto gods throughout the country of cherry blossoms. Today, let us take you to the sacred place where the gods of Shinto reside – a Japanese Shinto shrine, to learn about its most unique features and some general rules of thumb to follow when paying a visit in Japan.

Shinto (神道), or “Kami no michi” meaning “The Way of the gods”, is the indigenous faith of Japanese people. Unlike other religions, Shinto has no founder and no sacred scriptures like the Bible, it is rather an integration of beliefs and ritual worship of Kami – the gods that are deeply rooted in Japanese culture through legends and myths for thousands of years.

In Shintoism, Kami are everywhere in the universe, including sacred objects in nature (the sun, moon, wind, thunder, mountains, rivers, trees) and spirits of the dead (the emperor’s ancestors, the ancestors of a family, the heroes of service to the country).

These sacred spirits, also known as Kami, are worshiped in Japanese Shinto shrines or Jinja (神社). They are also holy places to perform some of the important rituals throughout a Japanese person’s life, such as Hatsumode (the first prayer of the New Year), coming-of-age ceremony, or weddings.

Shinto is not only a religion for praying and worshiping gods, but it also influences traditional Japanese arts such as Japanese tea ceremony, calligraphy, flower arrangement, and more, done with the high-quality and spiritual values of the religion.

Want to explore Japanese culture without going all the way to a Shinto shrine? A taste of Japanese traditional snacks is all you need! Sakuraco sends traditional Japanese sweets, snacks and tableware from across Japan to your door, so you can have the experience at your convenience!

The most recognizable symbol of Japanese Shinto shrines is the magnificent gate that stands as the entrance to the shrine, called Torii.

It is usually made of wood or stone and painted red. In Japanese culture, red symbolizes the sun and life, making it a color that helps keep the bad things away. When we pass through this gate, we are purified and cleansed of bad energies. This is to ensure only positive energies are brought into the place where the gods live.

Torii gates vary in both size and numbers, depending on the characteristics of the shrine itself.

A beautiful Torii gate sight for visitors to Japan is a World Cultural Heritage site – Itsukushima Shrine located in Hiroshima Prefecture. This is the first shrine to have a Torii gate floating in the middle of the water – an image usually seen in Japan’s travel blogs and videos. People usually come to visit Itsukushima Shrine in the summer, as this is the time when the tide level allows you to see the legendary red gate and the scenery around the shrine most clearly.

Some shrines have thousands of Torii gates, and the closer the gate is to the shrine building, the more sacred it is. Many Japanese people even donate money to make these gates. Fushimi Inari Shrine in Kyoto is one of the famous shrines having a whole series of corridors made up of Torii gates, each of which is marked with the donor’s name.

Shimenawa ropes are made of dried straw fibers woven together, making them extremely stiff and strong. These ropes are hung on the Torii gate or in front of some places of worship in the shrine. It is said that the origin of Shimenawa rope is related to the tale of the god Susanoo of Tottori, who instructed people to weave dried fibers into huge ropes and hang them on both sides of the road to ward off evil spirits.

You can also easily see Shide – sheets of white paper made in a zigzag shape hanging from Shimenawa ropes. It is said that Shide represent lightning – accompanied with the image of rain helping plants and trees to flourish, as people in the old times usually hung this to pray for a good harvest.

Like Torii, Sakaki are planted around a shrine, creating a sacred barrier to protect the pure space within.

Of all the trees that are considered sacred and divine, Sakaki is the most important. This plant is often planted around Japanese Shinto shrines, creating a sacred fence. The reason Sakaki trees are sacred in Shinto is because they are evergreen, which is synonymous with immortality.

Tomoe is a design that is quite similar to the yin and yang symbols, but their meanings are completely different. This design represents the three worlds of Shinto: heaven, earth, and the underworld.

Legend has it that the Shinkyo mirror is a sacred object, used to connect the earth with the spirit world. Shinkyo can appear at Japanese Shinto shrines as the avatar of Kami. The Gods will go into the mirror to communicate with humans.

A Guide to Visiting a Japanese Shinto Shrine

As Torii Gates are the boundary between the Kami’s territory and the human world, bowing once before entering and leaving the Torii gate is common practice. Because this gate is also the way God passes, you should not walk directly in the center of the gate. Instead, follow the path to the left or right of the gate.

Purify Your Hands and Mouth at Temizuya

Before meeting the Gods, you must cleanse your body and mind with water from the Temizuya water tank at a small area located inside the shrine area. Use the provided ladle to wash your hands and mouth according to some specific steps.

First, use your right hand to hold the ladle and scoop water, then pour water on your left hand to wash it.

Next, hold the ladle with your left hand and pour water over your right hand to wash that one.

Then, pour some water from the ladle into your left hand, rinse your mouth, and spit out the water next to the tank. Never let the ladle touch your mouth.

Finally, wash the ladle by holding it upright so that the remaining water flows down to the handle. Put it back in place.

Bow, clap and pray at Honden and Haiden

Honden is a place to worship the gods, and Haiden is a place where people come to pray. Depending on the architecture style of the shrine, these places can be built separately or combined in one building.

In Japan, the gods of Shintoism are always worshiped in a separate place, where no one can see.

A common way to make a prayer at a Shinto Shrine is:

Get Your Fortune with an Omikuji

Omikuji is a fortune-telling paper usually placed in the courtyard of a Shinto shrine where you will randomly pick one after leaving a certain amount of money (usually 100 Japanese Yen). If the prediction is lucky and full of success, you can keep it by putting it in your wallet. However, in the opposite case, you should hang them on the scaffolding there. It is believed the bad luck in fortune telling will be resolved by the Gods.

Wish for a Good Year with Ema

People visiting shrines also write their wishes on wooden plaques (Ema) and hang them there so their wish comes true. Most people wish for good health, success in work, passing entrance exams, or happiness in life. Omikuji, ema, and charm pouches are the most common Japanese good luck charms that everyone stocks up on at the start of the year.

Have you ever had a chance to visit a Japanese Shinto shrine? Share your experience with us in the comments below!