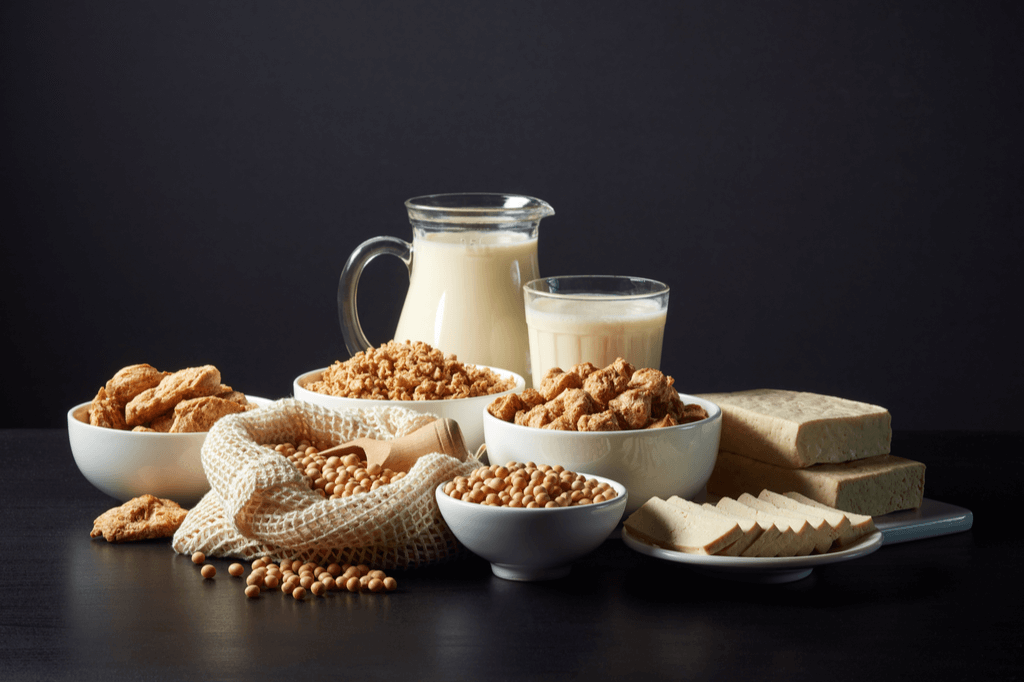 Japanese beans, especially soybeans, have long been a part of Japanese culinary tradition. Soy sauce, miso, and tofu? Each of them contains soybeans. Soybeans are so integral to Japan that they’ve even created snacks from the bean.

Farmers have been growing Japanese beans for a very long time. Nevertheless, it wasn’t until monks from China brought tofu and hishio (the forerunner to miso and soy sauce) to Japan that their influence in Japanese cuisine transformed from its nascency.

Initially, Buddhist monks primarily consumed tofu as an essential component of a vegetarian diet. Later, however, the aristocracy began to enjoy it, and then, several hundred years later, the general public.

These days, vegetarians are increasingly embracing soybean because of the variety of goods it produces. Because they typically taste delicious and are famous for their health benefits, soybean products are popular among both vegetarians and non-vegetarians. They exist in many forms and various recipes, including snacks.

Yuba is the “skin” that appears on top of cooked soy milk. People use the skin in various regional dishes, including stews, ramen, seafood meals, and onigiri rice balls. The fundamental attraction of yuba is its adaptability. It’s an example of how culinary ingenuity and Japanese beans go hand-in-hand.

The oldest legend claims its invention was between the middle of the 10th century BC and the beginning of the 3rd century AD. Its texture is similar to tofu, soft and bouncy, and can adapt to the flavor of any dish that includes it. Yuba pairs well with a tiny bit of soy sauce.

In Nikko, yuba meals are widely available in shops and restaurants. There are numerous shops and street sellers who sell it as snacks. One popular crunchy yuba snack is “Nikko Yuba Chips,” a product of  Nikko Food in Tochigi Prefecture. It’s delicious, but it also pairs well with sake.

Want to enjoy more traditional soy snacks like yuba chips? Check out Sakuraco! Sakuraco sends traditional Japanese snacks, teas, sweets, and kitchenware so you can taste Japanese culture in the comfort of your home!

Kinako mochi is a classic Japanese sweet consisting of rice flour mochi, roasted soybean powder, or kinako. Many people eat this snack during New Year’s for good luck. Additionally, it makes an excellent snack for people of all ages and benefits our bodies health.

Kinako also has a mildly nutty flavor frequently found in Japanese cuisine, particularly with sticky pastries. When combined with salt and sugar, its taste elevates to a new level of sweetness and tastiness.

Natto, or fermented soybeans, has a slimy, sticky, and stringy texture. The soybeans ferment with the Bacillus subtilis bacteria. They are one of the most famous Japanese beans.

The oldest legend claims its invention was between the middle of the 10th century BC and the beginning of the 3rd century AD. Its food distribution began in the Edo era (1603–1868) when it finally became a Japanese breakfast staple.

Currently, three packs of natto cost between 100-200 yen (around USD 1.75) in Japanese supermarkets or convenience stores. It’s famous for its nutrients, including dietary fiber, soy protein, and vitamin K. However, it has a distinct smell due to fermentation. It is renowned as a healthy snack because it has lots of fiber, soy protein, and Vitamin K.

However, it has a distinct smell due to the bacteria in the fermentation process. Soybean products are famous for their tasty flavor and health benefits among vegetarians and non-vegetarians. More coffee drinks, such as “soy latte,” are made with soy milk instead of regular milk. Its fragrance is distinctive and somewhat spicy, and people frequently describe its flavor as nutty.

Natto is frequently served with cooked rice in Japan and sprinkled with soy sauce, mustard, chives, or other flavors.

Tonyu: Milk Made from Japanese Beans

Tonyu, or soy milk in the West, results from soaking soybeans, mashing them, adding water, and boiling the juice. Okara, or the white-yellowish pulp of the soybean, remains after the liquid cooks down.

If not adjusted, the flavor is almost identical to tofu, and the scent can be very grassy, thanks to soybeans. Many people enjoy this flavor, but some find it challenging to consume; as a result, in Japan, easily consumable soymilk is also produced with vegetable oil, fruit juice, matcha, and other additives. It is also possible to buy soymilk drinks flavored with other components like chocolate.

Soymilk-based foods, including soymilk nabe, soymilk gratin, and soymilk stew, have recently grown in popularity in Japan. Additionally, the number of coffee, cafe au lait, and cafe latte menu items (such as “soy latte”) that incorporate soy milk instead of milk is increasing. Soymilk cookies are also standard as a diet snack. Various desserts use soy milk instead of regular milk, including puddings, doughnuts, cheese, and ice cream.

Edamame soybeans are still young and green when plucked. As a result, unlike the mature soybeans used to create soy milk and tofu, edamame is mushy and edible. Japanese cuisine features edamame frequently, and both the pod and the hull are available for purchase.

Even though the pod itself is not edible, the flavor it imparts makes edamame in the pod a perfect snack. The hulled variety is excellent for mixing into salads and rice recipes. Although the price of hulled edamame is slightly more significant, it is still inexpensive.

Most Japanese restaurants provide an appetizer of edamame served in the pod. Being a good source of low-fat soy protein, it is an excellent option for vegetarians, vegans, and anyone trying to eat healthily. You can purchase edamame, either frozen or fresh.

Edamame can either be used in a recipe with sesame seeds or served as an appetizer or snack and eaten straight from the pod. You can quickly consume the edamame while still in the pod. Edamame pods are usually salted to enhance the flavor of the beans, and you can eat edamame hot or cold.

Do you like soybean snacks? Have you ever tried yuba chips? Let us know in the comments below!