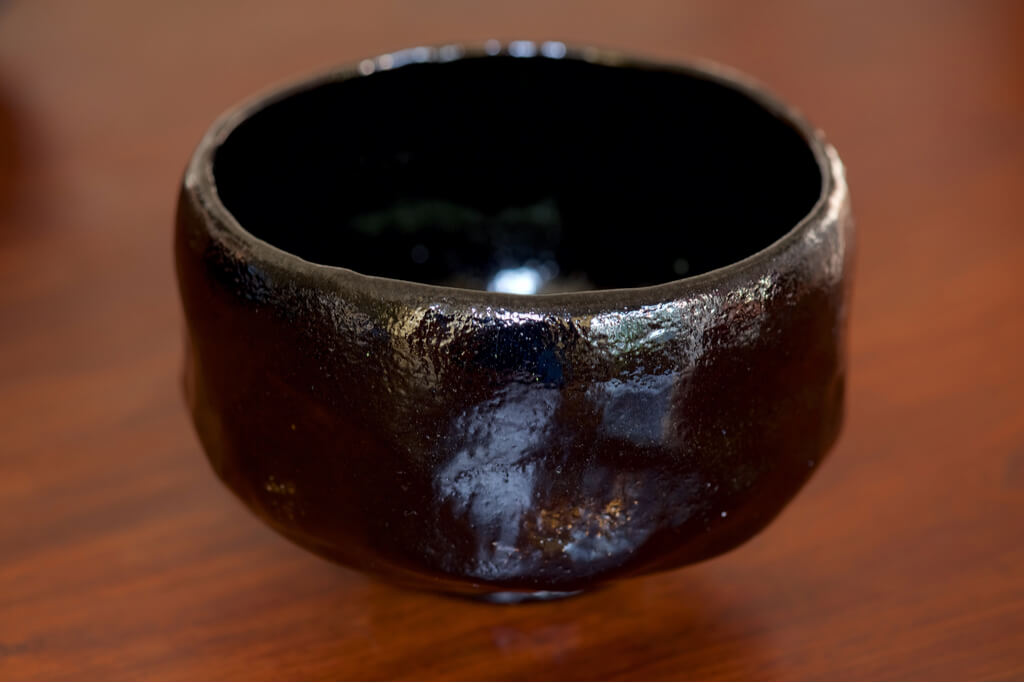 Raku ware is a form of traditional Japanese ceramics.

The History of Raku Ware

Ties to the Tea Ceremony

The traditional form of raku ceramics began with Sen no Rikyū (1522-1591), considered the  “Master of Tea” and founder of three major schools of the Japanese Tea Ceremony. Tea master Sen no Rikyū commissioned the famous potter Tanaka Chojiro (1516–1592) to make the chawan to be used in chanoyu (the Japanese tea ceremony). These bowls were made from a unique red clay, and so were called juraku-yaki, after the clay (juraku).

They were also called ima-yaki, which means contemporary ware, as the new style of ceramic crafting. Chojiro’s bowls were meant to reflect the wabi (fresh and simple) philosophy of the Japanese tea ceremony. As such, they were kept simple in shape and were glazed with a single color, either black or red.

Interested in experiencing the beauty of traditional Japan in your own home? Let Sakuraco bring Japanese teatime with handcrafted sweets right to your door.

The Origins of the Name “Raku”

Raku ware didn’t get its current name until after it had already become popular in Japan. The ceramics master Chojiro also manufactured ridge tiles for shogun Toyotomi Hideyoshi’s palace in 1574 using similar pottery techniques. To thank the family, Hideyoshi gave a seal to Chojiro’s son, Jokei. The seal was inscribed with the word, raku, which means comfort, or ease.

The family then continued to use this mark on their work, giving their ceramic style its name. They also took the name Raku as their family name. Raku pottery was the first to use a seal mark in Japan, which made it easily identifiable. Today, most Japanese raku ware consists of chawan tea bowls, stamped with the seal of the craftsmen who created them.

The original raku workshop still exists today in Kyoto, and is still headed by a descendant of the Raku family, Raku Kichizaemon XV. Throughout Japan, there are also many well-known kilns founded by other members of the Raku family, or by those who apprenticed at the original kiln. One example is the Ōhi-yaki kiln in Ishikawa prefecture (also called Ōhi ware).

In the 1950s, raku ware was introduced to the West, where it developed in an entirely different direction. There, the firing process gained popularity for the vibrant colors it can produce which is very different from the simple colors of the Japanese style. Western raku ware is far more diverse in form as well, from elegant vases to elaborate sculptures.

The Crafting of Raku Ware

Raku pottery is created using a technique called tezukune, which involves shaping the clay with the palm of your hands, instead of a potter’s wheel. After the clay has dried slightly, it is smoothed with a scraper made of metal or bamboo.

Not all raku ware is glazed, some are left unglazed for simplicity. If a glaze is applied, it is often lead-based.  Different types of glaze include: wax resist, matte black, copper, and crackle glazes.

In some Western raku styles, horse hair is also applied to the surface of the glaze, which burns away to leave lines on the surface of the bowl. Variations and combinations of these techniques have led to a vast array of designs.

The bowl is fired in a charcoal-fueled kiln for a short amount of time at low temperatures, usually  900 to 1200°F (500 to 650°C). It is then removed while still hot. This causes a thermal shock, as the pottery is removed while still glowing red-hot.

Finally, the piece is slowly cooled by exposure to the air. This firing process gives the bowls unique and porous surfaces. The process also causes unpredictable results in the colors and textures of the resulting piece.

Each individual bowl created by this process is unique, sometimes even unexpectedly so. The firing process often leads to unanticipated results in the glaze and uneven surfaces. However, these “imperfections” are not considered as such in the Japanese philosophy of wabi-sabi.

The Buddhist teaching of the Three Marks of Existence, states that all things have “non-self” (kū), “impermanence” (mujō), and “suffering” or damage (ku). Based on this teaching, value is placed in objects which are humble, flawed, and fragile. During tea ceremonies, the chawan bowls are carefully admired, and the flaws of each bowl are noted and appreciated.

It is a wonderful reminder that our own “flaws” are just those traits that make us unique and deserve to be appreciated as well.