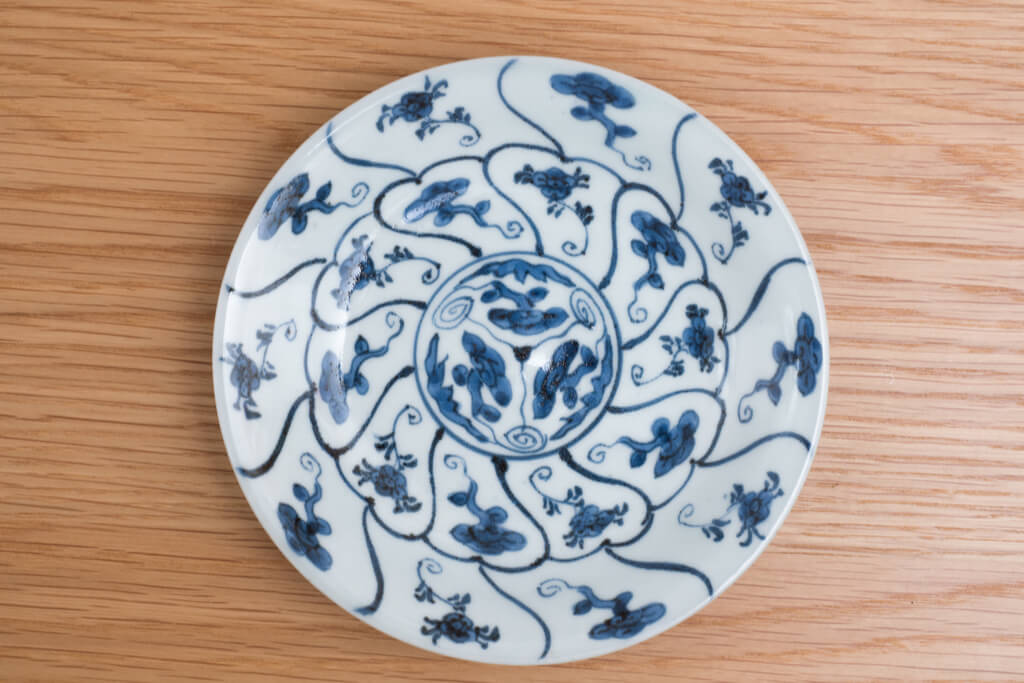 Imari ware was one of the first types of Japanese ceramics to reach Europe. Contrary to the simple beauty of Raku ware, Imari ware was characterized by its cobalt blue and white designs and swirling red and gold Oriental patterns, influenced by the Chinese designs of the Ming dynasty at the time of its conception.

But how exactly did Imari ware come to be? Let’s find out more about this beautiful and detailed form style of Japanese ceramics.

Also known as Akita ware, Imari ware, or Imari-yaki in Japanese, came about at the time of the Imjin War – the name for the failed Japanese conquests of Korea by the warlord and samurai Hideyoshi Toyotomi.

When attempting to conquer the Korean Peninsula between 1592-1598, he brought back Korean potters. One of those potters was Ri Sampei (his Japanese name) who discovered stone fit for ceramics in Arita, a city in Saga prefecture. This Arita porcelain ware was capitalized upon by samurai Noashige Nabeshima and is believed to have largely contributed to the prosperity of his family at that time. During the Kan-ei era (1624-1643), the popularity of the Arita ware grew across Japan.

Potters who then introduced ceramics to the Akita region were influenced by Chinese Ming dynasty designs, which were especially popular in Europe at that time.

Around 60 years later in the Kanbun Period (1661- 1671), partially due to a difficulty in Chinese trading, the European demand for Chinese porcelain (also known as Oriental porcelain) grew too great to be sustained simply by China.

Before long, orders for Imari ware started to flood into Japan, so it was imported to Europe by the Dutch East India Company during the 17th and 18th century. Even though the pottery is made in Akita prefecture, the name Imari came from the Port of Imari in Nagasaki, where all the ceramics were shipped to Europe.

Early Imari was predominantly bought by European aristocrats and royalty, who saw it as a status symbol, but this changed around the 18th century as more factories were built and the Japanese porcelain gained more popularity.

In recent times, ‘Akita ware’ has become popular across Japan as an umbrella term for both Akita and Imari-yaki.

Nevertheless, there is some distinction, so Imari ware is divided into two main types. When it was first produced in Akita, it only contained blue patterns against a white background. However, these blue and white wares changed as the potters began to add lush landscapes and fantastic scenery in colors such as gold and red. These proved a hit in Europe and soon Europeans began requesting designs from the Imari potters. This pre-1750 period is called ‘Old Imari Ware’.

Not long after, thanks to its high status, many countries began porcelain manufacturing to create their own Imari pieces. This included China, which produced fine porcelain that lasted longer than their Japanese counterparts. Chinese Imari ware pushed up the scarcity of Japanese Imari and the price of the original Japanese version climbed even higher.

The second type produced post-1750 is simply called ‘Imari ware’, which encompasses porcelain made overseas too.

The history of Imari ware is long, but Imari style has remained comparatively unchanged since its inception. The blue designs, later adding red, gold, and green, are still relatively intact in modern day production. The process itself has hardly changed as well, with most pieces produced in Japan still handpainted in one of the two main factories.

Collecting Imari ware is still very popular today and one piece of Imari porcelain can fetch between 2000 yen all the way to 20,000 yen! This actually makes it great for a first collection as there are so many price points. You can also find antique Imari ware made in England. Royal Derby Ceramics have been producing their own version of this ceramic for over 60 years, which makes many of their pieces antiques.

In Japan, much of it is developed and made in the Gen-emon Kiln, established in 1753. This factory in Akita has survived many trials and historical tribulations, and it was even one of the only ceramics factories to be cleared to make artistic pieces during WW2.

If you’d like to have a go at making it yourself, you can even visit the Gen-emon Kiln and try it out. There you’ll find out all about the stone they use to make the ceramic clay, how the designs are made, and how it’s glazed.

If you ever have the opportunity, please take part in this beautiful piece of Japan’s art culture.