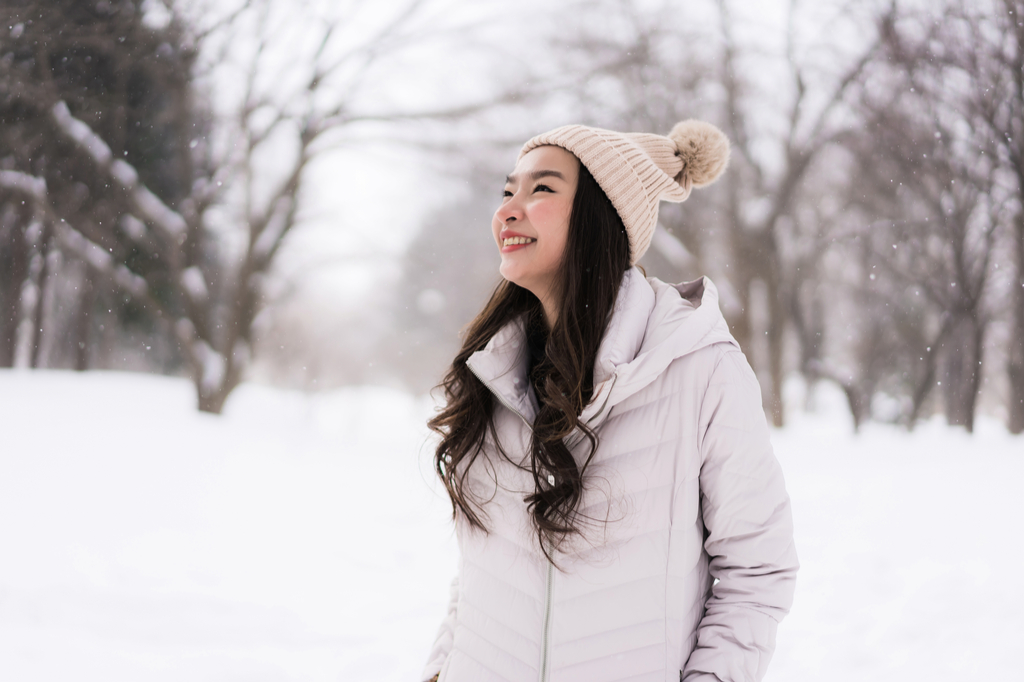 Hokkaido is a top destination for avid skiers and snowboarders not just for the incredible number of slopes but also the snow. Due to perfect conditions, the snow is wonderfully fluffy and powdery, transforming the whole prefecture into a beautiful and magical winter wonderland every year. And even for people who don’t particularly enjoy snow sports, there are plenty of events and sights to see during wintertime.

Annually, the prefecture sees an average of over 15 meters (600 inches) of snow, with more than one third of that falling during the month of January. It’s common to have snowfall 6 days a week during this time, which is why it is also the most popular period for locals and tourists to hit the slopes.

Located in Tomamu, the 1088 meter high Cloud Walk offers an impressive view of the frozen landscape. Jutting out from the mountain, if you’re lucky, you’ll get to see the natural phenomenon called “rime” when the temperature is just right to freeze the water vapor into glittering frozen crystals on the trees and other objects outside.

Reaching the terrace simply involves a 13-minute gondola ride up and down, so for those without an aptitude for snow sports, there is no need to miss out on the beautiful winter views. For those desiring some more adventure, there are snowshoe tours available, allowing you to truly experience winter on the mountain. And for a limited time in the winter season, the Muhyo Terrace and Cloud Walk are illuminated at nighttime for a truly dazzling display straight out of a dream.

The most popular resort on the island, Niseko United is actually home to 4 separate resorts and is famous for the long runs with endless powdered snow. In recent years, the resorts have been popularized by an increase in foreign tourists, mainly Australians, which has led to making the area more accessible in terms of language services.

One of the highlights of these resorts is the option to explore off trail skiing, which is relatively uncommon in Japan. The backcountry is accessible through special gates with guided and even helicopter tours being offered.

Along the slopes of the snowy mountains during the peak of winter, from Hokkaido all the way to Nagano, the tall pine and fir trees are covered in a layer of rime ice and completely buried with a thick coating of powdered snow. These now curiously shaped forms have been lovingly named “snow monsters” and have since become an attraction in and of themselves.

Local guides lead snow tours through the forest to marvel at this wonderful display of nature, often ending the expedition with a well-deserved trip to the onsen (natural hot spring). Unfortunately, due to climate change, this natural process caused by the cold Siberian winds, high altitudes, and perfect amount of snow only occurs during an increasingly narrow window of opportunity.

A Land that Celebrates Snow

From snow sculptures, to snow sports, to simply marveling at the sights, Hokkaido is a beautiful winter paradise that truly embraces all the delights of a northern region. For those who truly cannot get enough of the coldest season of the year, this is certainly a destination not to be missed.

Are you always excited for the first snowfall of the year? Is winter your favorite season? Let us know in the comments below.