Our Guide to the Sapporo Snow Festival 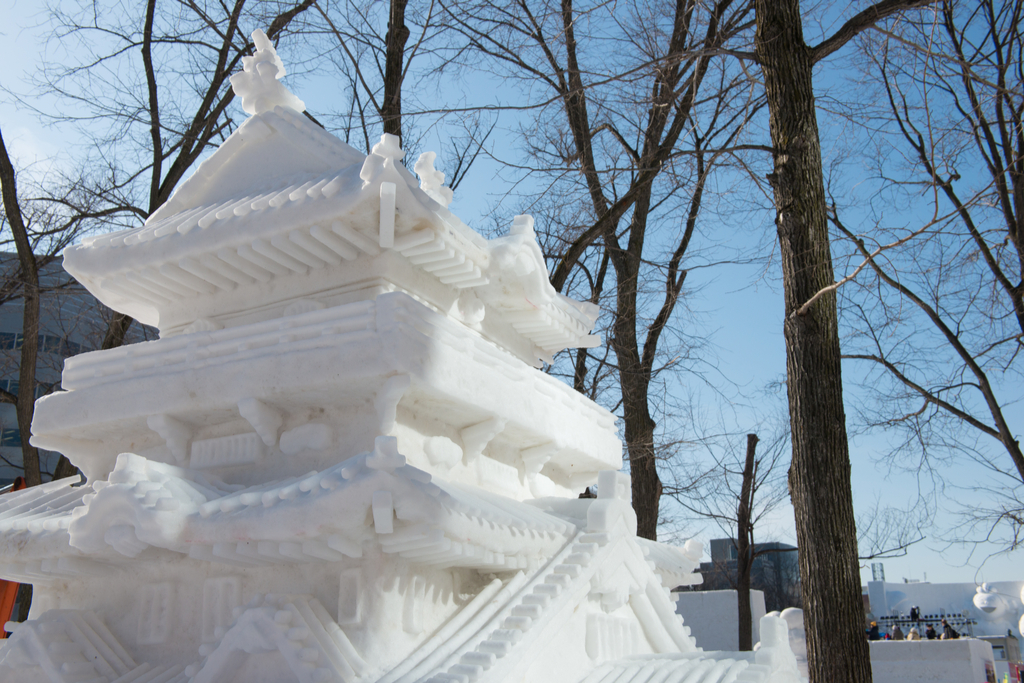 For one week every February, Sapporo, the capital city of Hokkaido, hosts an impressive festival that attracts over 2 million visitors from across Japan and around the world. Odori Park, located at the center of the city, comes alive with snow and ice sculptures, live performances, food stalls and more while visitors brave the coldest time of the year to take part in the excitement.

In the past decade, the northern prefecture has become a top tourist destination for winter-enthusiasts and the snow festival is on the top of many tourists’ bucket lists. But how did this impressive event get its start? Read on to learn the history of this visually stunning winter celebration and the top attractions you won’t want to miss.

From Humble Origins to World-Famous Event

The festival has been a yearly tradition since 1950, when 6 local high schools had a 1-day event of building snow sculptures in Odori park. Over the years, more and more schools took part and eventually the competition went from local teams, to national teams, to international teams. And while the festival now has events across the city, the snow sculptures are still created and displayed in Odori park. Given the space restrictions, it means there is a limited number of teams which can participate, which means just qualifying is already a competition within itself.

The highlight of the Sapporo Snow Festival is easily the impressive snow and ice sculptures in the center of the city. Built over the course of weeks leading up to the festival, there are over 400 statues or sculptures displayed each year. Some are smaller, while others involve a full team of talented ice sculptors who use everything from ice picks to chainsaws to achieve their vision.

To fully enjoy the Sapporo Snow Festival, it is best to visit all three main sites: Odori Site, Susukino Site, and Tsudome Site.

This 1.5 km long park at the center of the city is used as the main stage for the snow sculpture event and the beautiful works of art are opened to visitors until 10pm every night.

Just one subway stop south of Odori Park, this location is right in the city’s entertainment district and showcases the ice sculptures which are on display until 11pm every night.

About 30 minutes from Odori Park, this location was designed to be family friendly with three types of snow slides for those who want a more interactive experience.

During the winter, the sun can set as early as 4pm, which in the past didn’t leave much time for spending the day at a festival. However, in 1980, the city began setting up seasonal lights on trees, statues, and buildings around the city to help promote local businesses. Soon, this tradition spread to the snow festival as well and now the sculptures are lit up in vibrant colors until 11pm every night. These illuminations become more and more ambitious every year, so now it is essential to attend the festival during the day and at night to get the whole experience.

The Future of the Festival

Due to the current pandemic situation, the Sapporo Snow Festival was held as an online event in 2021 with the status of the 2022 event still under consideration. But hopefully in the near future, this beautiful city will play host once again to this impressive event as well as tourists from across the country and the globe.

Have you been to the Sapporo Snow Festival? Would you like to go if given the chance? Let us know in the comments below.