What is Hokkaido Butter Ramen? 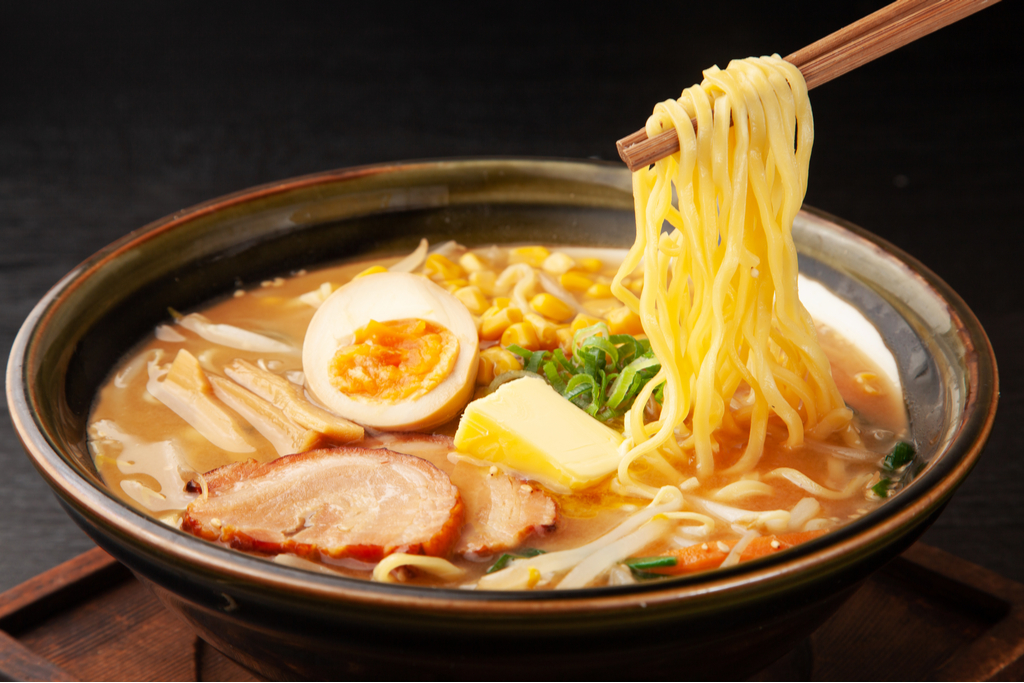 Ramen has become a popular Japanese culinary export, along with sushi and Kobe beef, but did you know that each prefecture has its own style? From Tokyo to Fukuoka to Hokkaido, there is an incredible variety of this noodle dish, and more are being created all the time. In recent years, the northernmost prefecture of Hokkaido’s spin on the meal, Hokkaido butter ramen, has risen to prominence along with its international reputation for high quality ingredients and rich flavors.

Ramen History: From China to Japan

Although ramen is now firmly entrenched in Japanese culinary culture (both the fresh and instant versions), the dish is actually Chinese in origin from the word lamian (拉麵) and means “pulled noodles”. While Japan has been heavily influenced by China for centuries, this particular dish only made its way into the country in the mid 19th century via Chinese immigrants. It is believed that the first ramen was made and sold by Chinese laborers in Yokohama’s Chinatown, located just south of Tokyo, and it took another 50 or so years before ramen shops began to pop up all over the country.

Ramen rose to popularity in postwar Japan when the country was reeling from both the destruction of World War II as well as a terrible rice harvest in 1945. From 1945-1952, Japan was under American military command and the market was flooded with cheap wheat flour to help alleviate the food shortages. The wheat flour eventually made its way into ramen noodles and the dish became instantly far more affordable.

A New Ramen Style from Sapporo

Otherwise known as Hokkaido ramen, this variation when first introduced was a big change from the traditional pork bone-based broth that was commonplace. The man credited with creating this new version, Morito Ohmiya, wanted to create a style of ramen that was healthier and had less oil. After much experimentation, he found a way to create a miso based broth that was still rich and delicious, and added in vegetables to help soak up the excess oil. Once the recipe was perfected, Ohmiya opened his first ramen shop called Aji no Sanpei in Sapporo, and later on added more broth types, such as soy sauce, salt, and crab, which were quickly picked up by ramen restaurants across the country.

And while miso ramen is now available across the country, there is a newer version of Sapporo ramen with one more factor that makes this dish quintessentially Hokkaido cuisine: the additional toppings of sweet corn and butter. Both corn and dairy are Hokkaido specialties that feature in a wide variety of dishes, and the butter serves two purposes: flavor as well as adding more fat to keep the soup hot longer. Perfect for a prefecture that is famous for long winters.

Where to Get Sapporo Ramen

There’s only one way to get authentic Sapporo Ramen, and that’s visiting the prefectural capital. Should you ever be lucky enough to visit Hokkaido and are a ramen fan, here are few top spots that are guaranteed to leave you feeling satisfied:

Famous for its super thick and rich miso broth, this shop only opens at 6pm but always has a long line of hungry patrons waiting to get in.

The original shop that started it all is still running and making its delicious miso ramen topped with vegetables and ground pork.

This shop creates a beautifully flavored miso broth by blending two types of Hokkaido miso for a truly local dish.

Have you ever heard of Hokkaido or Sapporo ramen? Would you like to give it a try? Let us know in the comments below.