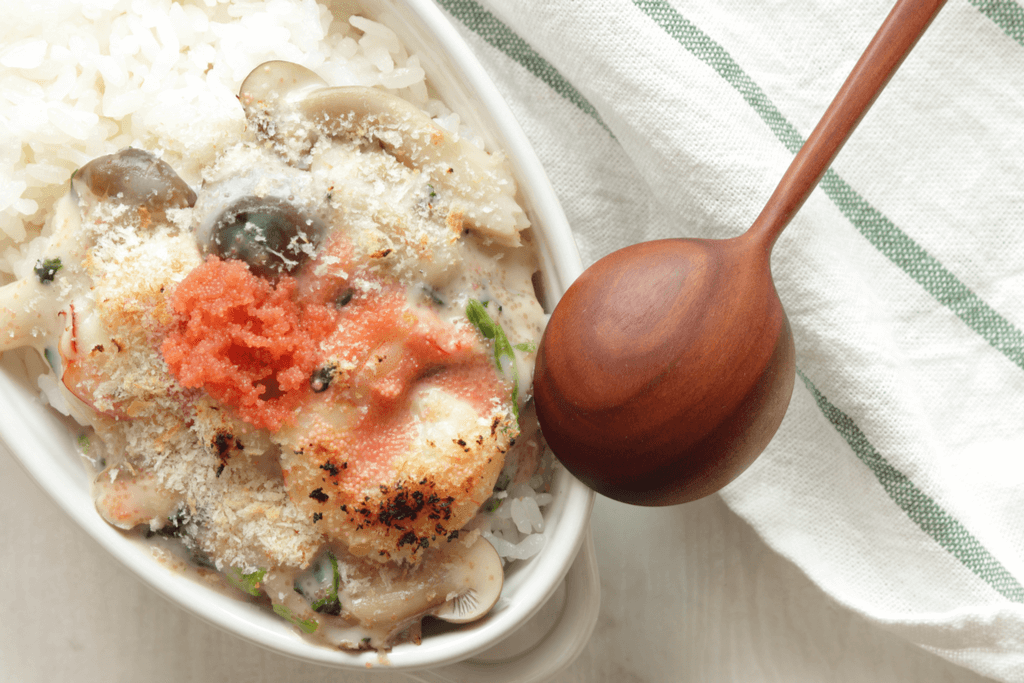 Yokohama was one of the first ports that opened in the 1800s when Commodore Perry arrived on the shores of Japan with his ships. Since then, Yokohama has been the birthplace of a variety of delicious dishes. Let’s talk about some famous Yokohama foods you have to try in this port city!

Thanks to Yokohama’s unique position as one of the first cities in Japan for foreigners to have open access to in over two hundred years, the foods in Yokohama have undoubtedly been influenced by other cuisines from all over the world. Today, Yokohama boasts Japan’s largest Chinatown, two ramen museums, an extensive brewing scene, and a mix of traditional and foreign-inspired foods.

When people think of beef and Japan, the famous wagyu beef comes to mind, noted for its intricate array of marbled fat and mouth-watering taste. So, it’s hard to believe that Japan once had a 12 century-long Buddhist ban that prevented its citizens from eating the meat of any four-legged animal.

It was eventually lifted when Emperor Meiji assumed power and radically reformed Japanese culture by adopting western practices and technology as Japan came out of isolation. One of the strongest influences were the meat-intensive diets that quickly changed Japanese cuisine.

Thus, gyunabe (beef hotpot) was born in Yokohama as a result of being one of the first areas to have foreign interaction. The dish is made with thinly sliced beef placed in a thick but shallow cast iron pot that contains tofu and assorted vegetables in a miso broth. The purpose of the dish was to introduce the Japanese palate to Western tastes.

The cooked meat can then be dipped into beaten egg for a smoother and creamier taste. Due to the similarities between Yokohama gyunabe and another beef nabe dish, sukiyaki, many believe that gyunabe is the origin of the popular dish. The difference between the two dishes lies within how the meat is cooked: sukiyaki grills the beef while gyunabe simmers it.

Want to experience a taste of local Japan, including locations like Yokohama, Hokkaido, Kyoto, and more? Give Sakuraco a try! Sakuraco sends traditional Japanese snacks, sweets, teas, homeware, and more right to your door straight from local Japanese makers, so you can experience Japan at home.

Yokohama is well-known as the birthplace of Japanese ramen. Every year, millions of bowls of ramen are consumed across the country. Sanmamen is a variety of ramen that was originally a staff meal provided for cooks and workers in a kitchen in Yokohama’s Chinatown over sixty years ago.

While the Japanese word for “sanma” is usually translated to mackerel, in this case, “sanma,” originates from the Cantonese word, “saang maa,” meaning “fresh and crisp” and “topping,” respectively.

There is no fish used in this noodle dish; instead, a light shoyu (Japanese soy sauce) or shio (salt) broth is used as the base while vegetables like carrots, shiitake mushrooms, green peppers, and kikurage mushrooms are stir-fried and added to the soup alongside pork bits. The soup is then thickened with cornstarch before thin, straight noodles are added to the soup.

This noodle dish is then topped with bean sprouts, giving it that namesake fresh and crispy topping. At the time of its creation, this street food was larger in quantity and heartier than most ramen dishes, becoming especially popular during the cold season. However, after World War II, sanmamen grew in popularity across the country, becoming mainstream.

A controversial pasta dish with both fans and haters around the world, napolitan was created by the then-Head Chef of Hotel New Grand, Shigetada Irie, after the end of the Second World War.

The name of the dish refers to the Naples region of Italy, which heavily features tomatoes in its dishes. It’s said that Shigetada Irie was inspired by military rations eaten in Japan by the occupying American soldiers. After seeing them pour tomato sauce over boiled pasta, he decided to make it more appetizing by adding garlic and onions to complement the tomato’s tartness.

The popularity of the dish soon saw it imitated by yoshoku (western cuisine) restaurants around the country. Chef Irie was classically trained in French and Italian techniques and had a plethora of ingredients available to him that the rest of the population did not. Because of this, many families decided to substitute tomato sauce with ketchup.

Today, napolitan is usually made with garlic, onions, green peppers, ketchup or a tomato-based sauce, a dash of tabasco sauce, and sausage or bacon. Parmesan cheese is a classic companion condiment, giving the dish a richer flavor. The noodles might be cooked past al dente to mimic the texture of udon noodles, although this often varies with the cook.

Napolitan fans can still try the original recipe at Hotel New Grand in Yokohama, but critics may say it’s not pasta.

Want to learn more about Western-style Japanese dishes? Check out this blog about the top 5 yoshoku dishes in Japan.

Not only is the Hotel New Grand iconic, it’s inspiring. Another famous yoshoku dish from Japan originated from the famous hotel: seafood doria.

Developed in the hotel’s kitchens during the 1930s by the Swiss Head Chef at the time, Saly Weil, the dish was meant to be served to a sick guest to give them energy. The dish was inspired by traditional French gratins and baked Italian casseroles which use potatoes as the base.

In order to match the Japanese palate, the chef decided to substitute potatoes with a starch deeply ingrained in Japanese culture – rice. Weil also decided to swap out meat and use seafood as the dish’s protein, although today, Japanese doria has evolved to include meat among its numerous variations.

Like its French counterpart, seafood doria uses a creamy white bechamel sauce that envelops the rice and seafood, while a thick baking dish is used to cook the dish. Not only that, a gratuitous amount of cheese is heaped on top of the mixture, melting into the dish and adding an extra element of oozy goodness to it. Once the cheese has melted and become golden brown, the dish is ready to be served.

Yokohama isn’t just famous for being the origin of many staple Japanese foods, there are also several noteworthy cocktails that were birthed in this seaside city!

Among them is the classic sherry-based cocktail, Bamboo, that was invented by the German bartender, Louis Eppinger at the Grand Hotel in Yokohama. Eppinger took a previous cocktail, the Adonis, and transformed it when he exchanged sweet vermouth for dry, creating the first Japanese cocktail.

The drink was featured as a house specialty and was noted for being easy to drink but full of flavor, combining sherry with the aromatics of dry vermouth to create a refreshing drink for all to enjoy.

Eppinger wasn’t just a one-hit wonder though; he is also credited for the creation of the famous cocktail, Million Dollar, during the 1800s. There are two stories as to how the cocktail was created, but since we’re talking about Yokohama foods, we’re going to talk about the Yokohama story.

Another cocktail that features vermouth (albeit sweet vermouth), Million Dollar uses pineapple to create an explosive addition to an already mouth-watering combination of gin, sweet vermouth, grenadine, and egg whites. The cocktail remains a favorite among Japanese bartenders today.

Kirin Beer and Other Brews

If cocktails aren’t to your liking, but you still wish to imbibe, might we suggest the famous Japanese brew, Kirin Beer? In the late 1800s, William Copeland opened the first brewery in Japan and called it the Spring Valley Brewery before it separated and rebranded as the Kirin Brewery Company in the early 1900s.

The beer is a dry, medium-light beer with a beautiful golden color, modest bitterness, and notes of toast, bread, and flowers. Today, Kirin beer remains one of the most popular beer products in Japan, and the Kirin Brewery Company Yokohama Factory is a popular destination for many tourists wishing to sample some of the company’s products.

Have you tried any of these Yokohama foods or drinks before? Let us know in the comments below!

You don’t have to go to Yokohama to try some of their specialties. Let Sakuraco send you plenty of delicious and authentic Japanese sweets, snacks, teas, and homeware from local Japanese makers in areas like Yokohama, Kyoto, and more, right to your door!