Handmade Japanese Candy Is Art You Can Eat 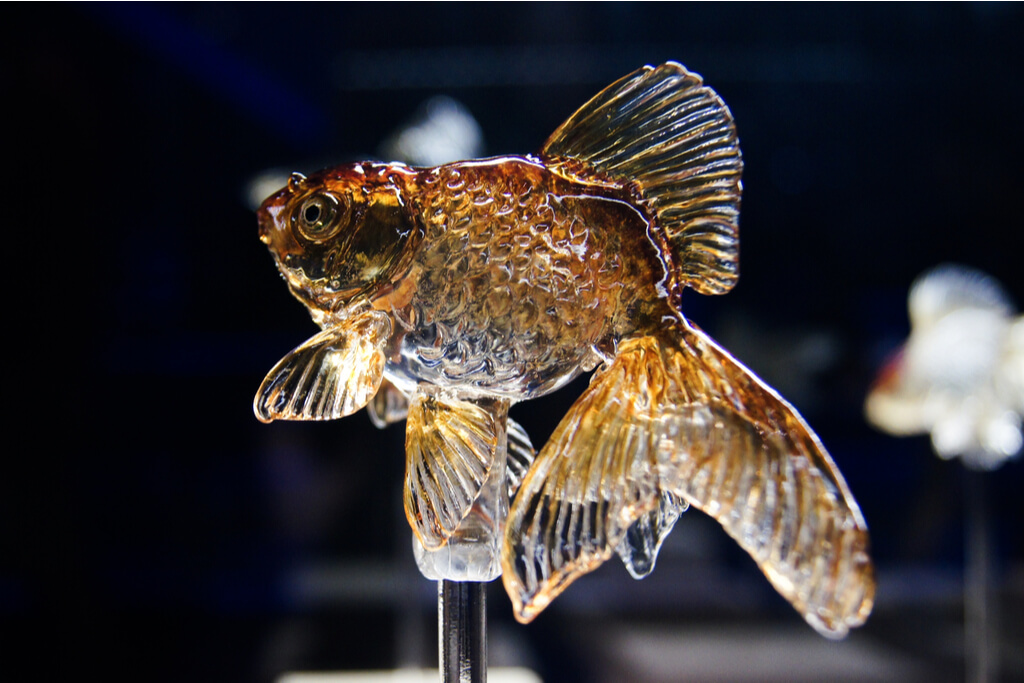 You might already be familiar with wagashi, Japanese traditional sweets, like dango, daifuku, and dorayaki. However, Japan also has many types of handcrafted candies.

These candies are as beautiful as they are delicious, with care placed into every step of their creation. Each of these candies also has a centuries-old history. This is our selection of the 11 best traditional Japanese candies for you to try.

Amezaiku are incredibly detailed sugar sculptures that are often (almost) too pretty to eat. The candy sculpting craft began during the 8th century. The handmade Japanese candy is created by pulling and twisting melted sugar. The craftsman must work quickly to finish his sculpture before the sugar hardens. In the Edo era, watching an amezaiku artisan sculpt candy was popular street entertainment. Today you can still find skilled artisans in areas like Asakusa in Tokyo carrying on the tradition.

Yokan are made of bean paste, thickened with agar to become a jelly. Either red bean paste or white bean (shiro-an) paste can be used. Sometimes chestnuts are embedded into the red bean paste, or matcha is used to flavor the jellies.

These tiny candy stars were first brought to Japan in the 16th century by the Portuguese. The word konpeito originates from the Portugese word confeito. After Japan began producing these sweets as well, by the Meiji era konpeito became one of the most ubiquitous Japanese candies.

In fact, the Imperial family still gives a box of konpeito candy as the official welcome gift for visitors even today. Clearly, this Japanese star candy has graduated from a common snack to an iconic part of Japanese culture.

If you want to try other traditional Japanese snacks and sweets, discover Sakuraco. Each box includes carefully crafted candies and sweets like these from all over Japan.

Arare is the Japanese word for the “snow pellets”, hail-like ice balls that fall during winter storms in Japan. They are a kind of round rice cracker. Some types of arare are sweet, whil others are salty (some are even flavored with nori seaweed). Pastel-colored arare are typically eaten during the Doll Festival, or Hinamatsuri, on March 3.

The candies are rolled by hand into very long cylinders, which are then sliced lengthwise.  After slicing the roll, a complex design, writing, or even pictures appear on the candy’s surface. Each batch only makes about 3,500 candies.

These candies are also called Kintaro ame as, during the Meiji era, a design featuring the Japanese folk hero Kintaro became very popular. Kintaro ame are still given to children during Children’s Day on May 5th.

Kohakutou recently went viral for its gem-like appearance. The candies look like sparkling crystals, but don’t let their appearance fool you: the interior is actually soft, with a jelly-like texture. They are easy to make at home, so why not give it a try?

Anzu Ame is a popular sweet served at Japanese festivals. Anzu means apricot in Japanese, as the candy is made of apricots and is served in a clear, sticky sweet toffee, on an edible ice cream cone-like dish. Despite the candy’s name, other fruit can be used including pickled plums, pineapples, grapes, and mandarin oranges.

You might have heard of natto, the sticky fermented soybeans. Ama natto translates to sweet natto, but the name is all these two snacks have in common. Ama natto are beans, usually, adzuki beans, boiled in sugar syrup, then coated in sugar granules and dried. The original amanatto was invented by Yasubei Hosoda in the 1860s. You can still visit his shop today in Shibuya.

Higashi are pressed, dry sweets made only of high-quality soybean or rice flour and sugar. They are usually pastel in color, and come in a variety of intricate handmade designs such as flowers, fruit, and animals. Like many other handmade Japanese candy, these treats are consdiered to be an art as much as they are a food. They are often eaten with a bowl of matcha, as the soft sweetness offsets the bitterness of the tea.

Urio is a local specialty from the city of Nagoya. The steamed rice cakes’ have a chewy texture as they are made of the same glutinous rice flour as mochi. The cakes come in a variety of flavors from yuzu to strawberry to matcha and more.

Yatsuhashi are thin sheets with a mochi-like texture. The sweets are made of rice flour, like mochi, but with added sugar and cinnamon. You can eat them raw or baked. When baked they harden into a sweet cracker.

Raw yatsuhashi are rolled thin, then cut into squares, and folded to make triangles, enclosing red-bean paste. Yatsuhashi are one of the most popular souvenirs from Kyoto. So popular, in fact, that there are even Japanese KitKats flavored like yatsuhashi.