7 Things You Need to Know About Climbing Mt. Fuji 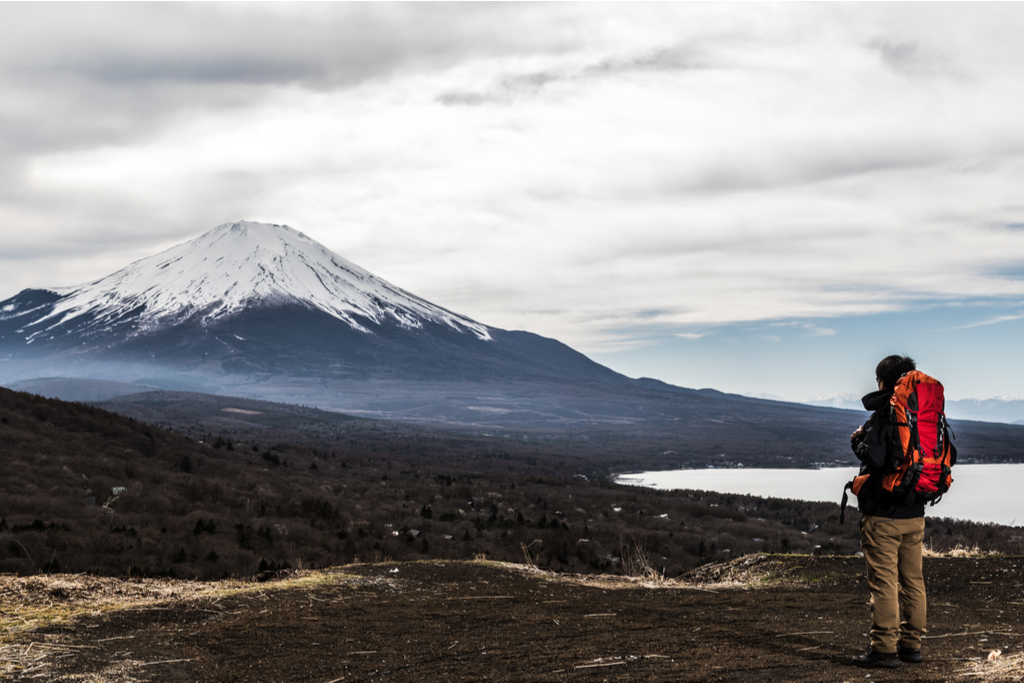 Every year, over 200,000 people hike all the way up Japan’s tallest mountain, doing their own version of a pilgrimage that is thousands of years old. While the mountain was once feared and revered from a distance, now Mount Fuji is a popular destination for both novice and experienced climbers.

Although the mountain is not considered an extremely challenging climb, it is still a test of endurance with the journey taking anywhere from 4 to 12 hours, not including the descent. The 3,776.24 meter (12,389.2 ft) hike is not for the faint of heart and preparation goes a long way to making the feat as enjoyable as possible. For those interested in conquering this sacred volcano, here are 7 things that you should know.

1. Most People Start Halfway Up

Although there are some passionate climbers who start at the base of the mountain, most people begin the trek at the Fuji-Subaru Line 5th station. Located at 2,400 meters (7,874ft), it offers the shortest route to the summit. Starting from this altitude shortens the hike by about 5 hours, making it much more manageable and accessible.

2. The Climbing Season is Short

For most of the year, Mount Fuji has a snow-capped peak, which commonly features in images or souvenirs from the region. However, as beautiful as this makes the mountain appear, it makes climbing to the summit extremely dangerous. Which is why the mountain is closed to everyone except climbers with special permission.

The general climbing season is actually quite short at just two months from the beginning of July to the beginning of September. Of course, whenever there is bad weather, such as a typhoon, the mountain is closed for safety reasons. The terrain is mostly rock and gravel, and too much rainfall makes it very easy to lose one’s footing.

3. Book Your Stay Ahead of Time

Japan has a large population that is mostly centered in the large cities of Tokyo, Osaka, and Kyoto, all of which are a few hours’ journey away from Mount Fuji. That combined with the short climbing season means there is competition to book a night at the huts located on the mountain. It’s not unusual to plan your climb months in advance in order to secure a spot, so don’t wait too long if you want to be able to rest comfortably before enjoying the sunrise.

Although summer in Japan is incredibly hot and humid, the summit of the mountain is a completely different story. It averages between 9.3°C (48.7°F) and 3.6°C (38.5°F) in July and August so it’s essential to dress in quick-dry layers that you can add on as the temperature drops.

Along with the cooling temperatures is the drop in humidity as you reach higher and higher altitudes. This, combined with the arduous activity of climbing a mountain means you need to be continually drinking fluids. It may seem like a lot, but you can easily get through 2-3 liters along the way. And although you can purchase drinks at some of the stations, the prices are easily 3 to 4 times what you would normally pay in a shop or supermarket.

5. Some People Get Altitude Sickness

Similar to car sickness, or sea sickness, altitude sickness unfortunately depends on the person. Some people feel no impact at all from the change in altitude, while others feel nauseous, light headed, and fatigued. To help with the symptoms, you can bring canisters of oxygen with you that help to alleviate the symptoms.

6. There’s a Shrine and Post Office at the Top

After all the hard work of reaching the top and enjoying a spectacular view, there are a few more sites to see at the summit. Given the mountain’s spiritual ties to Shintoism, a shrine was constructed at the top to pay homage to nature and the spirit of the mountain.

There is also an operational post office where you can buy postcards to send around the world with a special stamp stating they were posted at the summit of Mt. Fuji. The perfect souvenir to send a fellow nature or climbing enthusiast.

7. Going Down Is Also Challenging

Finally, although it may seem like the hard work is done, for many climbers, the descent is actually the most challenging part. As mentioned previously, Mt. Fuji is a volcano and the paths are mostly rock and gravel. This makes accidentally sliding or falling a real concern in steep areas. Although it may be tempting to hurry along down, take your time and be careful.

As with any climb, the most important thing to remember is that safety is the main concern. While Mt. Fuji is a very popular mountain to climb, there are always risks involved and it is best to mitigate them to the best of your ability with good preparation and common sense.

If you had the chance, would you climb Mt. Fuji?