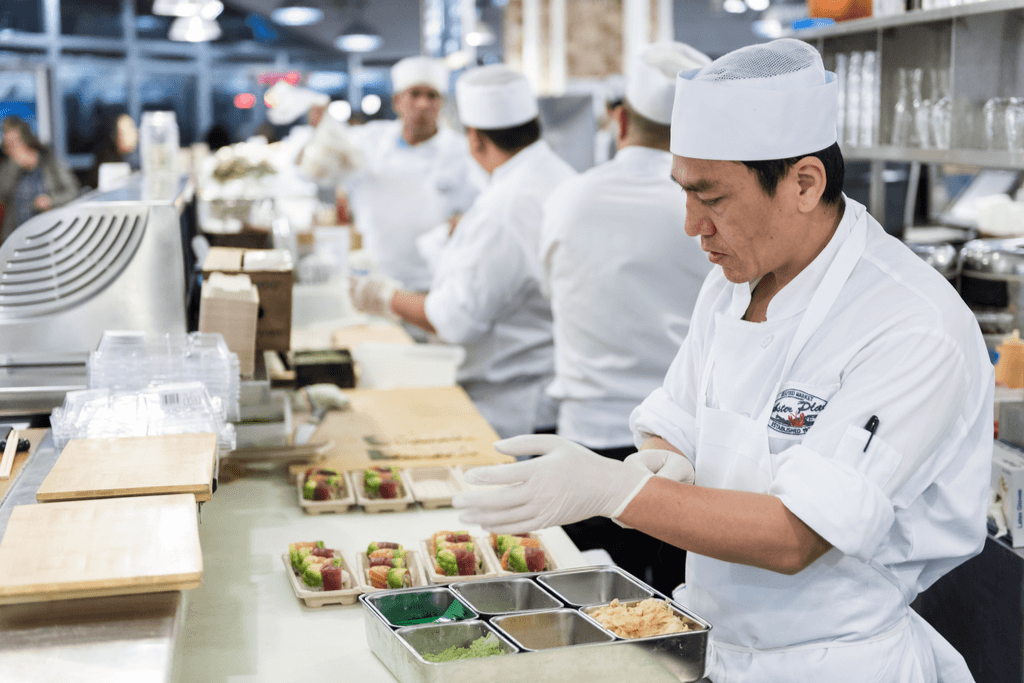 Food is a central pillar of Japanese culture, and it’s even recognized by UNESCO within its Intangible Cultural Heritage list.

Today, you’ll be sure to find Japanese culinary delights in any global city you visit. It seems the rest of the world is embracing our cuisine with open arms too – from mastering the classics like sushi, ramen, and yakitori to serving modern fusion dishes, offering inspiring new takes using local traditions and ingredients.

But which of the world’s cities have the best Japanese restaurants outside of Japan? We at Sakuraco have the answer.

To find out, we ranked 63 cities around the world based on several metrics relating to their Japanese restaurants like average review score, restaurant density, fine dining restaurants, affordable outlets, and Michelin-recommended venues. We then compiled these data points and produced standardized scores out of ten to rank the best overall.

Which city do you think will top the ranking? Read on to find out the top twenty cities overall as well as which cities performed the best on individual data points like affordability and top-class eats. If you’d like to see the full rankings for each data point, click here.

Let’s begin with the overall scores.

The best city outside of Japan for Japanese food is awarded to New York, with a total score of 25.7 out of 50 across our five metrics.

While the city didn’t score too highly for its restaurant density or its proportions of affordable and fine dining restaurants, it more than made up for this with the average review scores of its Japanese restaurants as well as its number of Michelin-recommended restaurants per capita (where it was higher than all analyzed cities aside from Thailand’s Samut Prakan).

New York City is home to the largest Japanese community on the East Coast of America, and its Japanese restaurant scene is continuously expanding and ever evolving. From the Michelin star ramen bar, Mr. Taka, to the small basement bar in East Village, Decibel which boasts a huge Japanese sake (rice wine) selection with complementary authentic snacks, NYC is a Japanese food-lover’s paradise.

TripAdvisor shows there are over 650 Japanese restaurants in NYC within just over 300 square miles, scoring an impressive 9 out of 10 for their average diner review and proportion of Michelin recommended restaurants. There’s also a near equal balance between the number of fine dining and cheap eat options, with restaurants to suit any budget.

Hamburg, Germany comes in second place. The city’s 94 Japanese restaurants have an overall average review score of 9.4 out of 10, showing diners highly rate their service, price and quality of food.

From the modern Zipang restaurant with its picture-perfect traditional dishes to the affordable but must-visit Sushi Lo, Hamburg is high on the list for Japanese food enthusiasts.

Third place, meanwhile, goes to Samut Prakan, Thailand. It tops the table for its number of Michelin-recommended Japanese eateries out of the global cities studied, scoring a perfect 10 out of 10. The city also scores above average for its wide variety of choice, with a good number of affordable options versus fine dining eateries.

Other standout cities in the top ten include the USA’s Los Angeles and Chicago in 6th and 9th as well as Italy’s Milan and Rome in 4th and 10th.

Now let’s take a look at the top ten rankings for some of the individual metrics, beginning with the average review score of each city’s restaurants.

What is the Average Review Score of Each City’s Japanese Restaurants?

The city with the best reviewed Japanese restaurants according to Google is São Paulo, with an average score of over 4.5/5. This is no surprise considering Brazil’s position as the country with the largest Japanese population outside of Japan (many of whom emigrated in the 20th century and prospered in the state of São Paulo) – the country’s strong Japanese sub-culture is clearly well-established.

Indonesia’s Jakarta finishes close behind in 2nd place, with an average score a fraction lower than São Paulo. Of the rest of the top ten, both the USA and Mexico stood out with Chicago and Los Angeles in 3rd and 7th, and Mexico City and Guadalajara in 8th and 10th.

Moving on, let’s find out which cities have the highest proportions of more affordable Japanese restaurants.

This data point is based on each city’s proportion of “cheap eats” Japanese outlets, as monitored by Tripadvisor.

Davao City in the Philippines has the highest proportion of affordable restaurants according to TripAdvisor. Other countries that stand out include Colombia with Medellín in 2nd and Cali in 4th, Italy with Rome in 3rd and Milan in 5th, and Vietnam with Ho Chi Minh City in 6th and Hanoi in 10th.

Finally, let’s take a look at which cities have the most Michelin-recommended Japanese restaurants per capita.

Which Cities Have the Most Michelin Guide Japanese Restaurants per Capita?

As already discussed, the city with the most Michelin-recommended Japanese restaurants outside of Japan was Samut Prakan, with over 5 restaurants for every million people.

The rest of the top ten was a little less varied than many of the other data points in this study. The USA dominates the ranking table with three of its cities making appearances – New York in 2nd, Los Angeles in 3rd and Chicago in 6th. Two other countries also stood out: Germany’s Hamburg (4th) and Munich (10th), and Spain’s Valencia (7th) and Madrid (9th).

If you’d like to see the full rankings of each data point, you can do so here.

To create the final list of global cities to analyze, Sakuraco took the thirty most heavily populated countries in the world and noted each one’s three most populous cities. Any cities with missing data points were removed to ensure the accuracy of the results.

Once we had the data for each factor, we standardized their respective results using the following minmax normalization formula:

This provided every city with a score between 0 and 10 for each data point. These numbers were then added together to give us the final ranking.

Need something to tie you over in between Japanese restaurant visits? Why not try Sakuraco? Sakuraco sends traditional Japanese snacks, sweets, teas, tableware, and more, from local Japanese makers right to your door!