Winter Festivals in Japan You Should Experience! 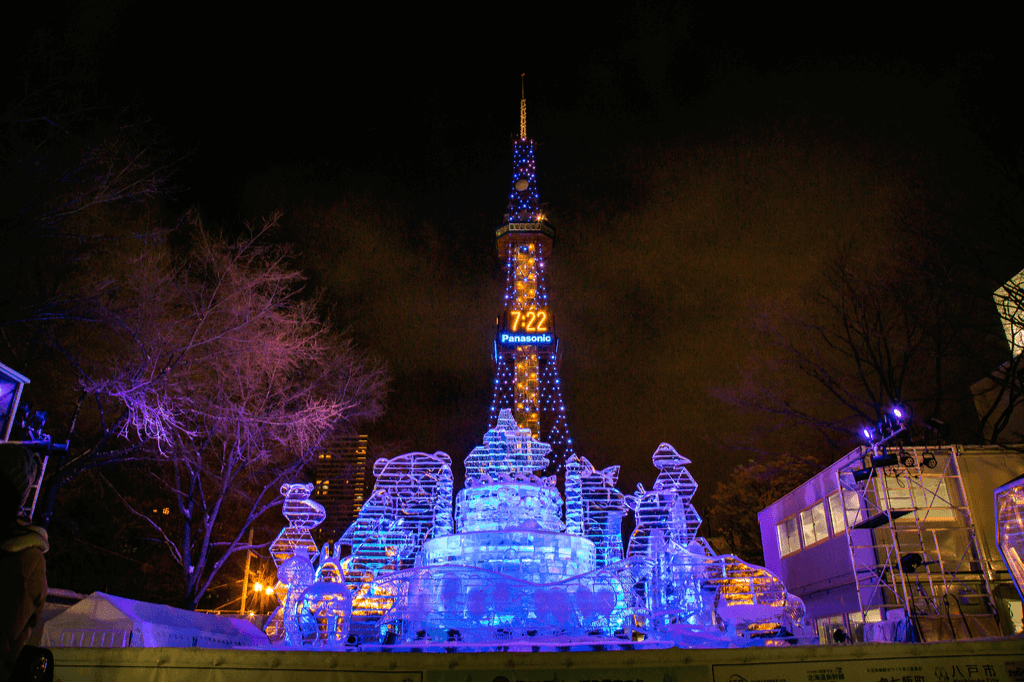 The Sapporo Snow Festival in Hokkaido is one of the most well-known winter festivals on this list. It’s an annual one-week event that happens throughout the city. It began when several high school students constructed a few snow statues in Odori Park in 1950.

Since then, it has grown into a significant event, boasting impressive snow and ice creations. It draws more than two million tourists from Japan and other countries. The first snow festival began in 1955 via the Japan Self-Defense Forces from the neighboring Makomanai base. The Self-Defense Force continues to transport snow from beyond Sapporo in years where the total amount of snowfall is minimal.

Until 2005, when the sculptures were transferred off the base and Sapporo’s Higashi Ward, the Self-Defense Forces donated their Makomanai Base. They use it to display enormous sculptures, focusing on providing a play area for children.

Although recent restrictions caused the event’s cancellation, the festival remains world-famous for its creative snow sculptures. Plus, it’s family-friendly, and still held virtually from time to time!

Your eyes aren’t deceiving you. Not Burning Man, but Naked Man. In Winter. Think about that.

According to ancient legend, this festival celebrates the harvest god Yamasaschihiko’s return from the Dragon Palace. Due to his abrupt return, the villagers who had not had time to put on clothing hastened to meet in the half-naked state.

Today, Aoshima Shrine Hadaka Mairi is a traditional purifying celebration where men, boys, and even women dive into the ocean. The men wear loincloths, while the women wear robes and tabi socks on Coming-of-Age Day. Around this time, the air temperature at Aoshima is about 6°C (42°F).

A taiko drumming ceremony kicks off the celebration as the lightly-clothes bathers prepare to plunge into the sea near Aoshima Shrine. The brave individuals stretch and prepare before diving into the ocean for a cleansing plunge.

Due to the temperature difference between the water and the air, participants’ bodies begin to steam as they exit the pool following their dive, signifying their purification. Afterward, they head to the onsen to relax, which is perfect for the wintertime!

Along with the Kyoto Gion Festival and the Hida Takayama Festival, the Chichibu Night Festival, or Chichibu Yomatsuri. It is currently regarded as one of the three most well-liked float festivals in Japan. It started over 300 years ago. Today, the festival has six floats, two of which are “Kasaboko,” Japanese for flower parasol.

The festival’s name comes from the area it takes place. Between December 2nd and 3rd, people pull beautiful floats that house kabuki performances around Chichibu. Numerous people come to see the fireworks that light up the night sky.

The event first appeared around the middle of the Edo era, when the silk market began to grow inside the temple grounds. The festival’s allure is the vivid colors of the paper-covered lanterns known as bonbori. They sway atop the floats against a winter sky filled with fireworks.

The festival’s fireworks show, which lasts for about two and a half hours and provides a rare chance to see Japanese pyrotechnics in the winter, is another draw that brings people to the festival. Vendors along the streets offer festival fare and amazake (sweet rice wine) to help festivalgoers fight the chilly December night.

I gave you the Naked Man Festival, but how about the Fire Festival? Also known as the Nozawa Onsen Dosojin Matsuri, this festival occurs annually on the 15th of January and is one of Japan’s three major fire festivals. This festival celebrates the birth of a family’s first child, prays for their excellent health, and prays for a good harvest.

The celebration is a humorous reenactment in which the village’s 42- and 25-year-old men defend a temporary shrine 7 meters high against an attack of other villagers carrying torches on fire. A ritual to enshrine a dosojin—a god of roads and borders said to protect travelers—follows the cutting down of trees in October, when over 100 villagers get together to build the shaden, a temporary shrine.

While the 25-year-olds defend the bottom portion of the building, the 42-year-olds protect the upper portion, singing and chanting. According to Japanese folklore, these ages represent “unlucky” ages. At 8:30 p.m., the “attack” starts, and it may continue for three hours until they destroy the shrine.

These are just some of the many winter festivals you can experience in Japan!

How about you? What winter festivals have you experienced in Japan? Tell us in the comments below!