What is a Kitsune? Japan’s Shape-Shifting Trickster 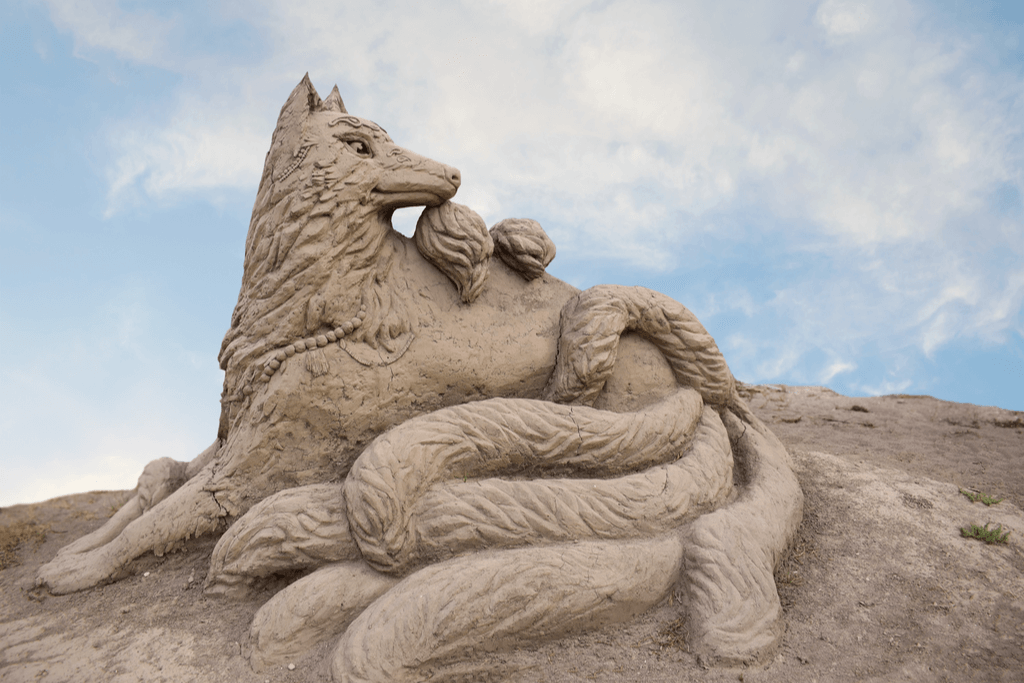 When we think of Japanese yokai (spirits), we usually think of the creepy Japanese ghosts that have become very popular abroad. However, the Japanese kitsune (fox) has been a staple of Japanese mythology for a very long time, continuing to make appearances in Japanese media even now. They have a reputation as a trickster, but there’s much more to it than that.

Let’s take a look at Japanese mythology and explore the iconic kitsune.

What is a Kitsune?

Well, kitsune literally translates to ‘fox’. Actually, in ancient Japan, foxes often lived rather closely to humans. This led to plenty of Japanese folktales about the kitsune, almost entirely positive.

That being said, the fox of Japanese folklore is only slightly different from a normal fox. Their appearance is initially the same at birth, but as a mythical kitsune grows in power, its appearance changes too.

Kitsune, according to Japanese mythology, have paranormal abilities that also affect how they look. As a fox gets older, they get both stronger and wiser. Also, as they become more powerful, they gain more tails, with nine being the highest number. In other words, if a person saw a mythical fox, the more tails they had, the older, wiser, and more powerful the fox was.

Many stories even say that foxes only grow those extra tails after 100 years of being alive, gaining a new one every year. The nine-tailed fox is supposedly so powerful that they can see and hear anything happening anywhere in the world. They also have an infinite amount of wisdom. Even better, if they live 1000 years, they will turn white or gold in color and become a tenko, a heavenly fox who ascends to heaven.

Looking for snacks as magical as a kitsune? Check out Sakuraco! Sakuraco sends the traditional Japanese snacks, teas, ceramics, and more right to your door all the way from local makers across Japan!

Although foxes are known as tricksters, with many stories showcasing mischievous or malicious intent, this was not their only place in Japanese mythology. In fact, based on the type , kitsune are also portrayed as faithful, kind guardians.

In the Shinto religion, these animals are associated with Inari, the Shinto kami (god or spirit) of rice, as their messengers. Plus, because of their power and supernatural affiliation, some people even made sacrifices to them as a deity of sorts. In Japanese folklore, the white or gold foxes are the messengers of Inari and considered a good omen.

Not only did they protect Inari shrines by warding off evil, but they also helped the local people. Locals would request the help of these kitsune in both curing possessions and defending them from the more malicious fox spirits.

Actually, their portrayal in Japanese folklore as tricksters actually started much later in history. Stories from China about fox spirits brought the idea of foxes as mischievous, with this portrayal becoming part of Japanese folktales as well. Also, during the Edo period (1603-1867), foxes became known as witch animals, animals that couldn’t be trusted.

This led to there being two main types of kitsune appearing in folklore. Zenko are the good foxes who are kind and act as messengers. Meanwhile, yako are field foxes who are the trickster type. However, these are not the only types, with local folklores featuring new types of foxes in folklore.

Although infinite wisdom, a ticket to heaven, and amazing sight and hearing are great, that is not the only thing they were able to do.

According to many folktales, a kitsune learns how to shapeshift into human form at the age of 50 or 100 years old. However, this task often requires preparation, like gathering reeds, a leaf, and a skull to perform the transformation.

The Chinese version introduced the idea of kitsune transforming into beautiful women to seduce young men. However, in Japanese stories, these foxes were often known as devoted wives who only left after being discovered or remembering their lives as foxes. Plus, children from these relationships would often have supernatural or physical abilities.

There were also stories of young, attractive women who walked alone at night being kitsune. One possible reason for this is that the “fox face” was very attractive. The fox face was characterized by a narrow face, close-set eyes, thin eyebrows, and high cheekbones. So foxes were said to often keep their own features when turning into a young woman.

This ability was a bit more mischievous in how they used it. Trickster foxes could possess someone, usually only those who wronged them, and cause them to act strangely. They may walk through town naked, put them in compromising positions, or say and do some very strange things in the town square.

They may even eat massive amounts of the kitsune’s favorite foods, like Japanese tofu dishes, especially fried tofu, and Japanese red bean rice. The only way to remove the demon was at an Inari Shrine, usually with the help of the good foxes. However, after the fox spirit leaves, the person will never want to eat tofu or red bean rice ever again.

It was such a big part of mythology that people considered it a disease in the Heian period (794-1185).

Although the kitsune is a powerful being in Japanese mythology, the trickster foxes also have a few weaknesses. First, they have trouble hiding their tails, so a careless fox or one drunk on Japanese sake may accidentally show it and expose their identity.

They’re also afraid of and hate dogs, often changing back and running away from them. Also, a very religious person may be able to see the kitsune’s true nature just by looking at them.

Most importantly, a kitsune must always keep their hoshi no tama (star ball) with them at all times. Hoshi no tama is a glowing ball that acts as the container for their souls. Without it, they lose their strength and will pass away.

As a human, they may wear it as an amulet. As a fox, they carry it in their mouth or on their tails.

Did you learn anything new about these creatures? Do you think you’ve ever been tricked by a fox? Let us know in the comments.