What is a Geisha? The Traditional Japanese Performers Demystified 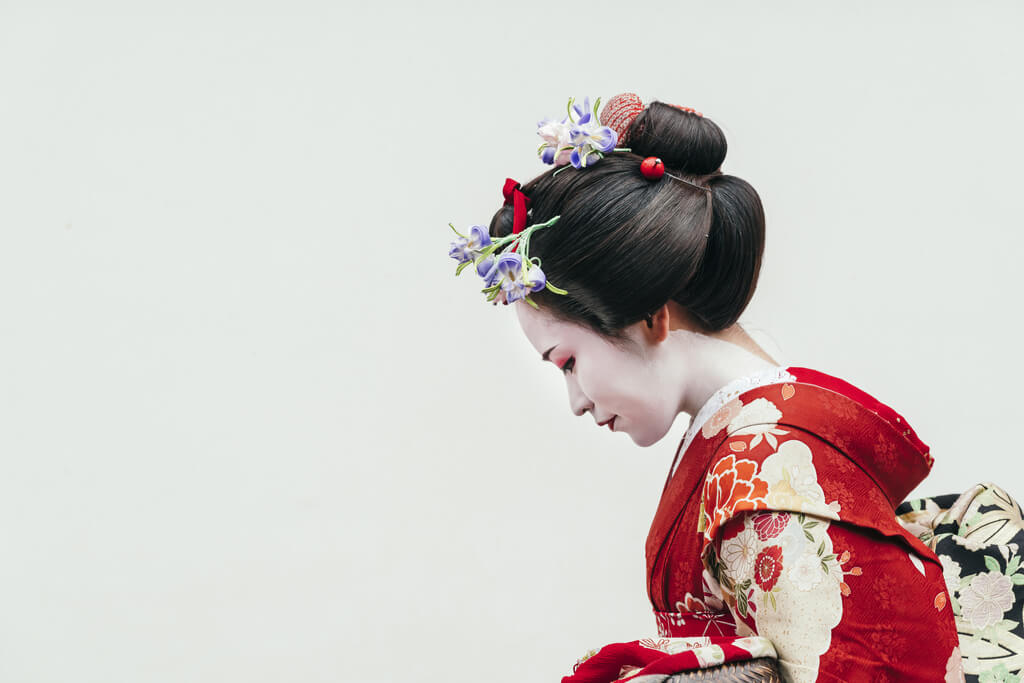 When people think of traditional Japan, many think of samurai and geisha. A lot of this is thanks, in part, to films like The Last Samurai and Memoirs of a Geisha. However, these movies took a few creative liberties in their portrayal of these two jobs. They have a long, interesting history in Japan and are a rich part of the culture.

But what is a geisha? What do they do? What is that history? Today, let’s take a deep dive into these traditional Japanese performers.

What is a geisha?

To explain what a geisha is, let’s look at the word itself. The word ‘geisha’, written 芸者, is the combination of two kanji. ‘Gei (芸)’ can mean ‘entertainment’, or some art or skill. ‘Sha (者)’ generally means person.

In other words, they are female artists highly trained in traditional Japanese arts.

Geisha in Kyoto are also known as geiko, or children of art. Thanks to Kyoto being the old capital of Japan, it is currently the geisha capital of Japan as well. It is also one of the places where many women train as apprentice geisha known as maiko.

These performers often participate in events like parties, banquets, or even public performances where they entertain guests and viewers with skills that they are thoroughly trained in. Many are taught dancing, shamisen (a traditional Japanese string instrument), drumming, Japanese tea ceremony, and conversation. Upon further training, they can specialize in skills like koto (a large Japanese string instrument), singing, or other arts like calligraphy and flower arrangement.

When not attending events, they can be found at okiya (geisha houses), where they often reside from the start of their training until they pay off their debts for their studies (if there are any). They can also be found in tea houses or traditional Japanese restaurants, known as ryotei.

Want to experience traditional Japan in your own home? Sakuraco sends local, authentic Japanese snacks and more right to your door perfect for tea time.

The Three Levels of Geisha

As mentioned earlier, they have three different levels. Before becoming a fully-realized geisha, the stages are shikomi (preparation or training), minarai (learning by observation), and maiko.

Shikomi is the first and lowest stage. In Kyoto, women can start from the young age of 15 or 16 after graduating middle school, but in Tokyo, they can only join after turning 17-18, usually after graduating high school. Their duties start from general housekeeping for the okiya, but they are very quickly taught the geisha arts. They complete this stage after a final exam in dance, usually after one year.

Next is minarai. While donning a slight variation of full-fledged geisha wear, they accompany an older maiko or real geisha as an apprentice. As their ‘older sister’ geisha attends events, they sit quietly and observe, taking in any information that may be useful, like games to play with their guests or serving tea. After about a month, however, it is now time to participate.

At this point, they become a maiko. The maiko follow the same mentor as before and also participates in appointments and events. They can also start doing things on their own, but must continue training in the arts.

All of this is done to advance their skills in areas like conversation, performing, and formal arts. This part can last for years before they’re finally official geisha.

Around the observation stage, they start to wear the traditional clothing for the job, but in different variations. However, the standard attire is the kimono (a traditional Japanese garment), their hair done in one of two traditional styles, and their unique white, black, and red makeup. Some say the white makeup look was created for their face to stand out in the candlelight of old times.

History of the Geisha

Geisha have a long, interesting history that starts far back around 600 A.D. However, the first ones really started to appear in the 1700s in the Edo period. Unlike today, they were actually men. After travel and pilgrimages were allowed for normal citizens by the government, travelers to Kyoto and Osaka were often entertained at establishments by men who told lewd jokes and sang songs.

However, these male geisha had assistants. The serving girls of these establishments began helping these men by singing and dancing for customers. These dancing girls were often more popular than the men because most of their customers were men themselves. Those who were educated and could play instruments became even more popular.

Eventually, by about 1800, the geisha profession became a job in and of itself and was almost entirely female, later becoming completely female with some young girls starting from as early as five years old. They became more powerful in both status and money. They also became fashion and style icons of traditional Japanese beauty with their signature looks that many women tried to emulate.

Unfortunately, at the start of World War II, many of them had to give up their jobs and took on jobs in factories or other industries through their customer connections. Things became especially hard when geisha districts, or hanamachi (flower towns), were closed in 1944. Their reputation also took a hit when some prostitutes started calling themselves, “geisha girls.”

However, after the war, teahouses, bars and geisha houses opened again, and the number of industry workers quickly increased as the job was considered legitimate again. Plus, with new education laws, their starting age became what it is today.

Both despite and due to westernization after WWII, they became icons of traditional Japanese arts and culture.

Where Can We See Geisha Today?

Geisha are performers, so they must have places where they perform. In Japan, geisha can often be found in flower towns. These towns are often in the larger cities, onsen towns like Atami, or cities with historical districts like Kanazawa.

Tokyo has six flower towns, including Asakusa, Akasaka, and Shimbashi. Although one district in Tokyo is credited with the first official female geisha, that culture declined a bit. Although it’s had a revival, it doesn’t compare to Kyoto.

As the old capital of Japan, Kyoto has five flower towns, known as the gokagai (the five flower towns), although it had a sixth one until fairly recently. It’s most popular town is Gion Kobu. These geisha towns are quite prestigious and usually frequented by powerful politicians and businessmen.

So how does a regular Japanese resident or average tourist experience a geisha performance?

One option is to book one through a travel agency or hotel, specifically a traditional Japanese hotel.

However, one dinner with them can cost around 50,000 yen (about 500 USD) per performer. That doesn’t even include the cost of the meal or an interpreter (if you don’t speak Japanese). However, there are more foreigner-friendly services that allow people to experience a geisha tea ceremony at teahouses, sometimes even in English.

A much less expensive option is to go and watch the daily performances at Gion Center, a theater catered to foreign tourists interested in Japanese arts. Gion, Kyoto’s most famous geisha district, holds an event for geiko and maiko dances called Miyako Odori. There, you can see several hour-long performances.

If you’d like to try and catch a glimpse of a geisha, you can also walk around the Gion or Pontocho geisha districts in the evenings. This area is known to have geisha often walking on their way to events or training. That said, please do not take photos of the geisha without permission! It has become an issue that the local government of  Kyoto is addressing seriously, as geishas are often overwhelmed by tourists trying to take photos without consideration for others around them, or worse, the geisha themselves.

There are now also services that allow online meetings with a geisha that you can enjoy with up to 10 friends. These online sessions last for about  45 minutes.

Geisha are truly an important part of Japanese culture, with their skills in Japanese arts and traditional garb. Even as times change, they are finding ways to share their skill with the world. If you ever explore Japan, these performers are a must-see.