The Ultimate Guide to Historical Kamakura 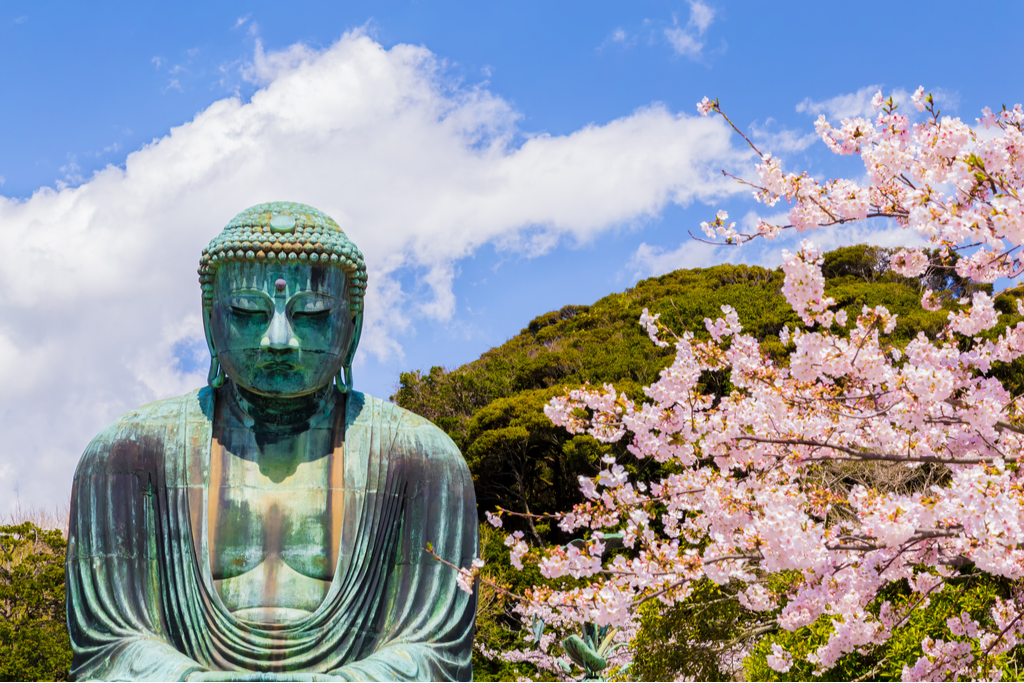 Almost anyone with an interest in Japan knows all about Tokyo, the current capital of the island nation. Many also know that Kyoto was once the capital as well. However, before Kyoto, there was Kamakura. Kamakura was once the most populated city in Japan, but now serves as a popular tourist destination for people to enjoy a taste of traditional Japan.

Thanks to its history, this coastal city is home to plenty of historical sites preserved by the local and national government. In fact, it is often referred to as the “Kyoto of Eastern Japan”, thanks to its large concentration of traditional sites and culture. Today, let’s take a look at some of the best places to visit to get a feel for historical Kamakura.

A Brief History of Kamakura

Between 1185 and 1333, Kamakura was where the Kamakura Shogunate ruled, and for 100 years, it was the most populated city in Japan. In fact, this era is now known as the Kamakura period. Before the Kamakura period, a man named Minamoto no Yoritomo (who is now believed to be the famous Ashikaga Tadayoshi) took power from the Taira clan, and eventually established a military government there.

Kamakura’s status as the capital changed due to fighting which led members of the Ashikaga shogunate to leave for Kyoto. Although they planned to return to Kanagawa prefecture, they just ended up staying in Kyoto. However, many of the structures in the former capital remained and are now enjoyed by tourists every day.

Let’s take a look at some of these historical sites.

The Great Buddha of Kamakura was once the second largest Great Buddha statue in Japan, second only to the one in Nara. It still stands today at 11.4 meters high and is made of bronze, though it was originally covered in gold leaf.

This Great Buddha was actually created in 1252, making it almost 800 years old. It was originally housed inside of a temple like most other Great Buddha statues, but was moved after the temple buildings collapsed due to natural disasters. It still sits to this day on the grounds of Kotokuin Temple, and is a great place to visit in Kanagawa in winter.

This one is a bit unique. Inamuragasaki just looks like an ordinary beach. Many people go there to get some peace and quiet during the summer months when other beaches are full of people. However, this cape is actually an important historical landmark for Kamakura.

Due to the geography and steep mountains of the area, Inamuragasaki used to be the main entry point for people coming into Kamakura. Impassable by land, it was a natural defense for the old capital. It pops up in a handful of historical records because of how much it interfered with military invasions.

However, what makes this place important to Japanese history is how it led to Kamakura’s downfall. Nitta Yoshisada, an invading leader, took advantage of a low tide, entered Kamakura with his troops, and actually captured the city. This important event has led to it being marked as a historical site by the Japanese government. Nowadays, anyone can enjoy this place for its scenery and historical importance.

Due to the large number of temples and shrines, we will just be giving a short description of some of the most interesting ones. However, there are plenty of amazing religious locations to visit here, so please check out even more of them if you have the chance.

Hokokuji (Hokoku Temple) is also known as the ‘Bamboo Temple’ for its beautiful bamboo garden. It was first established in 1334 and is the family temple of the Ashikaga clan and the Uesugi clan (a clan of feudal lords from the Warring States Period). Some say that the temple even houses the ashes of several Ashikaga family members.

It is also the origin of several cultural properties, such as the teachings and wooden seals of founder Tengan Eko, rare works of art from both Japan and overseas, and memorials for those who passed away in the 1333 battle of Kamakura, where the Kamakura Period ended.

This temple is not to be confused with the one in Nara (which bears the same name). It was actually completed in 736, but it really grew during the Kamakura period. It’s also famous for its hydrangeas.

It is often called the Hase-Kannon due to the Kannon statue in the main hall, which is one of the tallest wooden statues in Japan. The statue is one of two built by a monk named Tokudo, with the other being housed in the Nara Hasedera.

Enoshima itself is an island that has plenty of attractions and beautiful beaches. However, it is also home to three shrines that are collectively called Enoshima Shrine. It also has one of the most famous statues of Benzaiten (also known as Benten), Enoshima’s patron goddess and the goddess of wealth. In fact, it is said that Benzaiten created Enoshima by subduing a five-headed dragon.

Komyoji is somewhat of a mystery in terms of its exact origins. However, the temple itself says that it was founded in 1240 by the de facto ruler of Japan, Hojo Tsunetoki. It was originally called Rengeji, but the name was changed after Tsunetoki saw it in a dream. Both its name and location were changed after that.

However, there are other accounts of how it was started. Either way, Komyoji enjoyed both religious and financial support from emperors, shogun (similar to a commander-in-chief), and daimyo (a feudal lord). Thanks to that, it is a beautiful temple with an equally beautiful rock garden. It even has a pet cemetery, so your pets can live a happy afterlife.

This temple was completed in 1253 and was founded by Kankei Doryu, a Chinese Zen master who relocated to Japan only several years prior. This temple is ranked as the most powerful of Kamakura’s Five Great Zen Temples. It’s also the oldest Zen training monastery in Japan. This temple is very large and surrounded by nature, making it a popular site to visit to relax and commune with nature.

On top of its spiritual history, it was also instrumental in the politics of Kamakura, using their wide reach to help in policy making. Also, Kenchoji and the other Great Temples developed their own unique style of literature, called the Japanese Literature of the Five Mountains.

Founded in 1063, Tsurugaoka Hachimangu is one of the most important Shinto shrines of Kamakura. Hachiman is the patron god of both the Minamoto clan and of samurai in general. The Minamoto family, more specifically Minamoto Yoriyoshi, founded the temple, and later Minamoto Yoritomo became the founder and first shogun of the Kamakura government.

It is a massive complex with a secondary shrine, a garden, two ponds, and other buildings. Here, you can see peonies, dance and music performances, and a massive hatsumode (New Year’s prayer) event that attracts two million people a year over the course of a few days.

Meigetsuin Temple is also known as the Hydrangea Temple thanks to the hydrangeas that bloom there in June. It was founded in 1160 and has a beautiful temple ground. On the temple grounds are the main hall, gardens, and a cave that was used as a tomb.

Kamakura is a must-see for Japanese history buffs, on top of having delicious food, amazing scenery, and beautiful beaches. No wonder it is considered one of the best places to visit outside of Tokyo.

Were there any places that caught your eye? Let us know in the comments below!