The story of Hojicha: One of Japan’s Most Popular Drinks 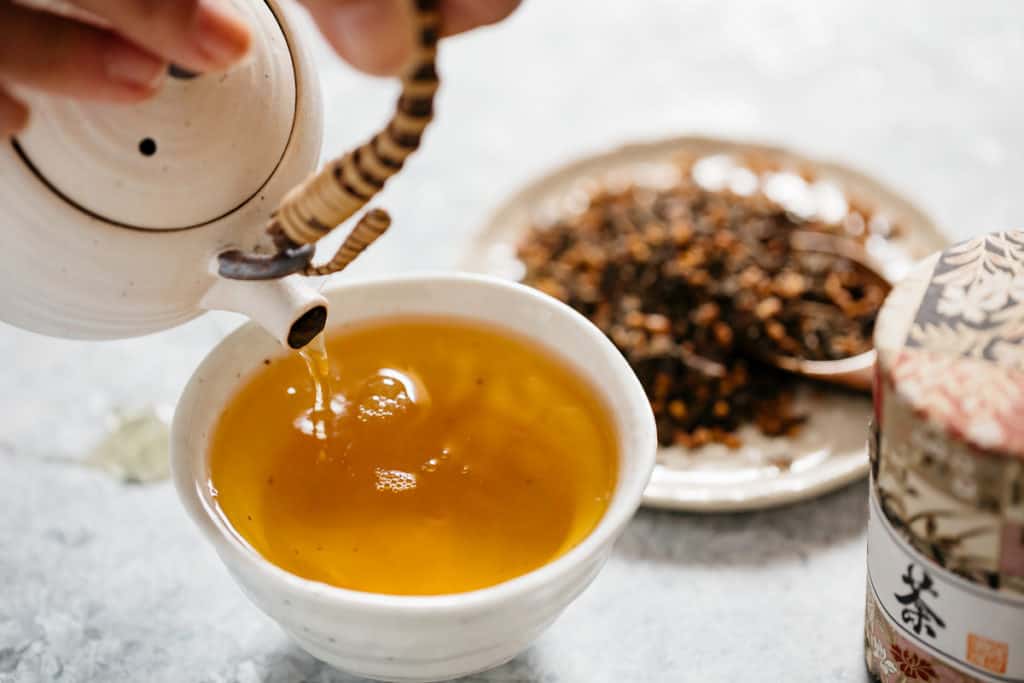 It’s crazy how popular tea is in Japan. You can find all sorts of bottled teas being sold in convenience stores or vending machines across the country, and in some restaurants, they even offer hot tea as a free beverage because many Japanese people like to have tea while they’re enjoying their meals.

Tea is a cultural phenomenon that defies ages and demographics in Japan; both children and the elderly, and all the other ages in between, can be found sipping on this healthy, aromatic beverage.

Because of their immense popularity, there have been many variations of Japanese tea developed over the years. In more recent times, Japanese green teas — in particular, the bright green powdered tea known as matcha — have found renewed popularity that has transcended outside the country’s borders. There is an ongoing craze that has resulted in matcha and matcha flavored products being exported and sold in countries that are on the other side of the world as Japan.

While matcha is incredibly tasty and we have to admit that we are big fans of this popular tea ourselves, it’s worth shedding a spotlight on an often overlooked, but arguably, just as tasty type of green tea known as hojicha tea. This roasted green tea not only has a distinct, deep earthy taste, it also has an interesting history that makes it very special.

So in this article, let’s take a deeper look at the wonderfully aromatic and distinctly earthy Japanese tea that is hojicha.

A Brief History of Japanese Tea

Compared to other green teas, hojicha (written as ほうじ茶 in Japanese) actually has a much more recent history. The first variations of green tea were brought into Japan during the Nara period (710-794) by Buddhist monks who were coming from China. These monks consumed green tea because they believed in the drink’s health benefits and they also believed that it helped them improve their meditation practice.

Tea then gained popularity among the nobility of Japan during the Heian period (794-1185). One emperor in particular, Emperor Saga, who reigned from the early to mid-800s, was the main proponent for the cultivation of tea plants in Japan. He encouraged other royal people to enjoy the drink, and so seeds had to be imported from China. Not long after, Japan was able to grow their own tea plants and they were able to make a lot more drinks from homegrown tea leaves.

The History of Hojicha Tea

From this era, we fast forward to the Meiji period (1868–1912). This was the period when Japan’s economy was growing and they were exporting their products at much higher quantities than they have ever seen before. Up until this point, harvesting tea leaves was done by hand; there were people dedicated to harvesting up to eight kilograms of tea everyday.

However, because of the sudden influx of demand for Japanese tea, it became very difficult for tea growers and farmers to keep up with this high demand, some needing to produce amounts that would weigh tonnes! To address this issue, the act of harvesting tea leaves became automated. Machines were specifically designed for this process and Japan was able to export their tea all across the world.

The way that machines harvest tea leaves did, however, result in excess waste like leftover stems and leaves. This was a problem because Japan had limited resources. One tea merchant in the 1920s saw potential in the loose leaf that comes off during the harvesting process. He gathered them and experimented by roasting them over charcoal at a high temperature. The end result of this roasting process was a surprisingly delicious, reddish brown brew that we now know as hojicha tea.

Today, hojicha tea remains a staple beverage for people in Japan. It is often sold both in the hot and cold variation, and it is also processed into different products. One way to enjoy the tea is by drinking loose leaf hojicha, which is as close as you can get to how it was consumed when it was first developed.

Hojicha tea also comes in a powder form, which is made by grounding hojicha until it turns into a fine powder. Once it is in this form, it is much easier to add it to all sorts of drinks and even to food. A good example of this is hojicha latte. The powder is combined with milk (and ice, if you prefer the cold version) to create a smooth, richly flavored drink.

You can even use hojicha powder to make some desserts; hojicha cake is one example that is popular over the internet. Because of its earthy, slightly bitter taste, hojicha perfectly complements the sweeter ingredients that are used to bake a cake, and so you get this delectable dish with a nicely balanced flavor.

Hojicha tea is one delicious Japanese tea that really shouldn’t be overlooked. It has a beautiful reddish brown color, a distinct but subtle flavor, and an interesting history that traces back to one tea merchant who ended up making one of the most popular kinds of tea in Japan today. Give hojicha tea a try and add a new flavor experience under your belt with this distinctly Japanese tea.