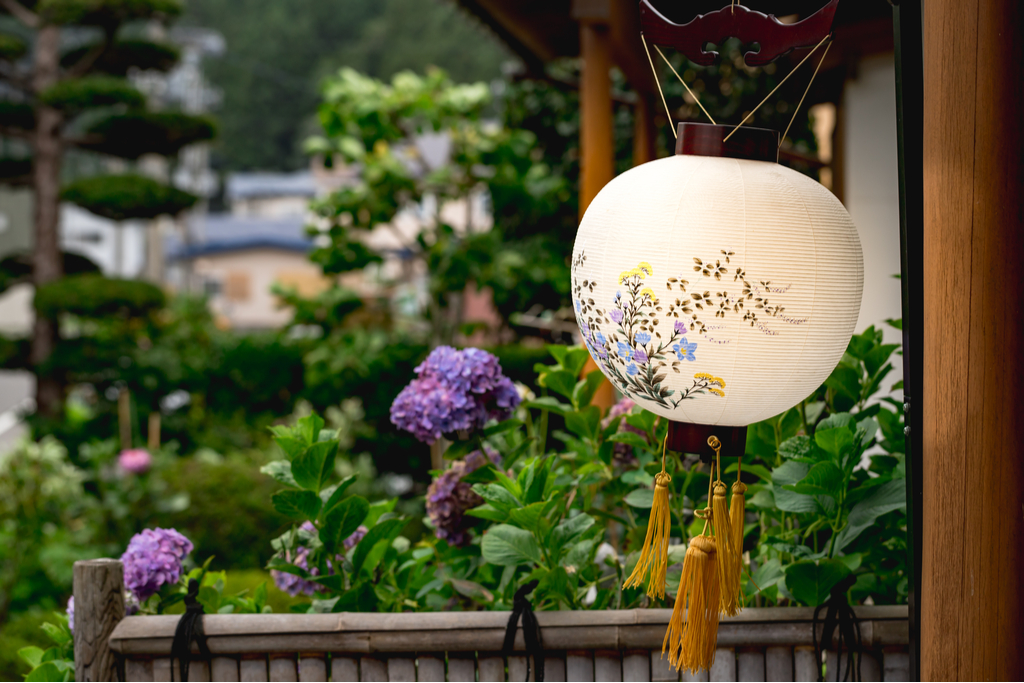 In August, across Japan, there is a religious holiday called Obon that is a time to celebrate one’s ancestors and welcome their spirits to the mortal world for a family reunion.

Generations young and old journey to cemeteries for ceremonies at the graves of family members, followed by delicious meals and enjoying each other’s company.

Although the holiday is based on the solar calendar in mainland Japan, in Okinawa, it actually follows the lunar calendar. Because of this, the observance can take place anywhere from mid-July to early September. On the islands of Okinawa, Obon always starts on a Monday and it is common for Okinawans all over Japan to return to their hometowns during this time to be with their families.

Because the Okinawan Obon is very rarely at the same time as mainland Japan’s Obon, these days are not officially recognized holidays and many shops stay open throughout the celebration. The observance takes place over 3 days, with specific rituals and celebrations that are deeply entrenched in Okinawan culture.

The first day, called unke, is when people first greet their ancestors visiting from the spirit world. People hang glowing lanterns outside to guide the spirits back home and leave their doors and windows open. They also set up the butsudan (altar) in their house with lots of offerings designed to be practical for the spirits. Sugarcane represents a walking stick, alocasia leaves are to wrap up sweets to take home, and uchikabi paper is there to provide money in the afterlife.

The next day, called nakanuhi, people spend their time preparing food as well as visiting other family members to exchange gifts called ochugen. These gifts usually range in price from about 5 to 25 dollars and are sold everywhere across the islands in the weeks leading up to Obon. While some families keep the celebrations as a private affair, it is not unusual to buy small gifts for friends, colleagues, and even bosses.

The final and most important day, ukui, is when everyone gathers around the altar to eat and celebrate. It is a slightly bittersweet affair as on this day everyone says goodbye to their spiritual visitors, sending them back to the other world. The altar is treated as a stand-in for members who have died and relatives spend time serving drinks, including to the altar, telling stories, and praying aloud.

Once the prayers are said, some of the food, as well as yellow-colored papers symbolizing money are placed in a large bowl as a gift for the ancestors. Some people even put handwritten notes, or other memorabilia if they had a particularly close relationship to someone who has passed away. Afterwards, the contents are burned, the fire is put out with Japanese sake, and the bowl is placed outside in order for the spirits to return to the land of the dead.

Discover Japan’s rich culture via its regional culinary traditions: Sakuraco ships traditional sweets & snacks from across Japan to your door.

Eisa is a traditional festival dance, or bon odori, performed by young people in the community during the Obon festivities and throughout the year. Boys, girls, young men, and young women dance in pairs or in circles and are accompanied by drumming, chanting, singing, as well as folk songs on the sanshin.

While the exact origin of eisa dancing remains unclear, the art form was initially performed mainly at funerals along with a chorus of Buddhist chants to appease the spirits of the dead. During the Meiji era (1868-1912), the dance was no longer just reserved for religious ceremonies and became a community event. Then, after the Second World War, when many Okinawans were trying to reconnect with their culture, which they had been forbidden from practicing for many decades, a new form of eisa emerged as a celebration of survival and perseverance. It now is much more performative and entertaining, with dancers beautifully dressed in traditional costumes.

The most visually striking character in the eisa dance is the chondara or the fool. His or her role is to entertain the crowds but to also keep everything running smoothly, which is why usually this role is undertaken by an experienced eisa performer. The chondara is instantly recognizable as the dancer paints their face white and adds red and black accents.

The holiday is not just a private celebration, there are also festivals and performances, such as bon-odori (bar dance), shishimai (lion dance), and the dazzling 10,000 eisa dancers’ parade. Drumbeats can be heard throughout the holiday and locals prepare their performances for months in advance.

Do you have anything similar to Obon in your country? Tell us about it in the comments below.