What Mochi Ice Cream Flavor Are You? 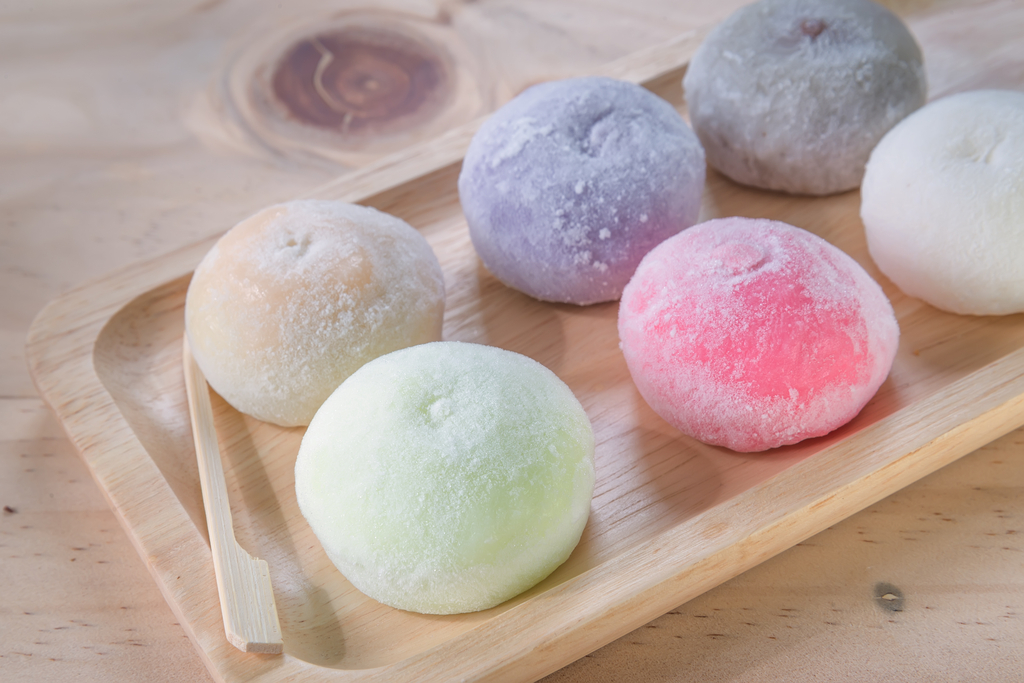 Take Our Quiz to Find Out!

Although dairy was only relatively recently introduced as a regular part of the Japanese diet, Japan wasted no time finding creative ways to adapt it to local tastes. One fun example is mochi-aisu, otherwise known as mochi ice cream, which is now being imported into countries all over the world.

The dessert was first offered in vanilla, chocolate, strawberry and a few traditional Japanese flavors. However, Japanese companies now regularly release new limited-edition and seasonal flavors that range from delightful to straight out wacky. The number one mochi ice cream brand in Japan, Yukimi, is famous for continually delighting the public with their creative flavors which can be found at most convenience stores and supermarkets. From tiramisu, to pudding, and black sesame to durian, there’s certainly something for everyone!

Japanese food companies started producing mochi ice cream in the 1980’s, with an early predecessor called Yukimi Daifuku by Lotte. Although it looks very similar, the mochi layer was made using rice starch instead of sticky rice, and the ice cream had a non-dairy rice milk base.

The official inventor of what is now recognized as mochi ice cream is Frances Hashimoto, the former president and CEO of Mikawaya, an American company that specializes in Japanese desserts. The story goes, Frances’ husband proposed the idea of wrapped scoops of ice cream in a layer of mochi dough, and Frances ran with it.

Interested in mochi? Experience mochi and other delightful tastes & textures from Sakuraco – a teatime experience sent straight from Japan to you.

Developing the recipe required a lot of finessing due to the chemical breakdown when the product is frozen. In order for both the mochi and ice cream to have the perfect texture whether from frozen all the way to slightly softened at room temperature for a few minutes, some adjustment had to be made.

After much trial and error, Frances produced 7 different flavors, and R&D took another 10 whole years before mass production and consistent quality was possible. Just keep that in mind next time you gulp down this summertime favorite filled with creamy ice cream!

Did You Know?
Although mochi ice cream has strong ties to Japan, it was actually first introduced in Hawaii in 1994.

In Japan, Yukimi Daifuku regularly releases fun and creative mochi ice cream flavors. Japanese people love the idea of exclusivity and regionality, so sometimes certain varieties will only be on sale for a few weeks. Some of our favorites include:

Nama means “raw” in Japanese and in this case refers to a type of chocolate ganache that is super rich and creamy. This version of mochi ice cream has a nama chocolate center, vanilla ice cream, and is wrapped in a layer of chocolate mochi.

For winter one year, the company created an adorable strawberry version. The two mochi were made with strawberry ice cream, wrapped in pink strawberry mochi, and best of all, heart shaped.

Since ice cream mochi was first introduced to the world in the 90’s, its popularity has only continued to soar. At supermarkets in certain countries, you can even buy flavors a-la-carte, meaning you get to try all the flavors at the same time.

With the increasing popularity of knowing where your food is coming from, it’s no surprise that mochi ice cream recipes are now all over the internet. Making mochi at home is a long-standing tradition in Japan and just involves kneading mochi rice flour and water together. For mochi ice cream, much like making an ice cream cake, the trick is to work quickly so that you don’t end up with a sad puddle of melted ice cream on the counter.

For those brave enough to try, this video by Basics with Babash explains in detail how to make your very own mochi ice cream. And the best part is, of course, you get to choose whichever flavor you want!

What kind of mochi ice cream are you? Share your quiz result in the comments below!