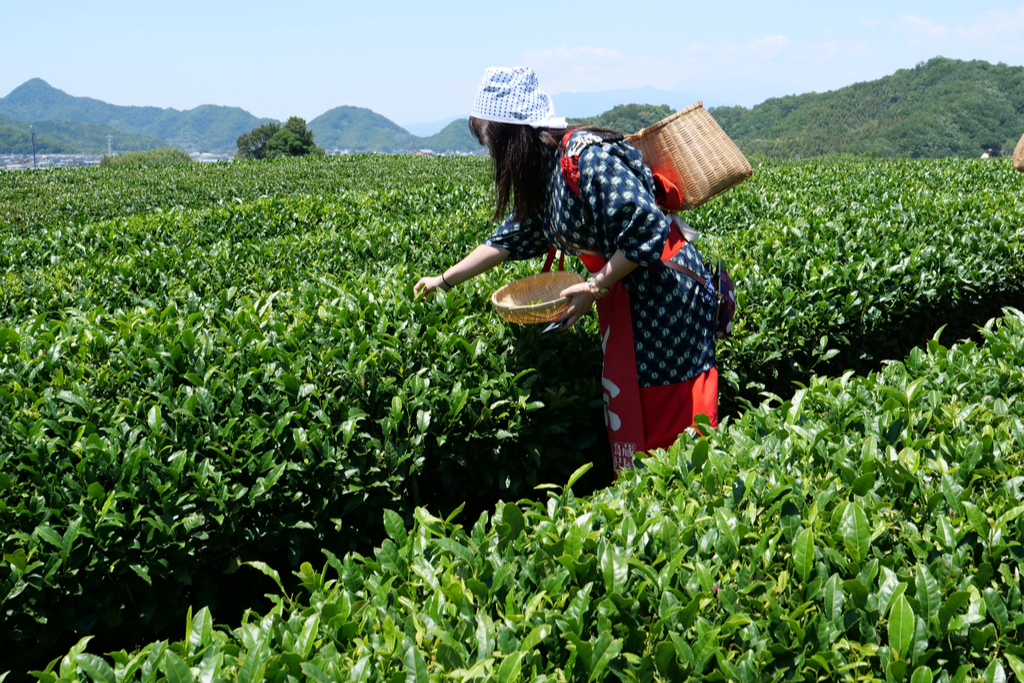 Located in Shizuoka with the striking view of Mt. Fuji in the background, many people have unknowingly seen the tea plantations of Makinohara. As one of 8 tea regions in the prefecture, the vivid green rows of tea leaves are about as picturesque as it gets. And in this small city, it’s all about the tea.

It likely is no surprise to anyone that Japan absolutely adores tea. But Japanese consumers are especially motivated to actively seek out local blends. Morestill, tea is a popular souvenir since many regions across the country produce their own variety, along with many other Japanese staples, such as miso paste, sake, and rice.

However, in terms of tea production, there is one region in particular that is synonymous with green tea: Shizuoka. Not to be confused with matcha, the highest quality green tea which is mainly grown around Kyoto, Shizuoka specializes in the green tea for everyday life, such as genmaicha and sencha.

Providing Tea for a Nation

Although the city of Makinohara is only home to about 45,000 residents, the plantation stretches far and wide. The fields stretch for over 20 kilometers, extending all the way to the Pacific Ocean and cover an incredible 12,000 acres (5,000 hectares). In fact, it covers such a large area that it is actually the largest tea estate in all of Asia. In the town of Makinohara, life revolves around tea, with the fragrant aroma permeating the air, and life in the area is in tune with the tea picking season.

History of the Area

Although tea cultivation has taken place in Japan for thousands of years, Makinohara has a relatively more recent history. The area was developed during the Meiji Restoration (1868 – 1912) after the fall of the Tokugawa Shogunate. Japan was rapidly developing in an effort to turn the country into an industrialized nation. This involved finding more efficient ways to produce crops, but also to lay down transportation routes that connected different parts of the country.

Due to these technological advancements, Makinohara Plateau was able to amp up tea production and now currently cultivates 30% of all tea from Shizuoka. A very impressive feat.

While Makinohara produces many different types of sencha, the region is particularly famous for the fukamushi variety of tea leaves. The name, which means “deeply steamed”, refers to the special process these tea leaves undergo. The tea is grown at a lower altitude and steamed 2 to 3 times longer than regular sencha in order to produce a milder, sweeter flavor. This is necessary because the leaves are thicker and darker from the higher amount of sunlight the area enjoys compared to other tea-growing regions.

As more and more people are interested in how food gets from farm to table, tours of agricultural areas are becoming more easily available. And Makinohara is no exception. From April to October, which is the growing and picking season, visitors can tour the fields to learn about the cultivation as well as the roasting and steaming processes.

While touring the tea fields is certainly a highlight of visiting Makinohara, there is also the delight of sampling the final result. While the tea produced is the main highlight, Shizuoka cuisine has found creative ways to introduce tea as an ingredient in a variety of dishes, some that are quite unexpected.

Cha-soba: Soba are buckwheat noodles often eaten cold with a broth dipping sauce. In this version, green tea powder is folded into the dough when the noodles are being formed. A popular side dish to soba is tempura: deep fried vegetables and seafood, and in this case, fried tea leaves are added to the selection.

You can also enjoy the darkest matcha gelato in the world, and a plethora of other green tea desserts, from chocolates, to cakes, to cookies, and more.

This month, indulge in the beautiful flavor of Makinohara fukamushi tea with green tea leaf cookies and green tea in dacquoise in Sakuraco’s October box: Flavors of Mt. Fuji.