Kyushu Culture: Cultural Sites You Have To See 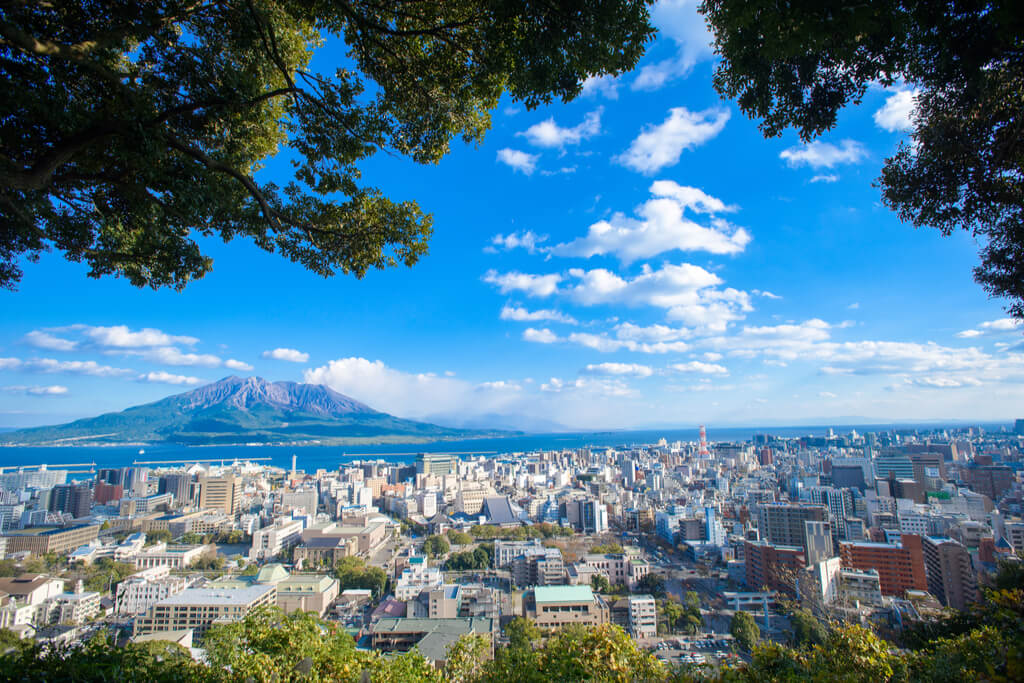 When many visitors to Japan think of Japanese culture, they often think of Kyoto. However, Kyushu has a rich history and deep culture that plays an important role in Japan. Whether it’s Japanese mythology, regional ramen varieties, or its beautiful history, there are plenty of reasons to take a look at Kyushu culture.

For all you culture connoisseurs, we’ve prepared a guide to some of Kyushu’s top cultural sights, including places where you can soak up the ambiance of traditional Japanese gardens, the tranquility of the largest active volcano, and the sobering area around the atomic bomb museum.

Want to bring a taste of Japanese culture from places like Kyushu, Hokkaido, and Kyoto? Sakuraco sends authentic Japanese sweets, snacks, and teas right to your door, perfect for tea time.

A Little About Kyushu

The Japanese island of Kyushu has a fascinating history, and it is said that the Imperial family first began in Takachiho, a place of great spiritual energy in the prefecture of Miyazaki. In fact, one of the earliest signs that Japanese people lived in Japan came from Saga prefecture, on the northwestern tip of Kyushu.

Kyushu is Japan’s largest island and also closest to the mainland. It’s also the port where the western explorers first made contact all those years ago. It has also been important through the ages: from the first settlers who came to Japan in the sixteenth century to the events of the Second World War, Kyushu has been called the ‘Gateway of Japan.’

Its most famous temple is Nanzoin, which was moved to Kyushu from Wakayama in 1899, although it is a lot older than that. Its most famous feature is the statue of Nehanzo, or reclining Buddha. The statue was built to house part of the Buddha’s ashes that the temple received from Myanmar as a thanks for sending aid and was finished in 1995.

It is said to be the largest bronze statue in the world at 41 meters long and 11 meters high and is an impressive sight to behold. It even weighs 300 tonnes (330 US tons) and is the size of the Statue of Liberty!

Nanzoin is not known simply for its statue, though. The area has beautiful fall foliage and is home to the Shichifukujin Tunnel, a tunnel where it is said that the Seven Gods of Good Luck may grant your wishes. Nanzoin is also not just a temple – it is more of a complex dotted with shrines and chapels. There are over 500 small buddhist deities housed there, and it even has a tea room.

In fact, visitors to Nanzoin normally come as a part of the Sasaguri Pilgrimage. Sasaguri Pilgrimage is 44km long and takes around three days to complete. Nanzoin is the first temple out of 88 points on the pilgrimage so many pilgrims start there. However, the starting point is not fixed, so many people even put it as their last stop.

Kumamoto Prefecture in central Kyushu is known for various things, including its famous bear mascot and Japan’s largest active volcano, Mount Aso. Nature lovers know all about the beautiful nature and hiking trails in Kyushu, but it is definitely worth a visit for culture lovers as its biggest city, Kumamoto, is home to the famous Kumamoto Castle.

Standing tall and grand in its current state since 1607, Kumamoto Castle was completed to great fanfare by the feudal warlord, Kato, using the best tools available at the time,turning Kumamoto into both a lauded castle town and a symbol of Kyushu culture. In 1877, the castle had an important role to play in the delicately-named ‘Satsuma Rebellion,’ proving to be impenetrable against the 13,000-strong Satsuma Army.

In the castle grounds is one giant ginkgo nut tree, said to be planted by daimyo Kato himself, over 400 years ago. In the fall the leaves turn a bright yellow color and ginkgo nuts drop off. Ginkgo nuts are so special to the identity of Kumamoto Castle that carpenters, when restoring the woodwork, even carved pretty ginkgo nuts into the fixtures.

A notable feature of Kumamoto Castle is that it has two main buildings: a daitenshu and a shotenshu. The daitenshu is the main tower of the castle and the shotenshu is the smaller tower. On a clear day, from the top of the daitenshu, visitors are treated to views of the spectacular Aso mountain range, also known as Aso Kuju. The grounds are large and the castle has many different parts, such as a palace and original gates from the time of its construction.

For many people outside Japan, one of the most famous things about Kyushu culture and history is also one of its most tragic – the dropping of an atomic bomb on its people in 1945, ending World War Two.

The Kyushu people have taken this tragic association and turned it into a symbol of peace and hope; a call for solidarity and togetherness around the world so that no one has to go through the same tragedy. They know better than most the effects of such an act. The Nagasaki Bomb Museum is located in the northwestern part of Kyushu, in Nagasaki.

The museum, sometimes called the Nagasaki Peace Museum, and its grounds are built to educate and inform visitors of the impact of an atomic bomb. Located in a giant compound in the city center, the Nagasaki Atomic Bomb Museum features before and after images, debris, and personal items recovered from the explosion as well as many eyewitness accounts and sobering recollections.

Top rated on Tripadvisor, the Nagasaki Atomic Bomb Museum is a must visit for anyone interested in history and the chilling impact of war. If you ever spend seven days in Kyushu, it’s definitely necessary to make the most of the trip.

As the largest island of the Japanese peninsula, Kyushu has something for everyone, and this article has recounted but a few. Kyushu is also home to the amazing natural hot springs with the clearest spring water near Mount Aso, the fantastic Japanese gardens near Hakata, the beauty of its national parks, and amazingly friendly locals. Go and head to Kyushu to sample its delights for yourself.