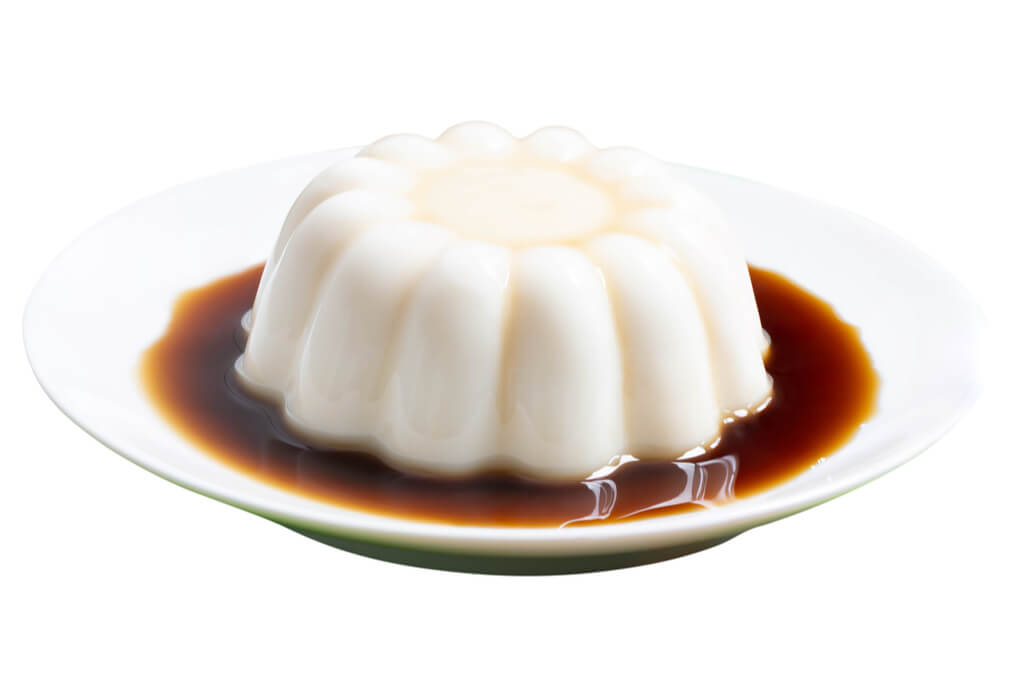 For many people, the words ‘Japanese pudding’ make them think of Mt. Fuji-shaped yellow pudding topped with a caramel sauce. However, Japanese milk pudding is just as delicious with a simpler and lighter taste. It is a dessert that visitors fall in love with, and Japanese people living abroad often miss.

But what is the difference between the two puddings? Let’s explore what Japanese milk pudding is and how to make it so you can enjoy it in the comfort of your own home.

What is Japanese Milk Pudding?

Japanese milk pudding is just as it sounds. It’s a pudding-type dessert made with milk, sugar, and gelatin. Because of it’s simple milk-based recipe, it’s lighter than the egg-based Japanese custard pudding, or purin. Also, compared to the often light toppings of milk pudding, custard pudding is always either topped with a caramel sauce or has caramel sauce at the bottom.

With a taste very similar to ice cream, milk pudding is a much lighter dessert, similar to tofu pudding, and is widely available at places like convenience stores and supermarkets. Plus, thanks to its simplicity, it’s very easy to make at home.

Hokkaido milk pudding is a slightly higher-class version of this already delicious dessert. Hokkaido milk is famous all across Japan for its delicious and fresh taste, and is used for a variety of Japanese products like Japanese milk bread (or Japanese sweet bread) and butter miso ramen. This milk, when used in pudding, only enhances its creamy texture and milky, ice cream flavor.

Although most people enjoy milk pudding as it is, it is always possible to add extra layers to the dessert with some delicious additions. Just like the recipe we will show you today, many people add vanilla extract to their recipes – even most Japanese recipes add it. With a dish that already tastes like ice cream, adding vanilla will create a vanilla ice cream flavor.

Fruit toppings are also a common addition to this Japanese sweet. Fruits that are popular in Japan tend to find their way on top of Japanese milk pudding either as is or with a layer of jelly. Strawberries, melon, kiwi fruits, and cherries are just a few of the fruity options available to you.

Other toppings that can add a bit more complexity to your dessert are flowers, flower jellies, or black sugar syrup. Around cherry blossom season, the tiny pink flowers find their way onto milk pudding for a high-class dessert look. However, other edible flowers are totally okay as well.

Mint is also a common topping for milk pudding as it adds a bit of freshness to the dish. Another delicious option is syrup made from Okinawa black sugar. Much like the combination of bubble tea and this syrup, black sugar syrup adds a sweet, rich, and slightly smoky flavor similar to caramel.

Now, enough about the dish itself. Let’s learn how to make it with an easy step-by-step pudding recipe.

How to Make Japanese Milk Pudding

Now that you know how to make Japanese milk pudding, feel free to try it. It will make a great dessert, or even afternoon snack, for you and anyone else to enjoy.