Japanese Chopsticks: 10 Mistakes You Should Avoid 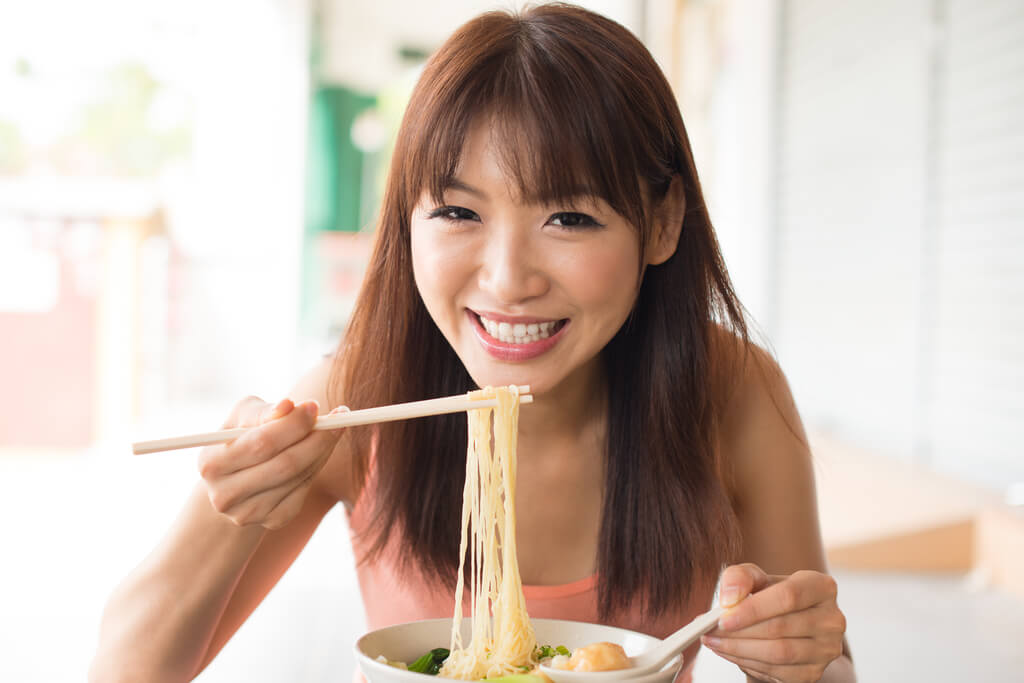 In Japanese, chopsticks are called hashi. Just like the many tableware rules in European dining, there are plenty of hashi-based rules to follow when dining in Japan. In fact, many Japanese table manners are based around this eating utensil.

Whether you’re visiting a nice Japanese restaurant, planning on traveling to Japan, or simply wish to use proper chopsticks etiquette at home, make sure to avoid these 10 chopstick mistakes!

Tate-Bashi: Leaving Your Chopsticks Sticking Up

Avoiding tate-bashi is one of the most important rules when it comes to Japanese chopstick etiquette. It may seem convenient to rest your chopsticks by sticking them upright into your bowl of rice. However, in Japan, it is considered not only rude, but also bad luck, because of its affiliation with Japanese funerals.

Traditionally, a bowl of rice is left for the dead with chopsticks stuck upright into the rice. The upright sticks may also remind people of the incense burned during funerals as well. To avoid this faux-pas, just use a chopstick rest, very commonly included in a Japanese table setting.

This taboo also has its origins in the Japanese funeral process. When the deceased is cremated, their bones are passed from chopstick to chopstick, in a solemn ceremony. Doing so during a meal is called hashi-watashi (passing chopsticks). It reminds people of this funeral practice, so hashi-watashi is considered very rude.

If you want to share a particularly delicious morsel with someone, instead of passing it over via chopsticks, you can place the food on a small plate to give them. You can also offer up your plate and let them take it themselves.

In Japan, you shouldn’t leave your chopsticks resting across the top of your bowl, or across your plate, like a bridge. It seems like an easy way to keep the tip of the chopsticks from touching the table when not in use, but Japanese chopsticks should always be placed back onto the chopstick rest when you’re not eating.

If the restaurant doesn’t provide a chopstick rest, you can also fold your own using the paper wrapper of disposable wood chopsticks, or use a small plate. The one exception to this rule is if you are done eating. Then, you can leave your chopsticks resting across your dish and thank the chef with a “gochisousama-deshita” (Thank you for the meal)!

Sashi-Bashi: Using Your Chopsticks to Point

Just like licking your knife is considered rude in Europe, neburi-bashi (licking chopsticks) is rude in Japan. Whether it’s a tasty sauce or a bit of stuck food, it’s not polite. Most chopsticks sets have a coating so food doesn’t really get stuck to it anyway, but if it does, just let it go.

Stabbing or skewering your food with your chopsticks is quite rude in Japan. Even though Japanese cuisine often contains slippery foods like silken tofu or konjaku (konjac), you’ll have to gambatte (try your best)! It takes practice to learn how to use chopsticks, but with enough practice, you’ll be a chopstick master who can grip food of any kind.

Most adults will not use their chopsticks as makeshift drumsticks for an impromptu tableware concert, however, plenty of children are tempted to! In Japan, children are taught strictly not to tataki-bashi (beating chopsticks), no matter how fun it may be. Just like you shouldn’t play with your food, playing with your hashi is a big no-no.

You should always set your chopsticks down parallel on your chopstick holder. This rule has its origins in China, where crossed chopsticks are representative of death. While the belief is not as universal in Japan, it’s still impolite to leave your chopsticks crossed.

Rubbing Your Chopsticks Together

If you’re shopping for a set or gift set of Japanese chopsticks online, don’t make the mistake of buying Korean or Chinese ones instead. Many kinds of Asian cuisine are eaten with chopsticks, but not all chopsticks are made the same.

Why are there so many rules around chopsticks in Japan?

Japanese culture places importance on making those around you comfortable. So, these rules are about making sure that those dining with you, especially your host, feel appreciated and at ease. However, like all dining etiquette, if you worry too much about doing things perfectly, you won’t be able to enjoy your meal either. Even people in Japan don’t get everything right.

Just keep these tips in mind so that next time you get the chance to use Japanese chopsticks, you’ll be sure to impress!