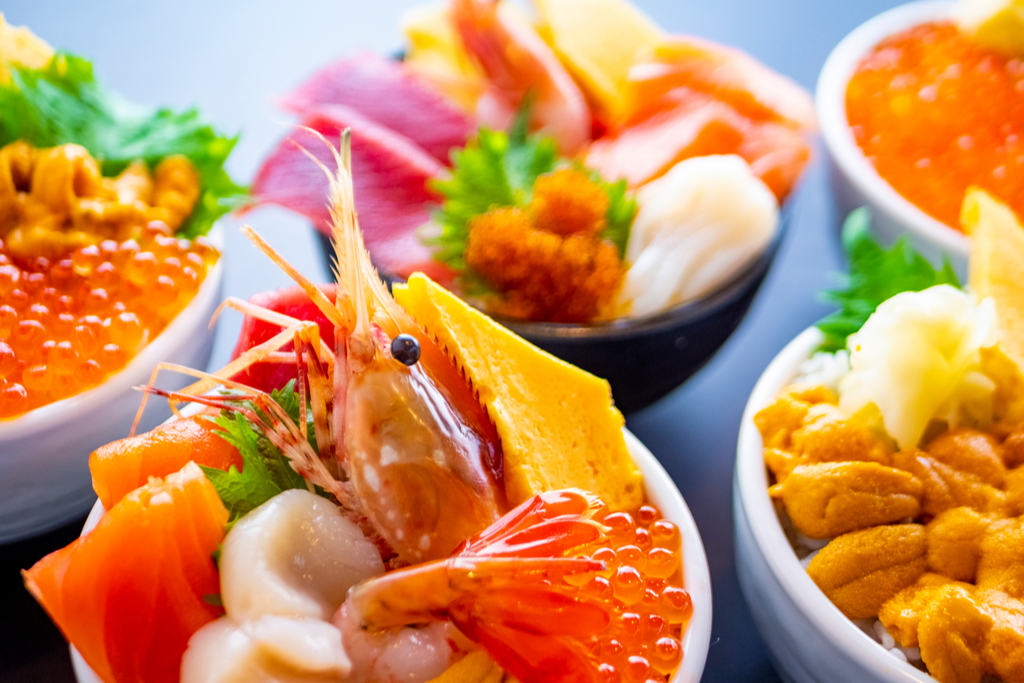 The northernmost and least developed prefecture in Japan, Hokkaido is known for many things, including beautiful nature, world-class skiing and snowboarding, and incredibly fresh seafood. Even in Japan, a country spoiled with close access to the ocean, Hokkaido seafood is considered the premium and the locals have incorporated the ocean’s bounty to create culinary creations not to be missed.

Like many northern regions, the cool ocean waters are perfect for crab and scallops, but there are also many other varieties of seafood available along the coast of Hokkaido such as salmon, sea urchin, and shrimp. Whether you opt for the classic steamed crab, or venture into the slightly more adventurous offerings of salmon roe and raw octopus, there is something for every kind of seafood enthusiast. Read on to learn more about what makes Hokkaido seafood so prized and which ones you should add to your culinary bucket list.

What Makes Hokkaido Seafood so Delicious?

The region is lauded for its incredibly flavorful fish which can be credited to the Oyashio current that flows through the Pacific Ocean and carries with it plenty of plankton, which many local fish feed upon. Another reason is the colder temperatures which leads to more toned muscle tissue as well as thicker layers of fat on many species. The salmon is especially famous for being extra fatty when fished from this region, which improves the flavor.

Crab: The King of Seafood

With the Taraba Gani or Red King crabs reaching a leg span of up to 1 meter, it should come as no surprise that crab is the most sought after seafood in Hokkaido, with many shops specializing exclusively in the crustacean. But although King Crab may be the most well known, there are actually many different varieties, from brown and blue crab, to snow crab. Enjoyed on rice, in soup, or simply steamed with butter, this local specialty is available in many different forms and at high to low price points.

While it may be considered an acquired taste in some countries, sea urchin is incredibly popular in Japan. The Hokkaido sea urchin from Rishiri Island is considered the most delicious variety and as a result is highly prized. The flavor is due to their diet which consists mainly of Rishiri kelp, which is also a local delicacy in its own right. Depending on the variety, some sea urchin are best enjoyed raw, while others are more suited to cooked dishes and sauces.

Kaisendon: The Best of Everything

Composed of mainly raw seafood on a bowl of unseasoned (typically white) rice, kaisendon is a combination of the words “kaisen” (seafood) and “donburi” (rice bowl). Most kaisendon sets include a bowl of miso soup, pickles, and wasabi and soy sauce that can be added to the diner’s taste. For those seeking the absolutely freshest seafood, the city of Hakodate in Hokkaido is surrounded by ocean on three sides and the fish market is a popular destination for breakfast or lunch. Restaurants located in the market sell kaisendon made with locally caught fish, such as salmon, squid, and shrimp. The market is a lively place and it’s not unusual for the most popular shops to sell out quickly.

Seafood All Year Round

Due to the wide variety of fish and seafood available in Hokkaido, it is impossible to say which time of year is best to enjoy these local specialties. While sea urchin is best enjoyed in July and August, scallops are at their peak from winter to spring, and fresh crab is sold throughout the year depending on the type. Therefore, no matter what time you are able to visit this northern prefecture, you will certainly not be disappointed with this incredibly fresh fare on offer.

Are you a seafood fan? Have you ever tried Hokkaido fish or seafood? Let us know in the comments below.