A Snack Guide to Your Own Hanami 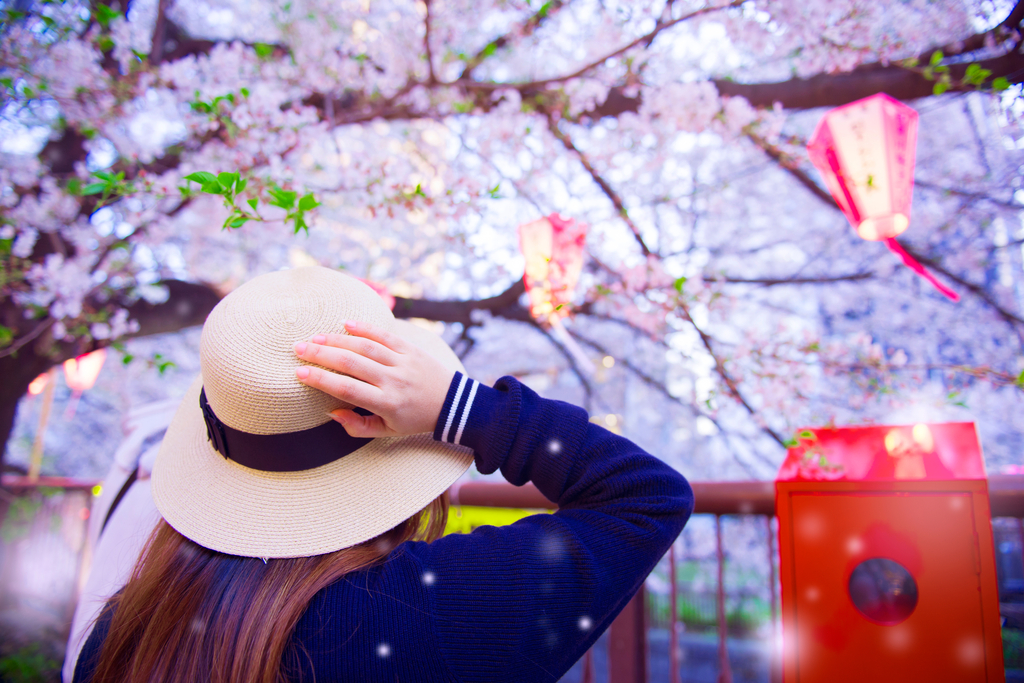 When thinking about the ideal time to travel to Japan, many will say it’s during the sakura (cherry blossom) season in spring time. For such a popular event, it’s hard to believe that it only lasts a few weeks, depending on your location. Since Japan is in the northern hemisphere, towards the southern end of Japan, the sakura season can start as early as mid March, while the northern tip of Japan might not start to see their cherry trees bloom until late April.

Peak bloom in Tokyo for 2022 is around March 20th, while full bloom should fall around March 30th. The ever famous Ueno Park is also a top sought after location for the sakura season in Tokyo and the surrounding area.

Although the culture of hanami (flower viewing) and the picnic that goes with it is Japanese, that does not mean you can’t appreciate the beauty of the flowers around you. If you are lucky you might be able to find a few cherry blossom festivals in your home country as well. Either in Japan or abroad, if you have cherry trees that are ready to bloom, then you can go out and view them for your own hanami picnic!

Here is our snack guide for hanami time picnic so you can enjoy the food and flowers wherever you are.

First thing first, let’s go over what hanami actually is. The word hanami in japanese uses the kanji for “flower” (花 hana) and look or “view” (見 mi). Together they make up an event that involves going out and looking at the flowers on the cherry blossom trees and having a picnic with others. During your cherry blossom viewing, as you watch the petals fall you might also be tempted to think about the temporary nature of life, which is also custom.

This is by no means a comprehensive explanation of hanami, so for more information on what hanami is, check out our other blogs.

So like we said, if the sakura are blooming and you have an idea of where you want to go to view them, the next thing you need to think about is the menu. What will you put into your picnic basket and bring to eat and drink under a canopy of cherry blossoms?

For starters you are going to want to make a hanami bento (flower viewing boxed lunch). What kind of homemade snacks and foods or store bought goodies you choose to put in the hanami bento is up to you, but there are some common dishes that are often prepared in Japan.

Sushi is a given. Although you might have an impression that sushi is eaten often in Japan, a recent study showed that only about five percent of Japanese people eat sushi more than once a week and that 85% ate it two to three times a month or less.

Although it isn’t eaten as often as many think, it is still a common food eaten during holidays and special occasions. Hanami is a perfect time to splurge on your favorite sushi. In Japan many restaurants and stores even offer a premade hanami sushi set that includes a variety of different sushi.

A specific type of sushi that is often found in hanami bentos is inari sushi, which is vinegar sushi rice inside of a fried tofu pocket that has been marinated in dashi. Although it might not look like a lot on the outside, it is bursting with a sweet and savory flavor and is a bento must have.

The name inari relates to the shinto deity of foxes, rice, tea, sake, fertility, and agriculture. Due to the strong connection with foxes, this type of sushi is also referred to as kitsune sushi (fox sushi). They are also super easy to make at home so they are a great picnic item that is easy to make and easy to eat!

If sushi is not right for you or your hanami party, you can always make onigiri (rice ball). Onigiri is a convenient rice ball that usually contains a yummy mixture inside. You can find quick and convenient onigiri at stores all across Japan, though some areas might have specialty flavors specific to their location.

Common onigiri fillings are, pickled seaweed, grilled salmon flakes, pickled plum, tuna mayo, and seasoned cod roe. All you have to do to make your own delicious onigiri at home is to pick your favorite filling, spread some rice on a piece of plastic wrap, put your filling in the middle, cover the filling with some more rice, and shape the rice into either a ball or a triangle in your hands.

For added flair you can mix the rice with a furikake seasoning or wrap your rice ball in dried seaweed.

Want to have an authentic taste of Japan from the comfort of your own home? Check out SakuraCo for a monthly box of traditional Japanese sweets and stories from their local makers.

The next item in your hanami bento can be tamagoyaki (rolled omelet). Tamagoyaki is egg that has been sweetened and mixed with soy sauce or dashi and then fried in layers and rolled while in the frying pan. Special square shaped tamagoyaki pans exist to help get the perfect boxy shape. After you make your tamagoyaki, you can slice it similarly to a sushi roll and add the pieces snuggly into your bento box.

With all of this savory food we definitely need something sweet for this hanami picnic. The go to wagashi (Japanese traditional sweet) is dango (sweet rice flour dumplings). These are chewy balls that are often skewered together in sets of three. Although it seems similar, dango is a bit different from mochi (sweet Japanese rice cake), as mochi is made from glutinous rice while dango is made with rice flour.

Although they can be made in different shapes and flavors, for your hanami picnic you are going to want three different dango balls on your skewers, a pink one, a white one, and a green one in that order. The colors each represent a different color of spring, pink for the flowers, white for the passing of snow, and green for the lively foliage. The pink and white ones have a mild sweet taste while the green one is mixed with mugwort grass and has an earthy flavor.

Want to eat some sakura while viewing the sakura? Sakura mochi and manju are great sweets and alternative to dango. We have a list of must try sakura food and drinks if you want more ideas to add to your hanami picnic.

Of course there are other flowers you can view in Japan. If you visit Japan a bit before sakura season you may be able to see plum blossoms in late winter, and in fall you can see beautiful chrysanthemums. Going out for a picnic any other time of the year or just want to step up your bento making? Check out some delicious Japanese picnic food to pack for a picnic anytime and bento essentials for your next outing or boxed lunch.