A Complete Guide to Kabuki Theater 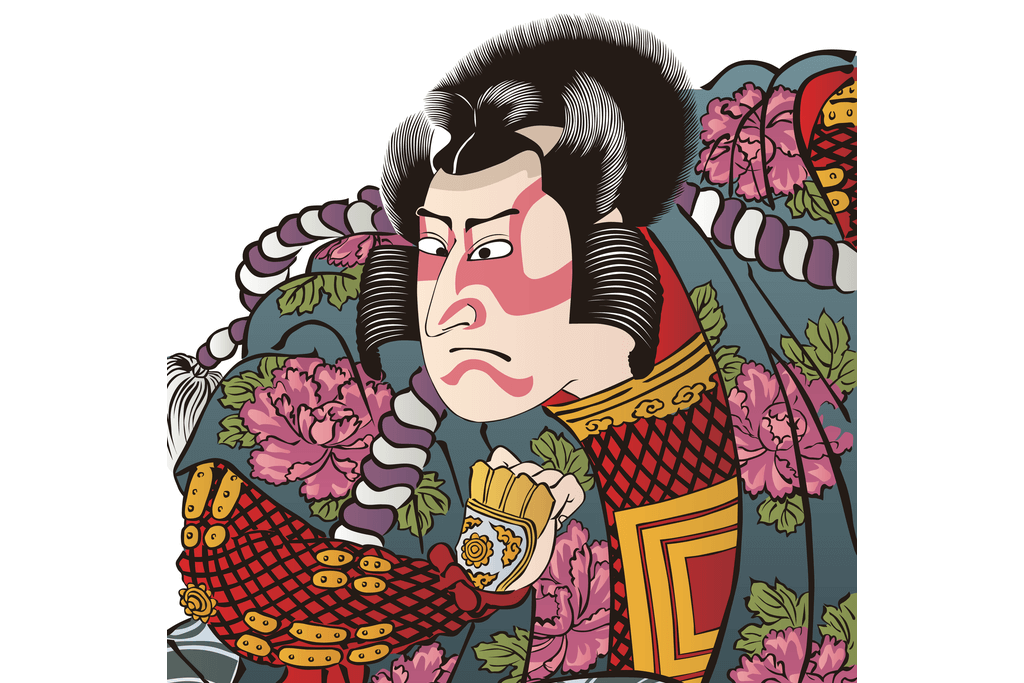 Kabuki is a genre of traditional Japanese theater, dating all the way back to the Edo period (1603-1867). Most people know it for for its elaborate costumes, vivid makeup, spectacular acting, and audience participation.

Through these elements, it transports the audience to a captivating world of Japanese folklore, filled with captivating folklorepassed through many generations of actors and storytellers.

In 2005, UNESCO proclaimed kabuki as an Intangible Cultural Heritage. for those who wish to experience classic Japanese storytelling, then watching a kabuki play is perfect for them.

The word kabuki (歌舞伎)is actually three words in one.  “Ka” and “bu” mean “sing” and “dance” respectively, while “ki” means “art”.  Together, it means “the art of singing and dancing”, which is prevalent in all kabuki productions.

Originally kabuki was just a type of dance, known as kabuki-odori.  It too, featured bizarre costumes, but over the centuries it evolved to incorporate singing and storytelling in different forms.

Most historians claim that kabuki originated in the 16th or 17th century. While present day productions feature an all-male cast, women were actually the first kabuki performers.

The first records of kabuki document a priestess named Okuni who worked at the Grand Shrine of Izumo. She also had an all-female troupe, or onna-kabuki. Together, they performed in various places around Kyoto, usually at shrines and near the Kamo River.

Their performances were usually sensual, humorous and featured the shamisen, a traditional Japanese three-string banjo. At the time, the shamisen was a new, exciting instrument and it intrigued audiences.  This made the theater troupe very popular throughout Kyoto.

How women lost their roles

In 1629, due to the risqué nature of all-female productions, it caused a moral panic. It also didn’t help that fights broke out in the audience during the plays. Because of this, women were unfortunately banned from performing kabuki.

From then on, young men took on the role of kabuki actors, giving birth to the wakashu-kabuki (和歌集歌舞伎, lit. “adolescent boy kabuki) However, because officials still considered this theatrical style immoral, they banned it as well.

Eventually, only adult men were allowed to perform in kabuki plays. To distinguish themselves from teenage boys,these adult men had to shave their forelocks to prove they were mature. After adult men taking over kabuki roles, performances featured more elaborate plots and diversified dramatic roles.

Traditionally, kabuki plays retell historic major events, scenes from daily life, and famous folktales. Modern kabuki plays typically haven’t strayed from those themes. However, there is the occasional contemporary adaptation, the most recent of which is that of One Piece.

Nevertheless, the most famous traditional kabuki plays are: “Yoshitsune and the Thousand Cherry Trees”, “Kanadehon Chushingura” and “Benten Kozo”. These productions are also available to watch on YouTube, for those who are interested.

Performers wear padded, extravagant kimono costumes that have many layers and create a desired body shape for its respective character. They are usually very colorful, and occasionally use real gold and/or silver thread.

Heroes typically wear red face paint because the color represents passion and strength. However, depending on the style of the red paint, the hero can be anywhere from young and charming, to mature and strong.

Villains typically wear blue face paint because it represents fear and evil.  Blue paint, when used sparingly in “heroic” makeup, represents anywhere from poor health to foolishness. If the villain is also a demon, they wear black face paint as well.

Supernatural and ghostly characters wear green and brown makeup. They sometimes even include a light-brown foundation base and a long black slash across the mouth to make them look even more sinister.

Noble characters wear purple face paint.  This is historically relevant because for the longest time in Japan, officials forbade commoners from wearing the color purple. At the time, purple was the most difficult color to dye, and therefore the most expensive.

Ara-goto actors generally wear the red and/or blue makeup that most people recognize as kabuki. They perform in plays that center around historical events, and the plot includes highly stylized fight scenes.

In contrast, wa-goto is a more realistic style of acting. They perform in plays that center about tragic romances between nobility. Wa-goto actors use softer words and gestures, and their makeup and costumes are more subdued.

Live music is typically used in these performances and is played alongside the narration. The music is largely divided into three categories.

Geza (下座) which is the music and sound effects played behind the curtains, shosa-ongaku (所作音楽), the background main for the onstage actors; and finally ki and tsuke, the square oak boards that make a ki sound when struck together, and a tsuke sound when struck against a hardwood board.

During a play,, the audience also can participate in kakegoe (掛け声 , “shouts and calls”). During the play, the audience will shout to encourage the actors on stage by yelling out their stage names or other sounds deemed appropriate.

Traditionally, only male audience members could participate in kakegoe, however women’s participation is more common these days.

You can watch this legendary artform in selected venues across Japan. The most famous venues are Kabukiza theater in Tokyo, Minamiza Theater in Kyoto, Shochikuza Theater in Osaka, and Hakataza Theater in Fukuoka.

Have you ever been to a kabuki play? What was it like? Would you like to go to one? Let us know in the comments below.