5 Wagashi You’ve Got to Try 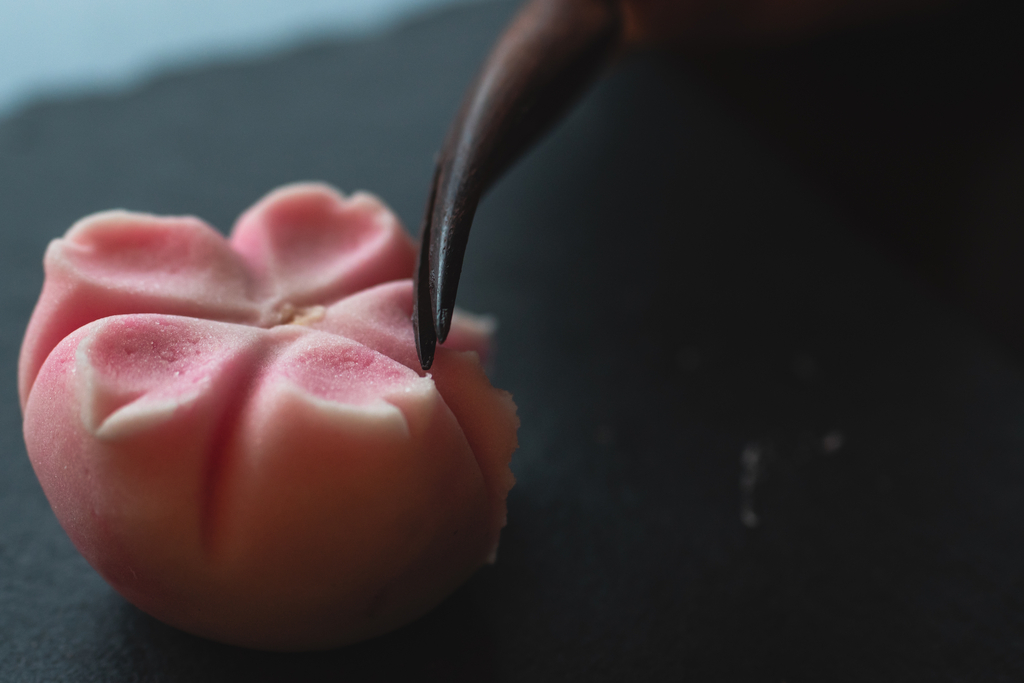 My first time trying real mochi was at a mochitsuki (mochi-making event) that was being held at my local Japanese cultural center. Once I had my first taste of this pillowy, chewy rice dough, I was instantly hooked and sought out any form of mochi I could find. Even if that meant some definitely stale sesame daifuku from Chinatown.

But, since moving to Japan, I’ve gotten the chance to try a whole variety of Japanese desserts, called wagashi, that use mochi as a base. Some of which are still mostly exclusive to Japan. Keep reading for my favorites and who knows, you might find a new dessert to add to your bucket list.

Likely the most well known of mochi desserts, this wagashi is a thin layer of mochi dough wrapped around a sweet filling. Traditionally, azuki (red bean paste) or sesame paste were common flavors, but in recent years a combination of changing tastes as well the boom of limited-edition flavors in Japan has resulted in an amazing selection of daifuku.

From fresh fruits, to matcha, to even ramune, there is something for everyone. While fresh daifuku normally expires within a few days, some manufacturers have found a way to extend that shelf life, which means they can handle the long journey abroad, like this Mochimochi Chocolate Sakura Mochi. Or for the freshest mochi possible, you can try making it at home!

Speaking of creative daifuku fillings, one popular daifuku creation that is commonly found in supermarkets across Japan is Yuki Ichigo. Originally the brand name, this confection is a thin layer of mochi wrapped around a Japanese strawberry, whipped cream, and a layer of vanilla sponge cake.

The dessert was inspired by strawberry shortcake, a favorite in Japan to celebrate big occasions, but giving it a Japanese twist. While daifuku is usually small in size, about 2 inches in diameter, this dessert is about softball-sized. The end result is a beloved creation that is light, fluffy, but oh so satisfying.

More recently, this mochi dessert has inspired different flavor and fruit combinations, such as banana chocolate and chestnut montblanc.

Would you like to explore mochi’s role in wagashi sweets for yourself? Sakuraco ships traditional sweets & snacks from Japan straight to your door.

From March to May, mainland Japan is transformed into a magical floral wonderland with the cherry blossom season. Although their bloom only lasts about 2 weeks, this simple flower holds a lot of meaning in Japanese culture, so much so that the school and fiscal calendar starts in April.

One of the most famous sakura (cherry blossom) desserts is sakura mochi: pink-colored mochi wrapped or rolled around a sweet red bean filling, with a pickled sakura leaf on top. This wagashi is designed to be easily eaten with your hands (thanks to the leaf) so that it can be enjoyed during hanami, picnicking under the cherry blossom trees in full bloom!

March 3rd is Hina Matsuri “Girls’ Day” or “Dolls’ Day” in Japan where both individuals and businesses will put up a beautiful display of traditional dolls modeled after the members of the royal court, from the Emperor and Empress, to their servants and musicians. The sweets that are enjoyed during this time are dyed three colors, each representing a different meaning:

Pink or red: Life and vitality

Hishimochi is a special wagashi made only during this time of year and consists of 3 layers of mochi in red, white, and green, cut into a rhombus shape (hishi) that symbolizes fertility.

A common souvenir from Kyoto, yatsuhashi are a traditional dessert prepared in two ways: soft folded triangles with a filling, or toasted into a long thin cracker. My preference is the soft version, as I enjoy the mochi texture. As with daifuku, the traditional filling is azuki sweet red bean, but what makes yatsuhashi a regional specialty is the flavors mixed into the mochi dough itself, mainly cinnamon, green tea, and sesame.

Yatsuhashi shops line streets of Kyoto, and to stand out from the crowd, some have been following the same trends as regular daifuku by introducing weird and wonderful flavors and colors.

The newest wagashi on the list, mochi ice cream is a relatively recent addition to the Japanese confectionery world. However, whichever individual came up with the idea of using ice cream as a daifuku filling deserves an award.

As with other daifuku, this dessert consists of a thin layer of mochi wrapped around a filling, in this case ice cream. When left out at room temperature for a few minutes, the mochi layer softens and the mochi ice cream is most often picked up and eaten with a short skewer.

Japan’s number 1 brand of mochi ice cream, which can be found in almost all supermarkets and convenience stores, is Yukimi Daifuku. They are known for constantly releasing limited-edition and seasonal flavors, such as a pink heart-shaped version for winter, cookies and cream, tiramisu, and hojicha.

From big milestones like graduations and weddings, to seasonal celebrations, to an afternoon pick-me-up, mochi is a big part of life in Japan. For myself, although I have had the opportunity to try some amazing wagashi creations that were almost too beautiful to eat, the wagashi I always come back to is Yuki Ichigo – because who can say no to mochi AND cake?

Are there any wagashi on this list that you can’t wait to try? Or have you tried them all and already have a top pick? Let us know in the comments!