The Mythical Mountains of Japan 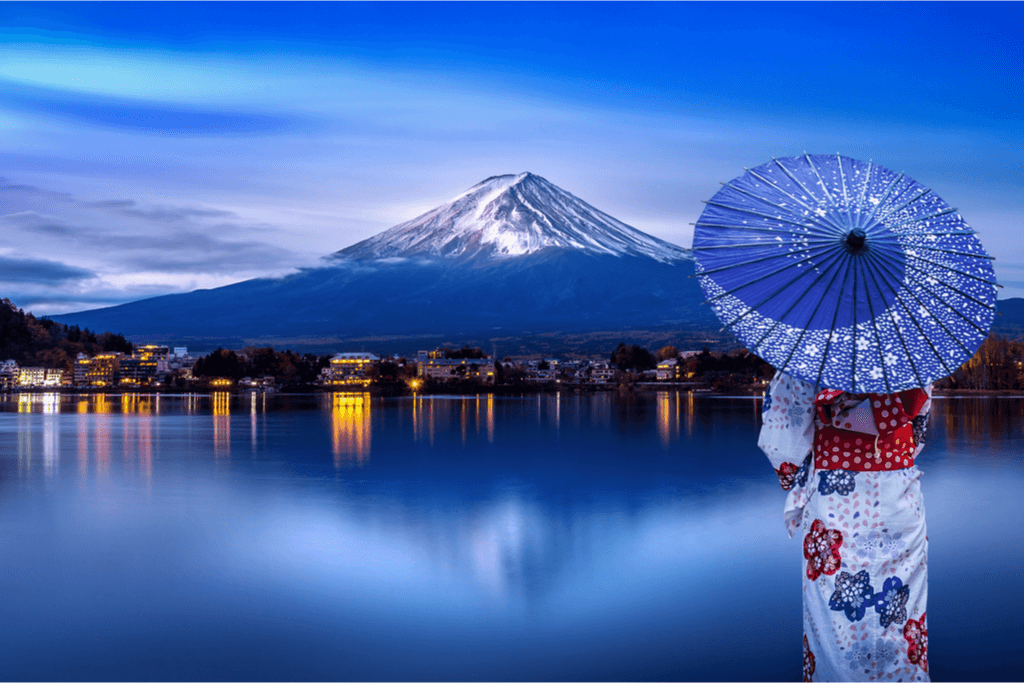 Japan is a small country with many mythical mountains that are popular with hikers and fans of nature alike. Many of these mountains are so spiritually important to Japanese people, that they even call them “holy mountains”. It is common for Japanese people to go on pilgrimage to climb various mountains.

It is very popular to go hiking in the warmer months, typically from March to August. However, if you are an experienced hiker or mountain climber you may get permission to climb these mythical mountains in winter.

Mountains are very spiritually important in Japan, particularly in Shintoism and Buddhism. There are some individuals who dedicate themselves to mountains–the yamabushi. Yamabushi literally translates to “one who bows down in the mountains”.

While hiking in Japan it is very likely you may come across yamabushi on pilgrimage, particularly on the mountains mentioned below. The five of some of the most sacred mountains in Japan are Mt. Fuji, Mt. Haku, Mt. Tateyama, Mt. Tsukuba, and Mt. Yudono.

Mt. Fuji is probably the most well-known mountain in Japan, and for good reason. It stands  at 12,388 ft (3776 m). It is the highest mountain in Japan, located in Shizuoka prefecture.  Not only is it a world heritage site, but it is also an active volcano!

It is one of the three holiest mountains in Japan (the others being Mt. Haku and Mt. Tateyama) and is very auspicious. It is a very popular mountain to climb, over 300,000 people climb it each year.

When Mt. Fuji experienced some volcanic activity in the 12th century, which resulted in people climbing Mt. Fuji to receive its spiritual powers. This practice of climbing mountains is tohai, or mountaineering pilgrimages.

From then on, a religious sect Fujiko (devotees of Mount Fuji) was developed and is still in practice today. Adherents of Fujiko and commoners alike climb Mt. Fuji because it is said to be a power spot or a spiritual spot where you can experience healing and pray for good luck.

Konohanasakuya-hime is the “cherry blossom princess” because her symbol is a sakura (cherry blossom) flower. Her powers are able to Mt. Fuji from erupting and is thought to have torn down the Yatsugatake Mountains because they were higher than Mt. Fuji.

Mt. Haku or White Mountain is located on the borders of the Gifu, Ishikawa, and Fukui prefectures. The 8,865 ft (2702 m) mountain is also a volcano but is dormant, with its last eruption in 1659. This is because the mountain range is usually covered in snow for half of the year. Its snow cap makes it distinguisable from other mountains in the area.

Mt. Haku is popular to hike all year round, with several trails being available from easy to professional. The mountain’s patron goddess is Kukurihime no Kami. She rules overprotection and matchmaking. Mt. Haku is strongly associated with water as its snow provides water to the three major rivers in the region. They are the Kuzuryū River, Tedori River, and Nagara River

According to the legend, the first person to ever climb the mountain successfully was the Buddhist monk Taicho (682–767) in the year 717. Taicho is an important figure in the Shugendō (Way of Shugen), a syncretic religion that draws from Buddhism, Shintoism, and folk religion. Since then approximately  50000 people climb the mountain every year to give prayers and visit holy spots, particularly  Shirayama Hime Shrine.

Can’t get enough of authentic Japan? Try out Sakuraco!Sakuraco sends traditional Japanese sweets, snacks, tea and ceramics straight to your door so you can enjoy Japan in the comfort of your own home!

Mt. Tateyama (also known as Mt. Tate). or in English, Standing Mountain, is a mountain range located in Toyama Prefecture. With an elevation of 9,892 ft (3015 m), it is one of the highest mountains Toyama’s northern region.

The mountain range is famous for onsens and beautiful nature spots, particularly Jigokudani (Hell’s Valley). It is popular to hike Mt. Tateyama from July onwards, fall is considered the peak season to visit because of the beautiful colors.

Centuries ago, Buddhist monks often did spiritual training at Mt. Tateyama. According to legend, the climb to the summit simulates the experiences of hell, paradise, and the afterlife.

Located at the summit of the main peak Mt. Oyama, is the mountain’s shrine Oyama Shrine. On a clear day, you can enjoy beautiful panoramic views and possibly see Mt. Fuji from this peak!

One of the most popular ways to enjoy Mt. Tateyama without hiking is by visiting the Tateyama Snow Corridor. This corridor is only open a few months per year (usually April to late June). This corridor rests atop Tateyama Murodo Plain and receives some of the heaviest snowfall in the world.

In spring, specialized trucks carve through the snow to allow cars and buses to use the road. This results in “snow walls” on the side of the road which can be up to 59 feet tall!

Mt. Tsukuba is a mountain located in Ibaraki prefecture. Its elevation is 2,877 ft (877 m) and is one of the 100 most famous mountains in Japan. It is sometimes referred to as the “purple mountain” because during sunrise and sunset the mountain’s surface changes to purple. The mountain is named after the noble Tsukuha no Mikoto. According to legend, he named the mountain after himself because he wanted to leave his mark on history.

Legend has it when Izanagi and Izanami–the central deities in the Japanese creation myth–created Japan the first creation they made was Mt. Tsukuba. As a result, there are two peaks where they are enshrined at Mt. Nantai and Mt. Nyotai. Tsukubasan Shrine enshrines the two deities, and bestows marital harmony in their honor.

Another legend says that when a deity asked the heavens for a place to stay a night, Mt. Fuji refused because it was prideful and arrogant. Mt. Tsukuba, on the other hand, humbly accepted the deitys request and blessings.

As a result, it was blessed with a lot of vegetation and beautiful colors during sunrise/sunset.

Hiking Mt. Tsukuba is considered a popular day trip activity to do from Tokyo, it takes approximately three to four hours to get to the top. There is also a cable car and ropeway that can take you to the peaks.

There are many power spots located on the mountain. So,if you are visiting Tokyo and want to receive some good luck and great views why not add this to your itinerary? The best times to hike Mt. Tsukuba are during fall and spring.

Mt. Yudono is a mountain located in Yamagata Prefecture. Its elevation is 4921 ft (1500 m) and it is of the “Three Mountains of Dewa”. The three mountains of Dewa are the three sacred mountains (the others being Mount Haguro, Mount Gassan) located in the ancient province of Dewa (a province that comprises Yamagata and Akita prefectures).

The mountains are important to followers of Shugendo. It is popular to hike in the warmer months.

One of the most sacred parts of Mt. Yudono is its shrine of the same name. At this shrine, you are not allowed to take pictures and you will be required to remove your shoes. It is believed that when you walk barefoot you can receive the earth’s energy.

At the shrine, you can touch the Goshintai (sacred body of the kami (God) monument which will make you feel reborn.  It is also forbidden to talk about what you saw inside the shrine to people.

Japan has many sights to explore and take in. Now that you have learned about some of the most spiritual and mythical mountains in Japan, which mountains do you want to climb? Let us know in the comments below!