Shuri Castle: The Palace of the Ryukyu Kingdom 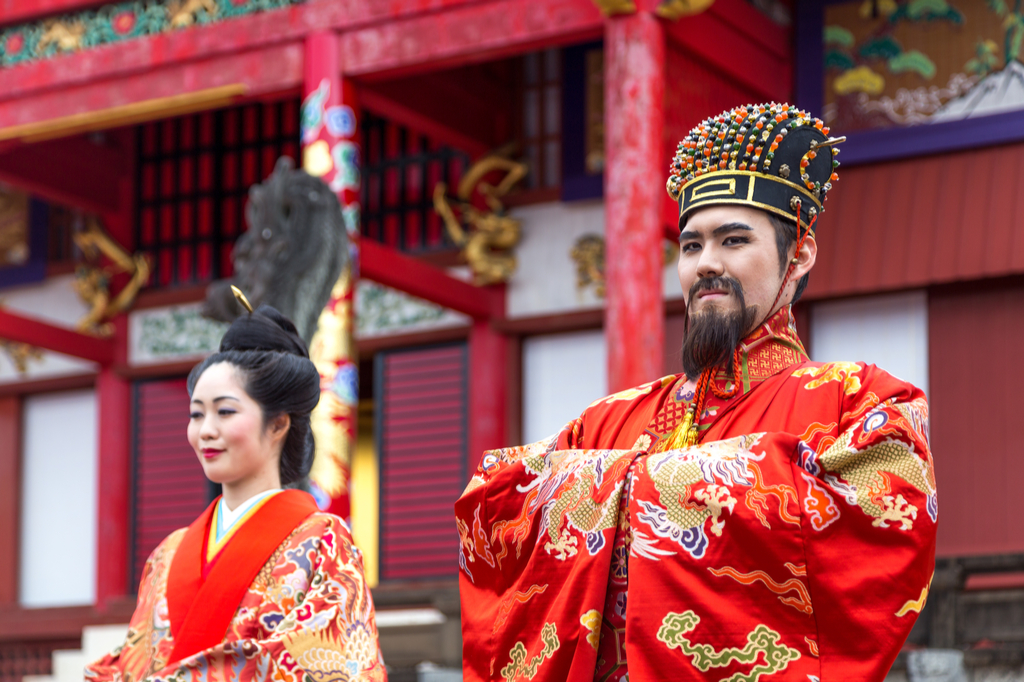 For 450 years, Shuri Castle was the seat of power for the Ryukyu Kingdom and flourished as the political, cultural, and diplomatic center. A culture distinct from mainland Japan, Ryukyu was heavily influenced by its thriving trade with China.

From 1429 to 1879, Okinawa and its surrounding islands were ruled by the King of Ryukyu. The main residence of the ruler, along with his family and court, was Shuri Castle (often called by its Japanese name Shurijo), which is located in the region of Shuri, just east of the now prefectural capital city of Naha.

The inner ward of the castle was first constructed in the 15th century, with the outer ward being completed in the mid-16th century. The structure is a series of interconnected buildings constructed on an east-west axis with its front facing westwards. An unsurprising choice given the close ties with China, as opposed to the Shogun on Honshu.

For centuries, Shuri Castle was the site of the governing institution for the Kingdom of Ryukyu, as well as the religious core. Various religious networks were linked to the castle with countless ceremonies and rituals taking place within the walls. Experts from all fields, including arts and crafts, also flocked to the surrounding city to hone and display their skills.

However, this rich society and culture all came to an end in 1879, when the Ryukyu Kingdom was annexed by Japan. As a result, the royal family was banished from Shuri Castle and the islands became Okinawa Prefecture. The castle was first turned into a Japanese military post, then a school, then a facility, before partial restorations began in the 1930’s.

A Country at War

In 1945, the 82-day Battle of Okinawa took place where ¼ of the civilian population lost their lives. Much of the island’s infrastructure was destroyed by American forces, including Shuri Castle. After the war, the castle site was transformed into the University of the Ryukyus for a period of time.

But, once the university campus was moved, and Okinawans were granted the freedom to once again practice their culture, restorations of the castle commenced and continue to this day.

Discover Japan’s history & culture through its culinary traditions: Sakuraco ships traditional sweets & snacks from all throughout Japan to your door.

On October 31st, 2019, a large fire broke out in Shuri Castle, destroying the main hall, as well as the north and south adjacent buildings. Although emergency services were called within 10 minutes, it took almost 12 hours for the fire to be put out and the result was some 4,200 square metres of castle buildings were completely gutted.

This marks the 5th time the castle has been destroyed in its long and storied history. As a symbol of Ryukyuan culture, the community was quick to pull together and the Naha City officials started a crowdfunding campaign that reached over 3.2 million dollars within a month. As of February 2020, rebuilding had begun and it likely will not be long before this cultural monument is once again restored to its full glory.

Due to the trading relationship between the Ryukyu Kingdom and China, as well as the proximity to mainland Japan, Shuri Castle is a unique mix of both Japanese and Chinese architectural styles. This, combined with its high quality stonework, led to the castle being registered as Japan’s 11th World Heritage Site in December of 2000.

The seidan is the central building and most famous distinctive structure. The building is 3 floors with a two layer structure and features replicas of the king’s throne and queen’s quarters. The beautiful red color that covers most of the castle is made from a mixture of tung oil and red pigment (bengala) and actually served an important role in protecting the building from the harsh Okinawan sun.

The Shuri Castle Festival, Shurijo Koshiki Gyoretsu, is an amazing spectacle where over 700 participants re-enact the royal procession that took place at the start of each new year to visit the 3 temples at the castle. At each temple, the king would pray for peace and order among his people, as well as a bountiful harvest.

Dressed in lavish costumes, the participants put on an amazing performance featuring actors as the king and queen being carried around in sedan chairs, members of the royal court, and dancers.

Given Shuri Castle’s vibrant color, unique decoration, and numerous festivals throughout the year, it should come as no surprise that it is a popular tourist destination for both Japanese and international visitors.

Would you like to visit Shuri Castle? Get a taste of Okinawan culture with our August box: Explore Okinawa.