Can You Tell Kimono & Ryusou Apart? 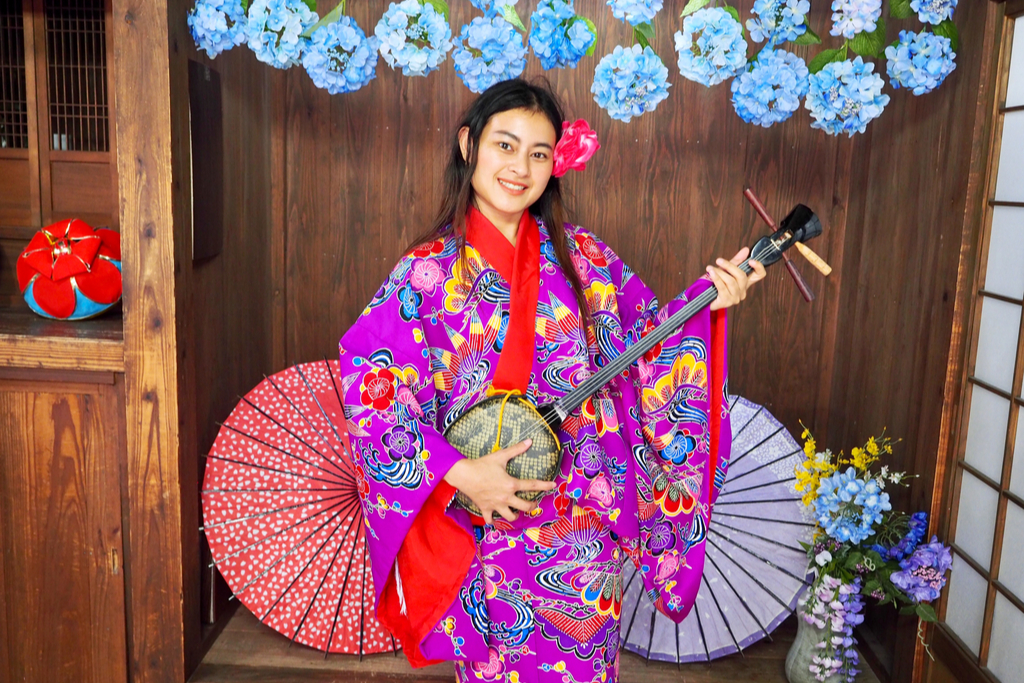 Learn the difference between Japanese and Okinawan traditional dress, then take our quiz!

Many people have heard of kimono and seen images of Japanese women (and men) in this traditional dress. But have you ever heard of ryusou? It’s the Okinawan equivalent and has some key differences from the mainland Japanese version.

When Do You Wear Ryusou or Kimono?

Both ryusou and kimono were initially worn as everyday wear, particularly by the nobility. However, during the Meiji Era (1868 – 1912), Japan went through an industrial revolution and there was a huge influx of western-style clothing. From this time onward, both of these articles of clothing saw a decline in popularity and are now reserved for special occasions such as coming-of-age ceremonies, weddings, and funerals.

Did you know?
The Coming-of-Age Ceremony when Japanese youth turn 20 is a major milestone and event across Japan. It is customary, especially for Japanese women, to wear traditional dress to mark the occasion.

Kimono, like much fashion, was a way to show one’s status. Therefore, people of higher status wore kimono made of silk, fabric that was a luxury. While there are different thicknesses (and colors) for summer and winter versions, the material is still quite heavy.

In contrast, to accommodate the tropical heat of the Ryukyu Kingdom, ryusou were made with high quality plain woven hemp cloth called the joufu. This allowed for more breathability and for the cloth to dry quickly when washed to guard against mold.

The pattern of the fabric is also an important distinction. Kimono fabric is decorated using a variety of techniques, such as brocade and hand painting. Younger unmarried women typically wear more colorful prints and their kimono have long sleeves that stretch down almost to the wearer’s knees. Married women, however, wear more demure styles, usually in pastels with subtle motifs.

Ryusou fabric, however, is all vibrantly colored and made using bingata, a dyeing technique developed in the Ryukyu Kingdom, now the prefecture of Okinawa. The dye is mixed with a starch called nori which is pressed into the fabric with a stencil or by freehand. The fabric is completely covered in fish, flowers and fauna motifs, in bright colors such as reds, oranges, yellows, and blues.

If you have ever spoken to someone about wearing a kimono, usually the first thing they will say is how uncomfortable it is! The process of putting one on is an art itself, called kitsuke, and requires years of training to get right. There are twelve or more separate parts to a kimono ensemble, including: the under shirt (hadajuban), the inner kimono (nagajuban), the ties (koshi himo), the outer kimono layer, the obi, the panel to keep the obi flat, the decorative tie (obiage), the decorative cord (obijime), tabi socks, sandals (zori), as well as padding to create the ideal body proportions and, finally, accessories.

Ryusou does not involve quite as many components, mainly an under layer, obi-like tie, an outer ryusou layer, and finally a coat-like layer reserved only for when going outside. The fit is looser, which makes it a much more comfortable garment. Another important distinction is that it can be tied with the bow in the front, whereas kimono obi are always tied in the back.

In the past, setting one’s hairstyle was an arduous task, so it was not uncommon for women of the nobility to get their hair washed and styled only once a week in order to avoid multiple visits to the hairdresser. Nowadays, however, when wearing kimono or ryusou, it’s more common to see modern and more relaxed updos, rather than the traditional styles.

For kimono, the updo involved combing beeswax into the hair, a very painful process, dividing the hair into three parts, two at the sides, and one on top, before intertwining them into an elaborate bun. Once again, unmarried and married women had different styles.

For ryusou, the hairstyle was the same for both married and unmarried women. The updo was much simpler with all the hair twisted into a bun, further forward than the kimono style, at the crown of the head.

On top of the elaborately coiffed hairstyle, kimono-wearers would typically add a wide variety of hair accessories, called kanzashi. The term is a catch-all phrase for all manner of hair ornaments, from combs, to chimes, to cascading flowers. As with the kimono pattern, if you are young and unmarried, it’s encouraged to choose items that are eye-catching, while married women often opt for something simple and understated.

For ryusou, one of the most striking of accessories is the gorgeous hanagasa flower hat, worn for Yotsudake dance performances. The hat is colored in brilliant shades of red, which represent the lotus flower, alongside cerulean blue for the sky, and with silver waves for the ocean.

Both kimono and ryusou are elaborately made items of clothing, so having a collection of them is a privilege for the few. But, the experience of wearing kimono and ryusou is being kept alive with all-inclusive packages catering to Japanese and international tourists.

Indeed, in central Kyoto and Naha, there are numerous shops that carry wide selections of the garments and accessories, as well as trained staff who can whip them on in no time. And what better way is there to enjoy the historical sites of a city than decked out in full traditional dress?

Think you’ve got the differences between kimono and ryusou down? Take our quiz to find out if you can tell your traditional outfits apart.