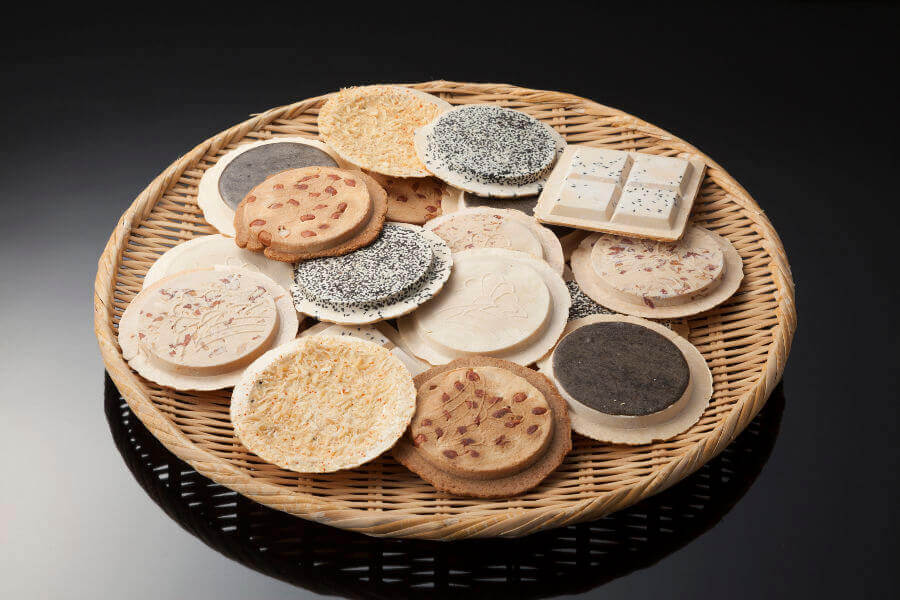 The beautiful seaside city of Hachinohe isn’t well known to most foodies – but it’s most popular dish, a soup known as senbei jiru, deserves a spot among Japan’s most famous fare.

Regional dishes like senbei jiru aren’t something you’ll typically find being served at your nearest Japanese restaurant, but they are special all the same — even more so because they represent what makes certain regions and cities in Japan different from everywhere else.

Tucked away in the northern prefecture of Aomori, the Japanese port city of Hachinohe is a hidden gem surrounded by stunning oceanside landscapes. Every day, the residents of Hachinohe are greeted by the vast expanse of the Pacific Ocean to the east, and by lush, flowery fields dotting the city.

The history of Hachinohe dates back to prehistoric times; the city was already populated by the ancient ethnic group called the Emishi. The Emishi people resided around the Tohoku area (the area that Aomori belongs to), and they were known for being amazing horsemen, skilled in their very own form of horse archery.

Over the succeeding decades, Hachinohe continued to be known as an area native to strong warhorses, and even in modern times, the city honors this history with one of their trademark souvenirs being a wooden horse handicraft.

Thanks to its location, the city of Hachinohe has a land that is ideal for fishing, farming, and livestock, and their local cuisine is a reflection of this abundance. The port of Hachinohe is known as the port that catches the most amount of squid in Japan, and so residents are blessed with fresh squid and seafood that they can utilize in their dishes.

Perhaps the dish most representative of everything that Hachinohe is abundant with is the senbei jiru. The senbei jiru — which we will get to know more about below — is, at its core, a hearty, hot Japanese dish that not only makes your stomach full and satisfied, but is also made out of nothing but the healthiest ingredients, providing you with an all-around balanced meal.

All about the Senbei Jiru’s Special Ingredient

The name “senbei jiru” literally means “rice cracker soup” in Japanese, with the word “senbei (煎餅)” meaning rice cracker, and “shiru (汁)” or “jiru” meaning soup. While the name of the dish might be too literal, at the same time, it also gives us a hint of what the special ingredient of this soup is: a special type of senbei cracker that is an all-time favorite among Aomori Prefecture’s residents, known as nanbu senbei.

Don’t be fooled by its simple appearance; the nanbu senbei is a local staple that has a long history deeply intertwined with the city of Hachinohe. This coastal city has long been on the receiving end of a yearly natural phenomenon called the Yamase wind. This wind is felt from spring until early summer, and it is a strong, wet wind with a history of damaging crop growth in the area. Due to this, local farmers would often experience difficulties with growing rice, owing to rice’s sensitivity to weather phenomena like the Yamase wind.

Discover more of Japan’s hidden local delicacies and more of what Japan’s culinary side has to offer with a subscription box from Sakuraco!

Instead of relying on rice, Hachinohe’s farmers turned to other crops that were more resistant to cooler weather, like wheat, buckwheat, and millet. They then learned how to make flour using these ingredients, and wheat flour, in particular, was a local favorite. Nanbu senbei became one of the by-products of this change in Hachinohe’s agriculture; whereas traditional senbei crackers are made out of rice, nanbu senbei crackers were made out of wheat flour and they became an undeniable necessity among the city’s early residents.

Understanding How Senbei Jiru Is Made

Because it isn’t a very technically challenging dish to make, senbei jiru instead relies on its ingredients for it to shine. While there are a variety of things that can be added depending on your taste preference, there are a few core ingredients that make senbei jiru the beloved dish that it is.

First, you need a soy sauce broth as the foundation of the dish. To add flavor to this soy sauce broth, people from Hachinohe add different kinds of vegetables and their choice of protein. The typical vegetables that are added on to the dish include carrots, cabbages, green onions, burdock roots (known as gobo in Japanese), and shiitake mushrooms. As for the source of protein, in modern times, the default choice has become chicken because of how painless it is to cook, however, other types of meat like pheasant, crab or hare have also been used in the traditional versions of this dish.

Last, but certainly not the least, the nanbu senbei crackers are added to the soup, allowing them to cook until they have an al dente consistency. This means that they should be softer than their consistency when dry, but they should still have a texture that is nice and firm when bitten.

Hachinohe might not have been a place that’s been on your radar before, but just one taste of their local delicacy, senbei jiru, will tell you everything you need to know about this lovely oceanside city. We hope that this has inspired you to dig deeper into Japanese cuisine, and find other hidden gems that are not just delicious, but also have deep ties to the local community’s heart.