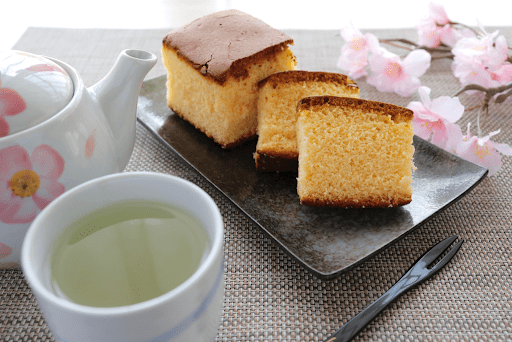 Sponge cake is not something immediately associated with traditional Japanese snacks, but Japan’s history of castella cake is centuries long at this point. One of Japan’s first ‘Western style confectioneries’, the fluffy cake is now more popular in Japan than in its origin country of Portugal and influenced other Japanese sweets along the way.

For many foreign things introduced to Japan, the southern Japanese island of Kyushu was the first point of contact, and sugar is no different. When Portuguese missionaries arrived in 1543, many of their gifts had never been seen before, and European style confectionery was one of them.

Rich confectionery made with eggs, flour and refined sugar were completely different to lightly flavored Japanese sweets made with plant-derived sweeteners, and quickly led to an emerging appetite for more. Up until this trade began, sugar had been reserved for medicinal uses due to its cost. New trade routes made it more accessible and a dessert culture soon emerged.

The Portuguese missionary efforts were eventually ended by the shogunate and Japan closed its doors to foreign visitors in 1641. Trade with the Dutch continued via a specially constructed artificial island however, allowing a somewhat steady flow of sugar and butter.

While it would remain an expensive dessert until Japan started producing its own sugar in the Meiji era (1868 – 1912), Japanese castella shops opened as early as 1793. Besides Western confectionery’s price being too high for many, Japanese taste buds also needed time to adjust.

After ending its long isolation in 1868, Japan went from treating everything foreign with caution to full embrace, leading to a wider audience for Western style sweets and new uniquely Japanese confectionery developing.

Castella’s ingredients are simple: Flour, eggs, sugar and mizuame, a Japanese sweetening syrup made by converting starch to sugar. Somewhat similar to corn syrup, it is used in a lot of wagashi to add a sheen. Baked in large molds, the end result is a fluffy sponge cake that is usually cut and sold in long rectangular shape, or as bite-sized pieces.

Over the years many varieties of flavors developed, with green tea, honey, chocolate and fruits as just some examples. Baby castella, a bite-sized version of the cake is also popular and a regular appearance at Japanese festivals, where it is baked in large molds right in front of the customers. Two pieces of pancake-shaped castella cake are also used to sandwich sweet azuki bean paste in the popular Japanese sweet dorayaki.

Castella makers Sanseisha started making confectioneries in Osaka in 1910. They started with a variety of sweets before focusing on wafers. After the destruction of World War II they restructured and focused on making boro, an umbrella term for baked sweets originating in Spain or Portugal.

Through making egg-based boro, they eventually branched out into castella in 1951, experimenting with different recipes right from the start. In 2009 they ended their boro production to focus solely on castella, which remains their only focus today.

Their star product is the plain castella, sold in the signature long packaging, but they also offer other flavors such as honey, matcha, lemon, cheesecake, and strawberry. They are also no stranger to limited edition collaborations, like their pineapple castella based on a famous traditional pineapple flavored Japanese candy called Pine Ame.

Sanseisha’s efforts in dedicating their entire production to one confectionery they are looking to perfect impressed us just as much as their continued search for new, yet distinctly Japanese flavor variations.

Though castella’s origins are not Japanese, it is very much considered a part of the traditional Japanese sweet landscape now. Castella is a perfect example of the Western style Japanese sweets that coexist with traditional wagashi in current Japan. We are happy to regularly be able to bring you Sanseisha’s delicious castella.

We exclusively work with local, history-rich businesses in Japan, to help support regional communities and precious traditions. Have you tried castella yet? If not, would you like to try? Let us know in the comments below. 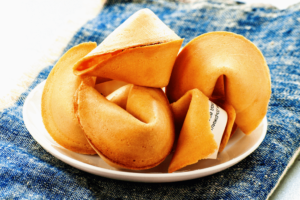 Fortune cookies’ history isn’t what many people think it is, even though they are a