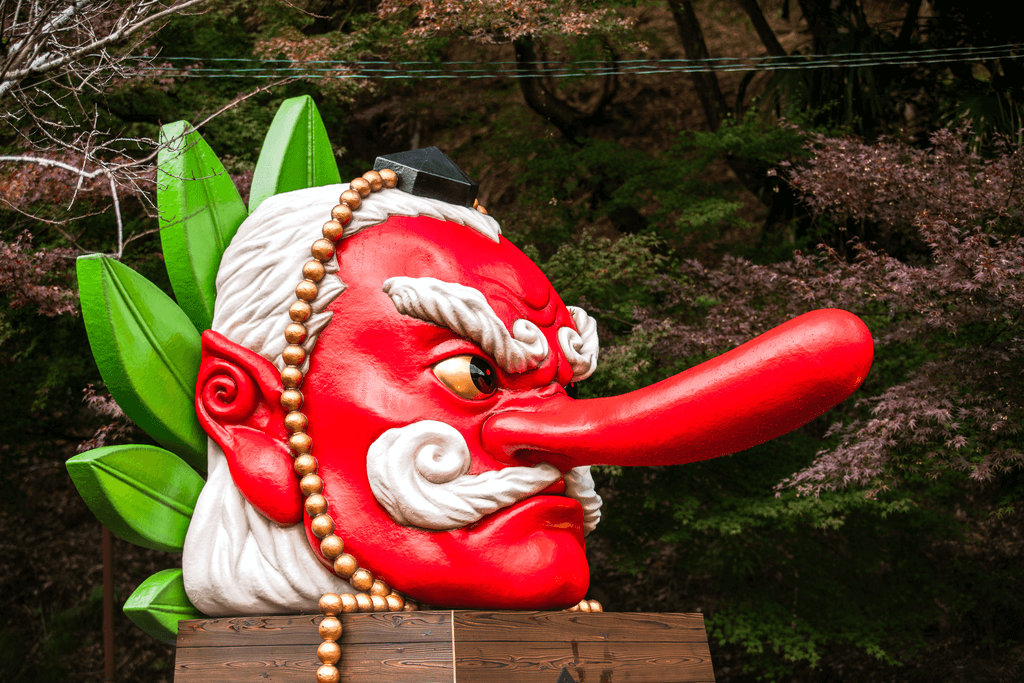 Have you ever encountered the image of a character with a red, angry face and a long nose in a souvenir shop during a trip to Japan? You might not know it, but this is one of the most sacred mythical creatures in Japanese culture called Tengu. Today, let’s dive into the ancient world of Japanese mythology again and discover why this strange creature plays such an important part in the spiritual life of the Japanese!

The Origin of Tengu

Since ancient times, there have been many legends and myths about Tengu, and even now, the true origin of the Tengu is still a mystery.

It is said that this creature is actually a character from a Chinese folktale that was introduced to Japan. The name Tengu comes from Tiangou, a yokai (Japanese ghost or spirit) that lives in the mountains, with a dog-like appearance. It fell from the sky like a shooting star, making a rumbling sound as it fell. Tiangou is known as the Black Dog or the meteorite that causes the eclipse.

According to Kujiki – an ancient Japanese historical text, Amanozako (the goddess who gave birth to the Storm God Susanoo) is the forerunner of Tengu. In Buddhism, the legend of Tengu is related to Garuda, the Hindu deity resembling a bird of prey.

Some people even rumored that Tengu was an old Westerner who was shipwrecked and drifted into the waters of Japan. They have large bodies, white skin, high noses, and red faces from sun exposure and often live in the mountains and forests. Therefore, when local people encountered them, they created stories about Tengu.

Tengu are also known as Japanese ghosts imprisoned in the underworld. They are the souls of Buddhists who can’t go to hell, but because of the karma they created, also can’t go to heaven.

There are actually different types of Tengu in Japanese folklore as well. Those who died with power will become Daitengu – a species with high intellectual ability; and the poor will become Kotengu – the weaker species that can be easily deceived by humans.

The origin of Tengu causes people to both debate and speculate, but in general, this creature has many different nuances, intertwined between historical reality, fantasy, and mystery elements.

Want to experience Japanese culture without having to make the trip to Japan? You’ll like what Sakuraco has to offer! Sakuraco delivers traditional Japanese sweets, snacks and tableware from across Japan to your door monthly, so you can have an authentic Japanese experience at your convenience!

Tengu is also known as “heavenly dog” because of its original form as a hybrid between a human and a dog, descended to earth from a fire meteorite. Over time, they evolved into a bird-human hybrid with a beak-like nose, wings, and feathers and sharp claws. The avian characteristics also include a bird-like way of life, spawning from large eggs that nest in old trees. It seems that female Tengu has never been mentioned, and they are mostly depicted in male form.

The human-like Tengu will disguise themselves as Yamabushi, ascetic monks who often live in the rugged mountains. They wear small black hats and robes, carry a staff, wear high clogs, and hold a fan made of feathers or leaves called hauchiwa that can be used to change the length of their noses and control the weather.

The ancient image of the Tengu is associated with a bird of prey with a large beak in the middle of its face. However, by the 14th century, the beak was gradually replaced by a long, large nose on a red face and a large body with wings on the back. This strange appearance, which has endured to this day, is decorated on masks and statues in Japanese Shinto shrines.

Thanks to its avian shape and large wings on its back, Tengu are very capable of flying and moving very fast. In addition, the Tengu is a master of transformation, and they often use this ability to tease and deceive people. However, unlike other yokai, like the kitsune (fox) or tanuki (racoon dog), Tengu rarely harm humans.

On top of that, their power lies in other extraordinary skills, such as magic, done by chanting with its magic feather fan. In terms of fighting ability, Tengu were very good at martial arts, and in the old days, Tengu taught martial arts to ninja, samurai, and swordsmen.

When facing humans, Tengu’s telepathic abilities also allow them to communicate without opening their mouths, manipulating and reading humans’ minds.

In the folklore and beliefs of Japan, Tengu are strange creatures, symbolizing the two opposite sides of life, that is, good and evil, or gods and yokai. The true nature of Tengu is difficult to distinguish, good or bad, and are probably all in terms of concepts and stories created by people.

Since ancient times, Buddhism has regarded Tengu as a demon that causes trouble and portends war. They often kidnap, harm, or even kill monks and nuns. However, as time went by, this idea gradually changed. The image of the Tengu became the guardian spirit for monks in the mountains, with past events being inherent mischievousness of Tengu.

In Japanese culture, Tengu are also often labeled as a yokai because of their aggressive, arrogant personality. The disappearance of people missing or lost at the time were also blamed on Tengu. However, those who are kidnapped by Tengu will usually return to a location far away from where they were captured and will not remember anything about it.

According to the old legend, Tengu only punish people when they encroach on the territory, the forest, or the nature that they protect. Those who violate or insult them will receive a terrible punishment that causes the whole nation to live in misery. That’s why humans fear and respect this creature. Nowadays, shrines often have Tengu statues to convey the desire of the locals to live in the peaceful land.

What do you think? Is the Tengu a sacred being or a scary demon? Share your ideas in the comment below! 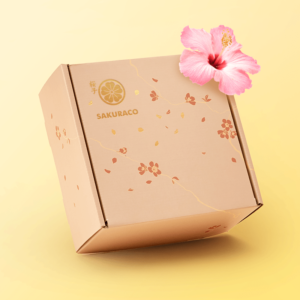 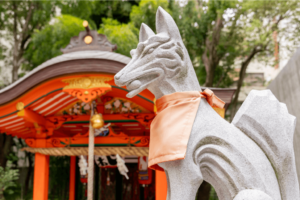 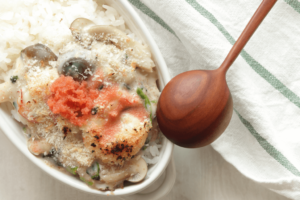 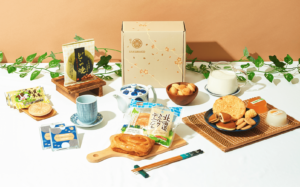