Five of Japan’s Most Famous Festivals 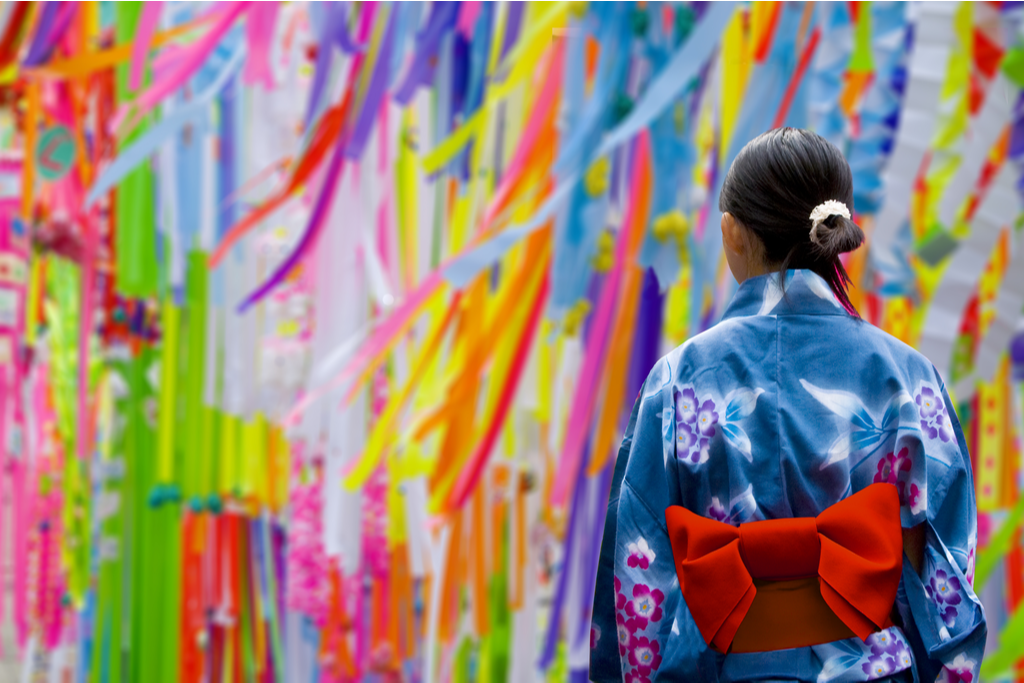 The Japanese word for festival is matsuri and there are as many reasons for Japanese festivals as there are festivals. Some may have their origin in ancient Chinese festivals, which were imported to Japan centuries ago, and often have little similarity to their original form. Others might be rooted in seasonal changes, like harvest festivals. Then there are those honoring ancestors or deities, sometimes in particularly unique ways.

Religion in Japan does not work in the same way as in the Western world. Japanese people take part in both Buddhist and Shinto rituals, the latter of which represents Japan’s unique religion of Shintoism.

Performing rituals, like praying at a shrine for the New Year, is more important for Japanese people than studying or abiding by scriptures. Even though most people will take part in at least some rites in their lives, they would not call themselves ‘religious’.

Shintoism is particular in the sheer number of its deities. It is said there are eight million gods in total, meaning there are spirits literally everywhere. Local deities are extremely common, tied to one area or even village in particular and leading to rites that differ between regions.

You could spend a lifetime visiting all of Japan’s different festivals and still not be able to see them all, so let’s have a look at some of Japan’s most unique festivals:

Dating back to 1950, Sapporo’s Yuki Matsuri, literally Snow Festival, is the youngest festival on the list. Held in February of every year, it is also the earliest.

Located on Japan’s northernmost island of Hokkaido, Sapporo gets snowfall almost 6 months of the year. It should come as little surprise then, that snow is also at the center of its most famous festival.

The origins of the event are humble: 6 high school students held a 1-day event of building snow sculptures in Sapporo’s centrally located Odori Park in the winter of 1950. The scale of the event gradually increased, and over the years more and more schools took part. Eventually the competition evolved from the local to the national, and finally the international level.

There are now three main sites, as the event has outgrown Odori Park, but the focal point of the festival are still its ice and snow sculptures. Some 400 sculptures are displayed every year, with interactive exhibits such as snow slides also present. Have a look at our Sapporo Snow Festival Guide for more info.

Next up in the calendar is centrally located Gifu prefecture’s Takayama festival. Its schedule is unique, as it is held twice a year, on two days every April, and two days every October. The different iterations are simply known as Spring and Autumn festivals, and despite revolving around two different shrines, the schedule is largely the same.

Takayama is well known for the skill of its carpenters, making it only logical that its festival revolves around lovingly crafted wooden festival floats which are pushed around its streets. Each of the city’s neighborhoods features their own float, some of which feature impressive mechanisms that work entirely without electricity. Dancing puppets are just one example.

The event is hugely popular, and ranks amongst Japan’s top three most beautiful festivals. Hotel rooms tend to get booked out months in advance, as Takayama is an otherwise small and sleepy town, nestled deep inside the mountains.

Taking place across the whole month of July, Kyoto’s Gion Matsuri is perhaps the most famous festival in Japan. Many different events take place, but the parade of floats on July 17th is particularly spectacular.

The scale of some of the 33 floats used in the parade are impressive. They are up to 25 meters tall, can weigh up to 12 tons and are pushed around on wheels the size of a person. Accompanied by traditional music and people in traditional Japanese costumes, this festival might be the best way to time travel back to feudal era Japan.

Held in early August of every year, Aomori prefecture’s Nebuta festival is yet another visually stunning festival. Celebrated across the whole region in northern Japan, the festivities revolve around intricately constructed festival floats made out of Japanese paper. The floats are essentially supersized Japanese lanterns, which depict gods and historical or mythical figures from Japanese history.

The style of the floats differs depending on the city, with Aomori City’s floats built to be wide, Goshogawara’s floats rising high, and Hirosaki’s floats in a fan shape.

Taking place on Japan’s smallest main island of Shikoku in the middle of August, the Awa-Odori is a one-of-a-kind dance festival. Taking place during Japan’s Obon festivities, a festival celebrating one’s ancestors, hundreds of dancers take to the streets. It is believed that the spirits of ancestors come to visit during this time and like to be entertained.

The style of dance for Awa-Odori is as unique as its motto. Born out of what is described as ‘Drunk dancing’, the festival follows the motto ‘Fools dance and fools watch, if both are fools, you might as well dance.’

Dance steps are simple, but groups distinguish themselves with different costumes and step variations. Streets are closed down and dancing happens everywhere, but the professional groups will stick to multiple stages that require entrance fees.

These five matsuri just scratch the surface, but they are some of the most famous and spectacular ones Japan has to offer. Have you visited any others that are missing from this list? Are you looking to visit any of these? Let us know in the comments below!