All About Yokan: the Traditional Japanese Jelly Candy 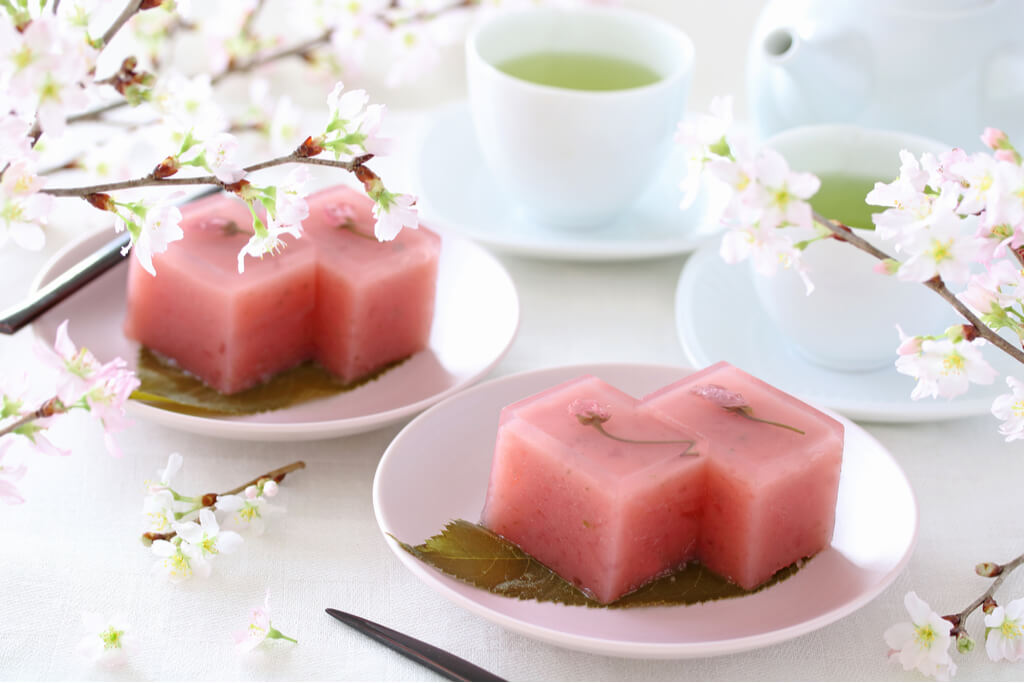 Yokan, a traditional Japanese jelly candy, is one of Japan’s oldest sweets. This block-shaped, translucent, subtly colored snack is unassuming in appearance, but is actually a sophisticated, Japanese dessert with countless variations appealing to modern tastes.

When it comes to traditional Japanese sweets, or wagashi, you’ve probably already heard of all the classics. You’ve already learned all about mochi and sweet and sticky dango (Japanese dumplings). The Colorful star candy konpeito and crunchy, fish-shaped cake, taiyaki has been on your radar for a while. But there’s another wagashi that more than deserves its place in the canon: yokan (Japanese jelly candy). Yokan is made from red bean paste, agar, and sugar and it is one of the oldest of Japan’s line-up of traditional confectioneries. With its block-like shape and translucent, subtle coloring, it’s also one of the most unassuming. But don’t be deceived! Yokan is a subtle, sophisticated Japanese dessert with countless variations sure to appeal to modern tastes.

The History of Yokan

Yokan was first introduced to Japan from China in around 1191. The word itself contains a number of clues as to the origins of this jelly dessert. Yokan, written 羊羹, contains both the Chinese character for “sheep” (羊) and “broth” (羹). Originally, it was a Chinese jelly derived from boiling sheep gelatin while making mutton soup. Once cooled, the gelatin in the soup solidified into a texture similar to jelly. However, the monks who imported the dish into Japan were Buddhists devoted to vegetarianism. As such, a new version of yokan was developed using Japanese azuki beans, also called sweet red beans, anko, or adzuki beans. This is the yokan we’re familiar with today.

There are three main types of yokan being made today: neri (paste), mizu (water), and mushi (steamed). Neri yokan is the quintessential Japanese jelly candy, using a sizable portion of agar to make the resulting jelly stiff and paste-like. Mizu yokan, on the other hand, uses less agar and more water, producing a lighter, smoother jelly. Thanks to its high water content, it is especially popular during the summertime, when it’s consumed as a sweet, refreshing snack. Finally, mushi yokan omits agar entirely, giving the jelly structure by incorporating wheat or arrowroot flour and steaming the result.

Want to delve deeper into the world of wagashi? Sakuraco delivers authentic Japanese snacks and sweets right to you and ready for tea time.

Although typically made using sweet red bean paste, another variety of yokan is made using shiro-an, or white kidney bean paste instead. The difference in taste is subtle, creating a jelly that is milder and milkier than the traditional version. Yokan using shiro-an can also be made any of the three ways above, and some yokan artisans even like to use both white kidney bean and red bean paste in order to create elaborate, eye-catching patterns in their jelly.

Finally, yokan can also be classified by common variations and additions. While a lot of yokan is still served plain, some varieties involve incorporating fruit and nuts as well as various toppings. Some of the most popular of these include imo (sweet potato), made with Japanese sweet potatoes instead of adzuki beans; kuri (chestnut), where the jelly is filled with sweet chestnuts; and matcha (Japanese green tea), made with shiro-an (white bean paste) and then both colored and flavored with green tea powder. If you’ve ever wondered how to use kinako (roasted soybean powder), sprinkling yokan with crumbly, nutty, kinako soybean powder is also an excellent option.

How to Make Yokan

If you live in Japan, yokan is pretty easy to get your hands on. It is readily available in wagashi speciality shops and grocery stores around the country. For those outside of the land of the rising sun, there are plenty of online stores taking advantage of its long shelf-life to sell yokan overseas with fast and free shipping. However, there’s also another way to get these jelly desserts into your life without having to wait: making it yourself!

That’s right—yokan is super easy to make at home, with tons of Western and Japanese recipes online to help you make the perfect red bean jelly. In fact, base recipes usually call for as few as 4 ingredients: red bean paste, water, salt, and kanten agar powder (also known as agar-agar and is similar to gelatin). First, you’ll need to dissolve the kanten agar powder with water in a small saucepan, whisking and simmering until the powder has completely dissolved. Then, incorporate the red bean paste and salt, stirring until combined, before removing from the heat and letting the mixture cool slightly.

Once the mixture has cooled enough to handle, but not so much it has begun to solidify, pour it out onto a prepared pan. There’s a traditional Japanese dish ideal for this purpose called a nagashikan (a pan mold for eggs or tofu), but any regular baking dish or heat-proof plastic container will do. If using any additives, such as store-bought kuri kanroni (chestnuts in syrup), you’ll want to make sure to only pour out a thin layer of your jelly mixture to begin with. Wait until this base layer has cooled and hardened, and then place your chestnuts, white peaches, or other filling on top before covering with the rest of the mixture.

Finally, it’s time to play the waiting game: cool the mixture for a short time on the counter before transferring it to the refrigerator for approximately two hours, or until completely chilled. All that’s left is to carefully remove your jelly from the container, slice it into cubes, and enjoy!

Yokan is one of the oldest and simplest traditional Japanese sweets, but that also makes it one of the most accessible. Its plain, geometric presentation evokes the calming beauty of Japanese minimalism, while its subtle flavor profile and light sweetness make it the perfect complement to a cup of rich, bitter matcha. Best of all, it’s completely customisable, with variations incorporating figs and persimmons, alternate sweeteners like honey and brown sugar, and even the option of supplementing the main ingredient of sweet red bean paste for lighter, milkier shiro an. Next time you see these unassuming little blocks, don’t be put off by the gelatinous texture or suspiciously long shelf-life—yokan has more than earned its place in the Japanese wagashi canon.