A Simple Guide to Legendary Female Mythical Creatures of Japan 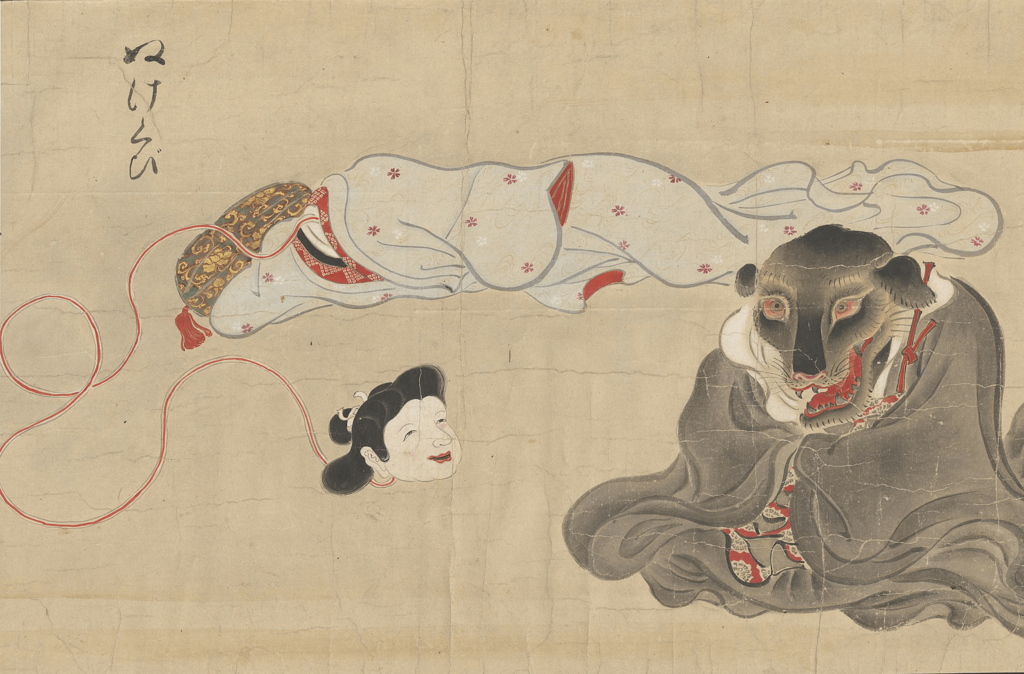 The legendary female mythical creatures of Japan are a staple of Japanese mythology and folklore. Many are beautiful, yet cunning and even deadly. Their stories have influenced many aspects of traditional Japanese storytelling, and inspired many facets of art as well. Therefore, in the spirit of Halloween season, let’s take a closer look at these well-known female demons and ghosts.

There are hundreds of demons and ghosts in Japanese mythology, referred to as yokai (mythical spirits), yurei (spirits of the deceased), and obake (a transformed being). These creatures have been around for centuries, but only became popular during the Edo period. During this time, the art scene flourished, and brought forth many depictions of these mythical creatures.

One of the most famous art scrolls is the Hyakkai Zukan (The Illustrated Volume of a Hundred Demons) by Edo artist Sawaki Suushi. It features 100 different types of demons and ghosts. This art scroll greatly influenced the world of Japanese demons and ghosts as we know it today. This work inspired anime such as Yokai Watch and manga like GeGeGe no Kitarō.

Nure-onna or in English, “Wet woman” is a type of yokai that resembles a snake-like reptile with a woman’s head. Their name is based on the imagery that their hair is always wet. They are said to live in places such as rivers, oceans, and lakes. Particularly, they are found in the regions of Kyushu, Niigata, and Fukushima.

Nure-onna often disguise themselves as distressed women carrying a bundled-up baby. They cry out for help to people passing by, often fishermen, in hopes of luring them in and asking them if they can hold their baby so that they can rest. Those who are tricked by a Nure-onna unfortunately meet their demise.

Okiku is a yurei belonging to one of the Nihon San Dai Kaidan—Japan’s Big Three Ghost Stories. She was a dishwashing servant girl who lived and worked in Himeji Castle. Okiku was very beautiful and caught the eye of a samurai called Aoyama. Aoyama tried very hard to seduce Okiku but she ignored all his advances.

Due to Okiku ignoring all Aoyama’s advances, he decided to kill her and put her in a well. Soon after, wails could be heard from the well and at night her ghost would travel throughout Himeji Castle.

The legacy of Okiku lives on in modern Japanese works. The most famous example is in the internationally acclaimed horror film The Ring. It features the antagonist Sadako, a vengeful ghost with qualities similar to Okiku.

Kuchisake-onna is a vengeful spirit whose name refers to her mutilated face – her mouth slit from ear to ear. It is unknown who did this, but most legends attribute it to either her husband or a medical procedure.

She will normally approach potential victims with her mouth covered, asking if they think she is beautiful. Depending on the individuals’ answers she might spare them or kill them. According to legend, one way to survive an encounter with Kuchisake-onna is to simply say she’s “average” looking. Another option is to appease her with money and hard candies.

Jorogumo is a type of Japanese yokai that is also an obake. They are a type of spider that can shapeshift into a beautiful woman when they wants to eat humans. When jorogumo are in their female form their shadow still takes the shape of a spider.

They typically live in forests, empty caves, or houses. Their favorite prey is young, handsome men who are lonely looking for love. They usually seeks them out in human form. Once the jorogumo spots someone suitable, they invite the man to their house and slowly kill them.

The jorogumo appears in many Edo period writings such as in the Taihei-Hyakumonogatari and Tonoigusa.

Yuki-onna or, “Snow Women”, is a pale young women that inhabits snowy regions, particularly in northern Japan. They are very beautiful, with smooth, snow-white skin and long, black hair.

According to legend, even a mere touch from the yuki-onna is enough to chill you to your core. When they walk, they leave no snow tracks, some legends even say they float. They appear before lost travelers during snowstorms. Instead of killing their prey, they pursue a relationship with them. The only condition, is that the traveler never reveals their true identity to any one.

Hone-onna or “Bone woman” are female yokai that is seeking her former lover.  They depict themselves as a young, attractive women who wears a yukata or kimono.

One hone-onna is depicted in the Botan Dōrō (The Peony Lantern). In the story, after her death, the hone-onna named Otsuya famously holds a red peony lantern while pursuing her former lover.

They do not seek their former lover out due to revenge or hate, but rather to continue their relationship. As the saying goes, “love is blind”. Typically, many people do not see their skeleton figure at first. But once they come to their senses, many are shocked to see their lover is now a skeleton.

Fortunately hone-onna generally have no ill-intent. Therefore, most people don’t fear them. Instead, they allow them to remain by their side until they finally pass on.

What other legenday female yokai of Japan have you heard of before? Which ones are your favorites? Let us know in the comments below.